So I got to thinking earlier today. You know how messed up Nightwing has been pretty much since the launch of the New 52? I came up with something that could have worked. It something that could have potentially saved another character as well.
Do you remember they outed Dick Grayson as Nightwing, and he became a super spy for a while in his own title GRAYSON? What if they never brought him back as Nightwing? What if they went in a different direction? What if someone else took the mantle? What if Tim Drake became the new Nightwing? He’d appear in the different red costume they used upon Dick’s return.
Now hear me out. Instead of using the lame new origin they came up with for Tim, keep his Robin background. Have him pick up the Nightwing mantle as a way to honor his “brother”. Tim and Dick always had a really close relationship. I could honestly see Tim wanting to step into the role knowing Dick was no longer able to and the role of Robin was now lost to Damian. It could have been an interesting progression for both characters. Dick could have run in the spy role, and eventually Batman for a while, and Tim would have actually had a role besides the lost Red Robin role. What do you think? 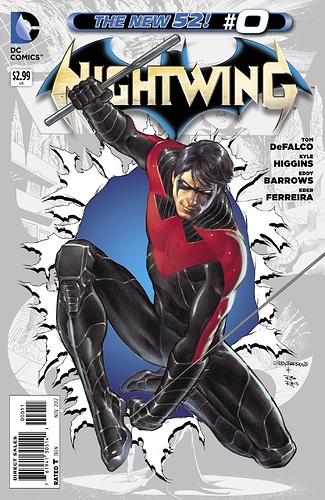 That could be a great idea. Better than they’re doing with Drake now.

I agree that Tim taking up the mantle of Nightwing would have been great for his character but would prefer to see a return to form for Dick. I’ll always love Dixon’s run on the character