The [New to DCUI Book Club] presents: a curated selection of what to consider reading from New Releases DC Universe Infinite June 15th

We are thrilled to have the first issue of Milestone’s Static appear here on DC Universe Infinite the same day it hits the stands new! Static: Season One #1 DC UNIVERSE INFINITE 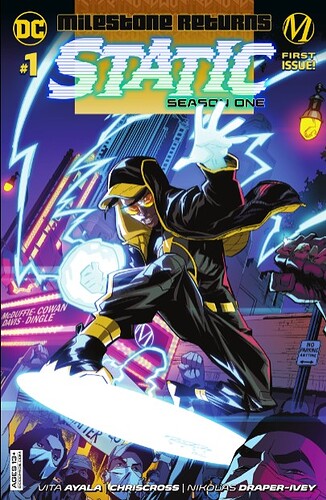 Please tell us your reactions to this “reboot” of classic ‘90s Static!

A Batman series again headlines this week’s suggested curated reading from the DCUI New Releases, Detective Comics #1032 , the next to last chapter installment on the Road to Ruin storyline that leads into Future State. DC UNIVERSE INFINITE 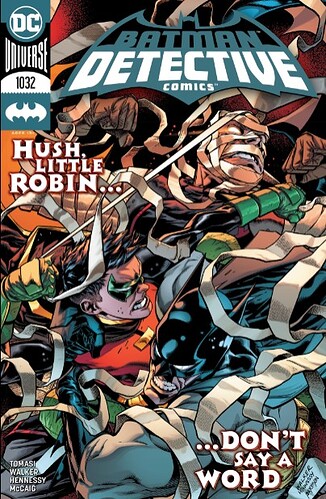 Road to Ruin runs through Detective Comics #1028-1033, so if you haven’t been following this, here’s a link to the first issue of the storyline: DC UNIVERSE INFINITE “Spinning out of the events of “The Joker War” and Detective Comics #1027 comes a tale of the beginning of the end for Gotham City’s status quo. With tensions flaring and a new mayoral candidate making his anti-hero agenda known to the city, Batman and his allies are stretched thin to keep the peace. But just as things couldn’t look any worse,”

Also being featured again this week, the third issue of The Next Batman: Second Son

DC UNIVERSE INFINITE “Jace has his most difficult moment upon returning to Gotham—the reunion with his father Lucius!”

Six months ago the Death Metal epic had just wound down, and that December 2020 the 8-part “Endless Winter” crossover event started up! We continue this week covering all 8 issues of that storyline with these next two chapters to the story (in this order): 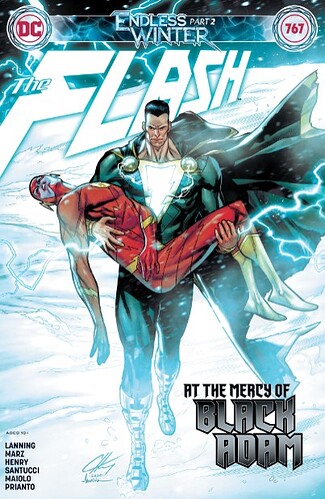 As Flash and Black Adam team up, a story from Black Adam’s past reveals his connection to the threat that now returns to end the world with freezing ice and fearsome frost! 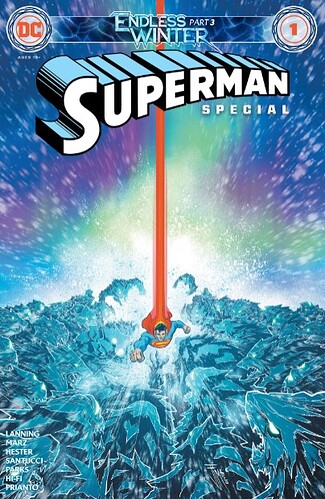 Superman finds himself at the center of an epic battle as the Frost King’s hordes of ice monsters come to life. Can he stop it? The answer to this question comes from an unlikely source close to Clark Kent’s earthly roots!

If you like, display favorite panels as well! Let’s celebrate this week’s haul on DC Universe Infinite!!

Which one shall I sample first? I feel like Goldilocks and the 3 Bears here while they’re away lol.

I really enjoyed it. Nice to see Virgil explain some fighting skills, but also where he gets the ideas for use of his powers.

I also like the idea that he hears electric buzzing in his head.

I’m looking forward to some space being given to add some depth to his cast beyond typical Mom, Dad, potential girlfriend, and bully.

I’m personally very excited for the Milestone reboot, I’m glad you’re following it as well. I followed them quite closely back in the early 90s and still have quite a few of them, especialty the Hardware issues and some Icon.

Really enjoyed Static Shock #1 it’s so nice to have a day and date comic again!

The tenth Century Justice League looks very interesting, again reminding me of what they do with the Ancient Avengers over at

Here’s one of the members of the 10th Century JLA in modern-day; I don’t know where he gets the bad rap from, seems like a friendly helpful sovereign! 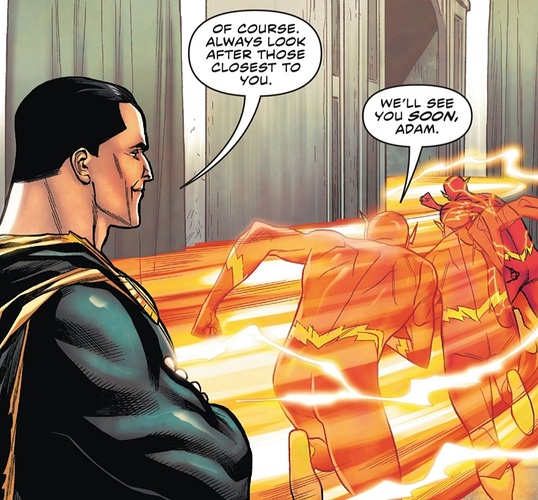 I enjoyed STATIC. It was a solid read. Can’t wait for #2 and to see how he develops in this new version. The cast was solid, Static’s inner turmoil was well played, and I can’t wait to see how things turn out with Hotstreak.

I didn’t read the ENDLESS WINTER stuff when that came out so I’m excited to dig in now that I have DCUI!

I hated seeing that house go on fire I was like, " noooooooo…"

Yeah that is going to weigh heavy on Virgil for sure.