This week, the New to DCUI Team recommends:

Digitial Firsts:
Harley Quinn: The Animated Series: The Eat, Bang, Kill Tour #1
What happens after Season 2 wraps up? This digital-first will dive straight into that. 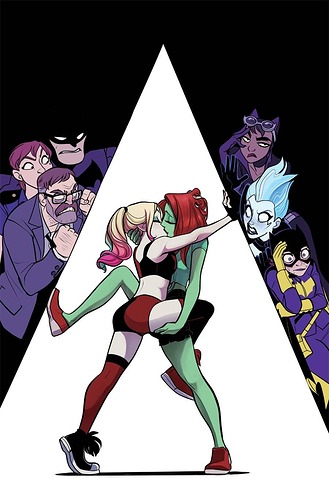 Future State:
Future State: Batman/Superman #1
When everything went to hell in Future State Gotham, where was Superman? How does Superman fit into the puzzle of the Magistrates Regime? 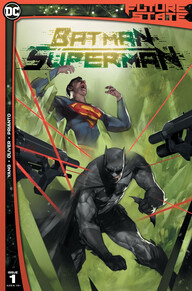 Future State: Dark Detective #2
Bruce is trying to figure out how to stop the magistrate. Let’s Continue his journey in a wonderful story really asking questions about the extent to which futuristic surveillance could go.

Future State: Aquaman #1
It’s time to learn about Andy and Jackson Hyde’s story. After being born recently in Aquaman Comics. Now we get to see what Andy is like.

Great Out of Continuity Reads
The Other Side of the DC Universe #2
If you are NOT reading this series, this is the must read of the year. A series that dives deep into characters of color and analyzes who they are, and the meta-narrative around them. This mini-series is something special. Issue 2 dives into Katana!

As always let us know what you read and feel free to chime in on your favorites, and remember WE ARE ONE MONTH AWAY FROM INFINITE FRONTIER!!!

Books I didn’t include because they are bad:

LEGION OF SUPERHEROES was so bad. I rarely give up on a book before I finish it, but this one was deserving of a white flag. And Bendis wrote it, who may be a polarizing writer, but this book wreaks of amateur craft work.

It makes no sense, is incredibly dense, and gives no sort of setup for anything. It just starts dropping stuff on your head left and right and assumes you are keeping up.

I didn’t even read the second issue, but I know a few masochists so I hear that it was much improved. Too little, too late for me though. I agree, just pretend it doesn’t exist.

Interesting selections. Might dive into the HQ issue real quick but I’m pretty good on this week’s FS selections. Those two weren’t bad and worth a read, but I don’t know that I enjoyed them enough to read more than once.

I really liked the Cosmic Ocean concept in FS: AQUAMAN though. That was really cool.

Yep…I read it. More of the same rought stories. He clearly paid no attention to that story.

It’s hard for our Legion Club to look away from this one. I sure hope it’s just a potential future.

This seems like a much younger Bruce Wayne strangely in a Future State. The assumed death of Batman is strange since there obviously is no body to prove this, same for the death of Bruce.

The writing and art are fine. I just highly question Batman ever letting himself be in a situation where he doesn’t have like a dozen safe houses stacked with cash and weapons etc.

In Future State we have what feels a lot like the X-Men Age of Apocalypse alternate timeline where evil wins big and heroes are underground.

Some would say that is the current state of our world, especially those not living in the USA but feeling our conglomerates’ oppression.

Me, I just joined an “oppressive” coffee club of the month lol.

I liked the Harley Quinn book. I loved the show and it is neat to see a continuation of it.

Yeah!!! It was super fun! I was very pleasantly surprised

I was surprised though that Ivy was that broken up about Kite Man leaving. In the show it almost seemed like a relief to her.