Misc.
Injustice Vs. The Masters of the Universe #3
The Wildstorm #17

-Justice League #8 though knowing some continuity going in would be nice. It isn’t imperative to enjoying the second arc. For anyone interested in reading the Drowned Earth crossover, this is a must read! It also starts to move the ball rolling, but should be fairly accessible.

I Recommend in order 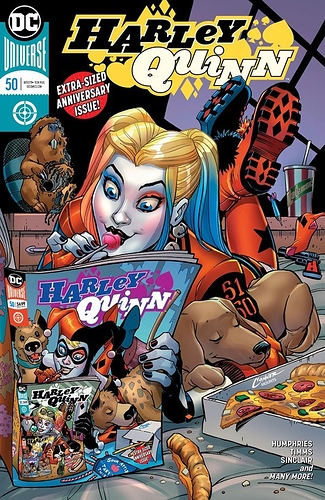 Let’s see now, what shall I add to my Weekly Reading List?

I already read Batman #55, so I’ll skip that one.
Have to read Justice League #8 (but still haven’t read #7 from last week, guess I’ll read two at once!)
I will absolutely take a look-see at Newly Digitized Detective 326, LL 15 and JO 2.

Other than that, Injustice vs The Masters of the Universe #3 may again be a triple play where I read all three issues this week. I do like a lot of Tim Seeley’s writing (like Revival, brrrr). I seem to recall Freddie E. Williams II can draw decently as well!

Once the Wildstorm gets past issue 22 or 22, I’ll pick up the last two issues here as well. Great great fun story!

Always love it when Harley Quinn and Damage come out the same week. 2 of the three titles I am reading as they are released on DCU (the third one is the Bendis Superman if anyone was wondering).

I looked up Nathan Dusk and didn’t realize he was apparently part of Doomsday Clock which I haven’t read yet. Glad I saw that because with last weeks was baffled why they were digitizing Nathan Dusk of all things. lol.

@DanTheManOne1 are you into Action Comics or Supergirl or just Superman. The three series make up the family and tell the full story of Bendis Superman. Supergirl is the story of Rogal Zar. Action Comics is the fires and prep for Event Leviathan, and Superman is the Space Opera-like story.

Oh joy, the beginning of Ric Grayson is upon us. How blessed we are.

Passive-aggressive commentary on DC’s stupidity regarding Batman’s first sidekick aside, I do like this lineup of new issues.