-Hal Jordan and the Green Lantern Corps #50 is the finale of the Space Opera Series. The Darkstars and Green Lanterns Corps come to a big final fight and What will happen to Zod and his family?
-Suicide Squad #45 is the start of the final Event of the Summer!!. Aquaman/Suicide Squad Sink Atlantis is a 4 part arc focused on the tensions arrising from Atlantis Rising to the surface.

-Red Hood and the Outlaws #25 Tensions are building rapidly between Batman and Jason. Can the Outlaws stay together or is Jason going to go solo?

The Flash: Reckoning of the Forces
The Flash #52-57

This week we talked about The Titans Trailer, Young Justice Ep. 21, and the road to DC Universe Year One. 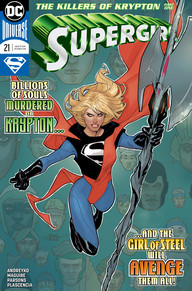 Thanks as always. Shame the back issues are so small again, although most are.larger books.

It’s funny how the whole community has an away become jaded to the arrival of this great new stuff every Tuesday morning.

When we see these new comics being loaded, I’m still excited!

Along with the Flash and Detective, I’m definitely marking Supergirl and Superman for reading this week (although my inner child is silently weeping inside because there’s no new digitized old Detective or Lois Lane from the 50s and 60s)…?

Remeber I put this out before the official announcement so sometimes I’m wrong.

(I write reading orders on this stuff for a reason…)