3.The Big Stuff this Week
Heroes in Crisis #1 Love it or hate is, things will never be the same for two characters. Who will live? Who will die? Who will be the accused? And what is the nature of trauma in superheroes? It all begins NOW!!

Doomsday Clock #7 finally reveals Doctor Manhattan’s role in the DC Universe. How is he involved? You’ll have to wait and find out! 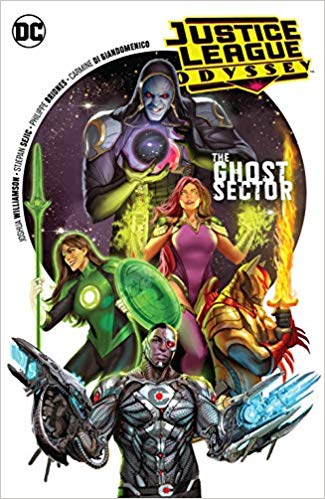 Thanks as always. Really looking forward to checking out Heroes In Crisis.

Did you notice Superman #4 that appeared here I believe last week, 1940, was the first appearance of Luthor?

Really looking forward to revisiting Doomsday Clock #7 and The Flash #55.

People can complain about the waits all they want but I don’t care cause the comic has been worth it each and every time. Probably helps I’m used to long waits from Image books as well. If 1-6 set up the dominoes, 7 begins to knock them down. Doomsday Clock rules!

I have been reading and buying The Flash since it relaunched in 2016 under JW. I have stuck around for each and every issue up till the current #79. Revisiting this will be fun considering I was glad to finally have an arc on Heatwave! Also I really enjoy Scott Kolins’ art as well. Seeing Barry react to all the other forces has played out nicely too.

Just read Actoon 1003 …probably one of the better of the comics of this so far. enjoyed the Batman appearances, the drama of Clark being sick from the kryptonite in the purse.