So, I’m doing a rebrand of the book club to be more clear about the intent. I chose New to DCU Book Club because it is about reading the current batch of comics. I will make an effort to include starting points and covering big points.

The plan is to read all of

And various starting shots and issues of importance. This is the perfect club to start with the titles that are brand New to DCU. I will always mark one comic as Jump On as well for anyone interested. Please give feedback if you have a better idea.

Justice League #2 ←- If #1 was about tone and foreshadowing, #2 is about scope and beginning the story!! 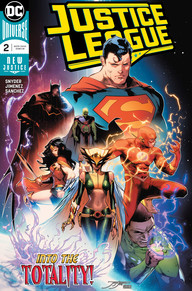 Nice pacing, good use of three main settings-
John G Green Lantern in space
Justice League on the ground next to the totality that looks like a giant human head sideways on the ground
Lex Luthor and the Legion of Doom in some deep underwater ocean 100 year old retreat

This scene of the Flash and Hawkgirl after he spends three pages begging to join the team venturing into the Totality, but finding out it requires shrinking down and being inside Martian Manhunter is some grand humor pacing! 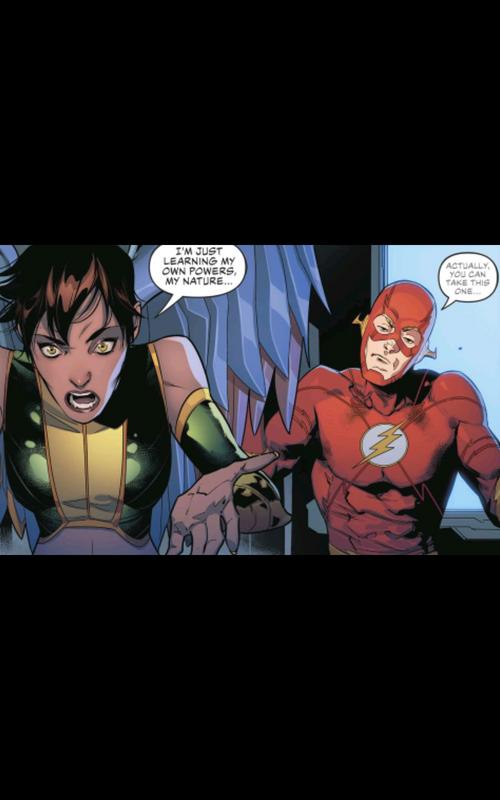 JL #2: I didn’t see the Grodd / baby situation explained, just Grodd getting what was happening. So for now the Sinestro discovery of a new deadly emotional spectrum is striking.

Sinestro’s made sense- he’s been dealing with this emotional spectrum energy concept for quite a while.

The doorknob: I guess it’s supposed to be like “grant three wishes” idea, finding and opening the special doorknob reveals your subconscious drives and power. Maybe like that mediation thing where you imagine a door in your mind, focus on it for a while, then imaging opening the door…

Best art moment for me was the Luthor robot scene.

I thought it was clear the baby was Turtle which is the reveal for the slow force. It’s possible I’ve already made the connection ahead of time. I love that Lex is inside Superman. I wonder where the Joker is?

there’s definitely discussion of turtle wanting to crack the slow forde, but I never saw where it said the baby was the turtle… but that makes total sense.

I think, What I forgot when reading it is that who is who makes more sense.

What happened on that final page? Did Rogal Zar blow up the fortress of solitude? Did Superman blow it up? Did something blow up? What happened

No. Rogal Zar destroyed it in #3

I’m thinking Superman just let it all go on Rogal Zar, realizing he could take it and that they were away from civilization.

I gotta go read this quick

Cool seeing Jor-el come to take his grandson on a fun trip with Lois too as I recall (from reading then apparently forgetting almost all of this a year later).