Hello everyone! Welcome to Week 4 of the New to DCU Book Club, where we will be reading and discussing comics currently coming the DC Universe Infinite.

This week we are reading 5 different single issue, however, if you’ve been following along each week, then you shouldn’t have any problems getting into most of them. 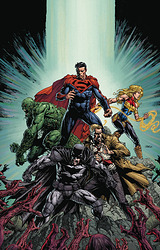 image1156×1800 641 KB
Zombies took over the world in DCeased. This disease came from a techno virus that turned everyone who was looking at a screen into a machine. Many heroes have lost their lives including Batman, Superman, Wonder Woman, Green Lantern, and more. Unable to save earth, the remaining uninfected survivors fled the planet and those who survived and were left behind found refuge in Gotham in a garden created by Poison Ivy. 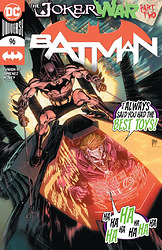 Batman #96: The Story so far: (Spoilers for past issues we’ve read in this club)

Joker was control of the entire wayne fortune and now Batman must stop him from taking over, but it won’t be easy. After arriving at one of his batcaves, Bruce discovers that Lucius has been given a toxin by Punchline, Joker’s new accomplice. After receiving the toxin, Bruce sees Alfred shooting missiles at him in a batplane. 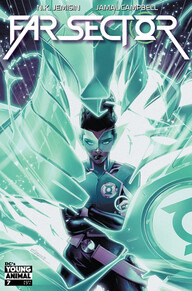 Far Sector #7: The Story so far: (Spoilers for past issues we’ve read in this club)

The City Enduring has had its first murder, and tensions are running high. Some have begun to question the value of Switchoff, a drug that eliminates your emotions, including members on the council. Jo Mullein has been sent by the Lantern Corps to investigate crimes in deep space. Areas far away from anything the lantern corps would really reach normally. Her ring charges slowly overtime. However with such high tensions, riots broke out and Jo was unable to save everyone. 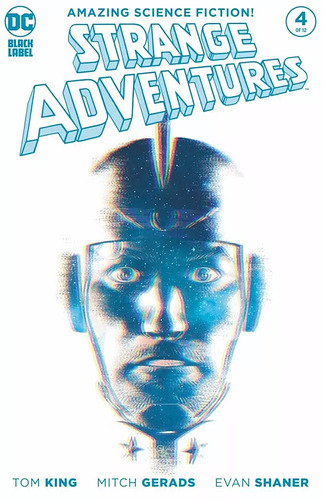 Adam Strange is a celebrated hero to the people of Rann, but someone thinks that something isn’t adding up in Adam Strange’s Story. Batman hired Mr. Terrific to investigate Strange.

Extra Credit
Hey, I don’t want to assign more than 5 unique books in a week, because I don’t want you to ever feel overwhelmed, but if you want to check out, the Death Metal Tie-in: Dark Nights: Death Metal: Legends of the Dark Knights #1! It’s an exploration of some of the various Batmen in the book including everyone’s favorite B-Rex! It also gives a good explanation into the transformation of the Batman who Laughs into the Darkest Knight. If you read it, make sure to let me know your thoughts down below!!

Thank you all for participating each week!! I’ll see you next week when we tackle Dark Knights Metal #3 and our first Joker War Tie-in!