Sorry everyone for the delay. I forgot to store the post into a google docs before I sent it. Long Story short. I had written the post and was eating ramen when some water got on one of my keys. I clicked the key and somehow exited the post and lost it.

The titles this week are:

*Action Comics #1001 - The beginning of the new Action Comics run. There are secrets in Metropolis who work in the shadows. New villains are introduced.

Detective Comics #985 - Batman has said his allies make him weaker. So without his allies, can Batman beat Karma. Or will Karma beat Batman?

The Flash #51 - The epilogue of the thrilling Flash War. How is Wally feeling? How is Iris? How is I guess everyone? The set up to the next 50 issues of the Flash is here!

Thanks everyone !!! Sorry I’m slow this week. Next week will be on time!! 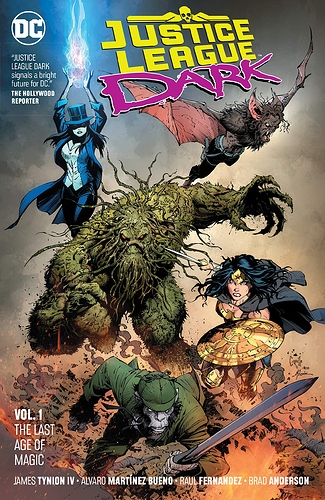 Wow this is a tough week because there are so many comics I really want to read in this pile. hope I can figure this out!!!

For sure I want to read Flash 51 and the Detective Comics selection to keep following those stories.

I’m very tempted to start the Action in particular as of follows the Man of Steel we just read.

@don in my youth, I read even more comics…

Okay pending list of the top remind myself to read flash 51 today!

My favorite was Wonder Woman’s entrance when she shows up at Zatanna’s show. I’m a sucker for a good super hero entrance. The colors were great. Man-Bat transforming, certain shots of the street at night, and Constantine’s appearance were other images I appreciated.

Just spoke about this on the other thread, but quite a few. A lot were named so those were easy to get.

Yes! I believe she does. She’s always surrounded by magic. She’s no less deserving than Detective Chimp or Man-Bat.

@nu52 the zatanna show is great but I love the scene where Swamp Thing and Zatanna look at the tree of Wonder.

This was the scene that broke the easy landing denouement feeling of this issue and gave it the “horror” premonition twist, even in the dialogue later: 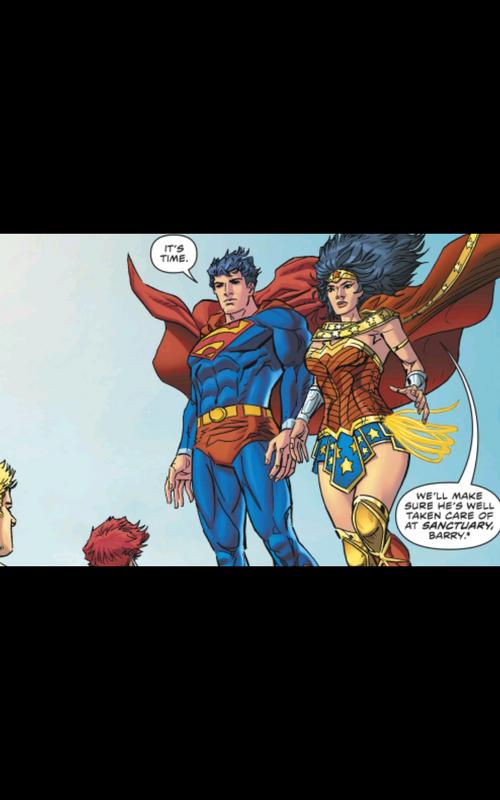 Aw man, I got to go recharge my power ring so I can finish up the other two new arrival comics I wanted to read from this fine curated list tomorrow!

Is it a coincidence my dad spent his life working in a caboose?

I have no idea. It was also like the 40s right? I mean trains were still bigger than planes

Believe it or not, trains are still running. I’m planning on taking the Via across a lot of Canada in a couple years.

Wow, Bendis figured out how to have a crime organization work in Metropolis. The Red Cloud is super evil! Meeting in a lead lined tank to conspire, awesome!

The rumor that Lois ran off with Superman…eeeeyoooow!

So it seems the arson was a clue and a loose end that must not be repeated. A renegade crime leader took it on himself to use arson to “distract” the Big Blue when other crimes were taking place, little realizing he was only revealing this secret crime world…“where there’s smoke…” etc…

Bendis is being quite daring trying to make Superman’s challenges street-level. Let’s see how this plays out. Clark isn’t Bruce.

to try to answer the questions on Action 1001: I do like the design of Red Cloud, she looks like molten lava. I have no idea who she could be --hopefully not the female version of Metamorpho of yore. I think now that the one member resorted to setting fires everywhere, Superman will become aware of this secret circle of crime.

I think deliberately confronting Batman can never end well. I admit I’m also a little weary of villains who want to “school” and “make better” the heroes.

I guess it’s ok to praise Batman when he is in the right.

Last question: Batman is now paying for going from defender to JUDGE on this guy in the past. He didn’t need to use the fear gas and the rest on Karma.

So far so good, the comic went by quickly. The art is really good.