So let’s talk about Justice League: The Totality

I would love to hear your general reactions to the story! 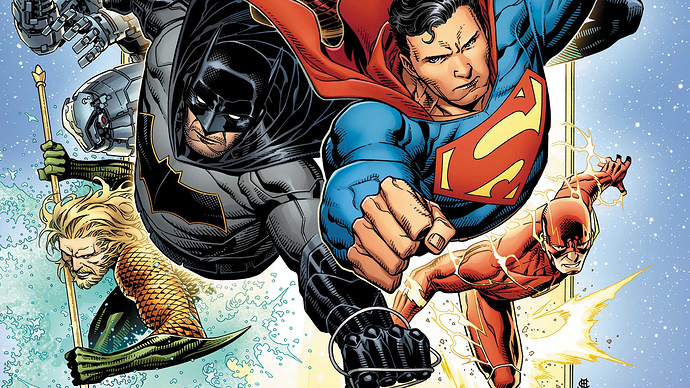 P.S. If you want background information, here is the Primer!!!

Honestly, I feel like Snyder’s run so far hasn’t matched the heights of this initial arc.

But then, I haven’t gotten around to reading the latest installments of the Justice/Doom War yet.

Anyway, the standout moment in this story was the whole sequence with Batman and Hawkgirl vs. Luthor and the Joker inside Superman and Martian Manhunter’s bodies. Equal parts humor, nightmare fuel, and badassery.

That was pretty intense. Still trying to wrap my mind around it all enough to answer the questions. Very good though. I’m excited to see how it plays out. I would be very interested in reading Vol 2. as a club when it comes out. Also I like the new flair. Is it going to change very week?

Yep every week. It’s based on the weekly reading!

(yeah it’s intense! So excited to hear your thoughts!)

DISCUSSION QUESTIONS
1. Is this your first time reading Justice League: The Totality
2. What was the stand out moment in the story to you?
3. Which development was cooler the slow force or the Ultraviolet force
4. What did you think of the ending? (isn’t this the same question as last week?)
5. Should this club read Vol. 2 of this book when it comes out?

It seems that I am not the only one to have had issue with their dark side, and found a way to use that energy, for good, or at least, something other than what it would be in its raw form.

I only take on these DC U Book Club assignments every so often, and this is only the second one that I have participated in. I have time budget issues, but when the mood strikes, and I feel I can squeeze in an assignment, I will do so, especially if it is of a topic of interest for me. I like Justice League stories from way back, so I fit this one in.

@MACJR.1962 Such a great way to explain why I love the concept of the Ultraviolet Light Force. I love how accurately it portrays our inner darkness. I actually started calling the darkness we suppress Ultraviolet Emotions. It just makes sense. I’m glad you read it and I try to pick things that are fun. On one hand, while it is kinda dark, it mostly likes pure comic joy. There’s a whole 38ish issues of this story, so it’s by no means over, and this club will likely read all of them overtime.

@Noyo Of course he did! HAHAH

Is this your first time reading Justice League: The Totality

No – I read it initially as it came out and then again to start catching up a bit to the title.

What was the stand out moment in the story to you?

Definitely the Hawkgirl vs Joker in Martian Manhunter’s body and Batman vs Luthor in Superman’s body stuff. I mean, just typing that sentence down alone is wild. I think it really gets into what makes superhero comics so bonkers and fun.

Also, the issue that delves into the origin of this Legion of Doom was great. I know a lot of people were initially bummed that Luthor was going to go villain again, but I liked how in this they show how, in his mind, he is the villain in that he is embracing what humanity really is and is making a utopia that he has seen for himself. That said, I will say that the last sentence of “F**k Justice, side with Doom” is a little bit of a stumbly way to end with the bleeped word. Like, come on, PG-13 rated movies get one F-bomb per movie, why not let PG-13 rated comics have one F-bomb…a year, let’s say.

Which development was cooler the slow force or the Ultraviolet force.

Agreeing with the Ultraviolet Force, as well as saying that I don’t think the Still Force was really all that well explained or utilized in this story, to the point where it kind of hinders everything else. They could have easily abandoned that and it would have still worked.

What did you think of the ending? (isn’t this the same question as last week?)

Yes it is, and my answer is about the same – it’s kind of sudden and deus-ex-machina in how it settles, but considering how this is less of it’s own story and more of a first act towards Snyder’s overall narrative in this book, I think it works better.

Should this club read Vol. 2 of this book when it comes out?

I mean, why not? I’m up for talking about it when we get there.

One thing I do want to mention about the foundation time-frame you have on the first post – considering that @nu52 is doing JLD/WW: The Witching Hour right now on the World of Wonder book club, I wonder if you might want to substitute that for something else. I’m willing to talk about it again if you don’t, but that’s pretty close together.

We already are substituting it!

. I’m enjoying the story, there is a lot going on in this one!

Let’s be real, Lex has always wanted to be inside Superman.

I’m on the West Coast - I still have 3 hours to finish this on time, I’m reading now!

I’m really curious about who the baby is.

Edit: soooo… I’m at this part and I can’t see how this can be undone without some kind of time shenanigans. I really want her to pull through, but decapitiation is kinda hard to come back from. Poor Hawkgirl . Ok I’m leaving again…

@JLWWSM No worries, I won’t close discussion on anything. I’ll just begin focusing on a different book!

This arc is a real doozy that could basically be an event. It’s something else.

Hey everyone! Make sure to vote on the poll!

Things that [almost] happened in Totality:

There was a lot of creativity in this story! I liked the mental round table.
__

Thanks for the pick. I liked the art a lot in this one!

This was one of my favorite moments

Poor Lex. Luthor is like Wile E Coyote. I know he’s going to fail, but I just have to watch him do it! 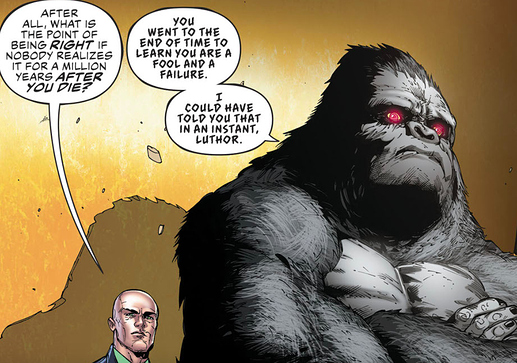