This week on DCU:

-Nightwing has a new Creative Team
In retrospect, this run of Nightwing is short because Percy didn’t like the post #50 direction King wanted. (Purposefully Vague for DCU Readers). However, it is a great spot to start reading Nightwing! For those curious Benjamin Percy will be writing Nightwing until the end of #50. After #50 Scott Lobdell takes over will issue #58. Then Dan Jurgens takes over to today. (Not including Sam Humphries one volume run) (Yeah, Nightwing’s fallen apart a little)

-Jurgens Action Comics ends
Action Comics officially comes to an end with a Special. Like Tomasi said, “Nothing Gold Can Stay.” For those looking to the future of DC Superman though DC Nation #0 is here!

DCU Entrance Points of the Week

Things to know: Nightwing lives in Bludhaven right now, a unique city with some similar aspects of Gotham, only less dark and tourism heavy.

DC Nation #0 ← Three stories that are entrance points HOWEVER None of the stories are super clear on what’s going on. They are just teasers.

THAT’S WHAT’S NEW TO DCU! (Oh hey it rhymed! Which I totally knew… ) 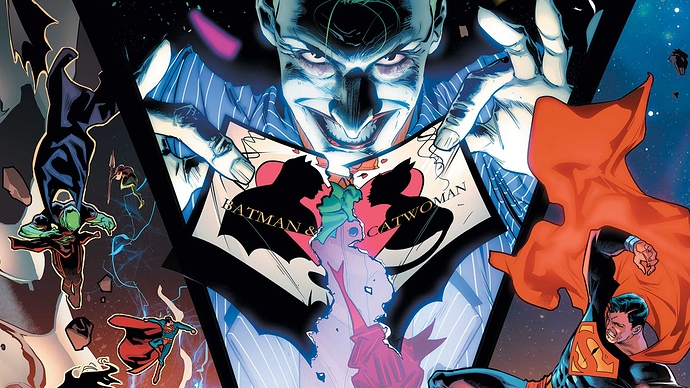 Rebirth Nightwing has been very hit and miss, but I’ll give Percy’s arc a whirl since it’s here as I adore his Green Arrow work.

I really liked both Steeley and Humphies takes!

Event Leviathan has me interested in Bendis at DC.
Hoping he’ll end up on the Green Arrow relaunch.

Seeley was the best writer on Rebirth Nightwing, but he had the advantage of coming over from Grayson and effectively continuing his story from that book.

When does Jurgens’ run on Nightwing start?

Jurgens has only had one issue of Nightwing so far (Issue #59) It’s unfortunately saddled in the Ric Grayson storyline which I hope ends sooner rather than later. Nightwing was one of my favorite titles under Seely but it’s really been struggling since he left and the amnesia storyline is really dragging the title down

Thanks for posting this. Incredibly helpful as I’m trying to catch up on my Rebirth books.

Hi there! Will older issues (not the ones that are less than 12 months) be added on a more frequent basis? And, is there a place to get a list when those older issues become available? Thanks!
PS: I love what DC Universe is doing!!! Keep up the great work!

They come to Comixology at the same time. Last week was challengers of the unknown.

I thought there might be a new issue of Doomsday Clock.