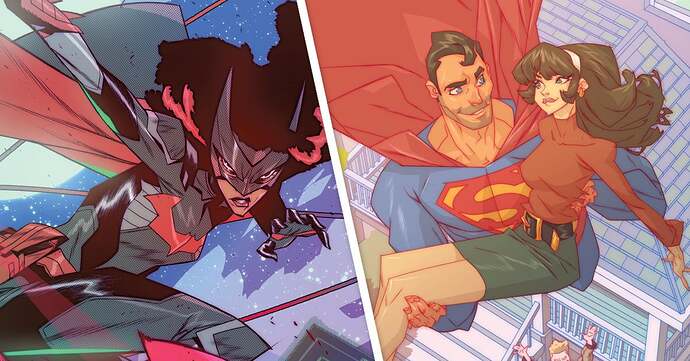 The CW's multiverse of DC Comics shows have entertained fans for almost a decade now, providing [...] 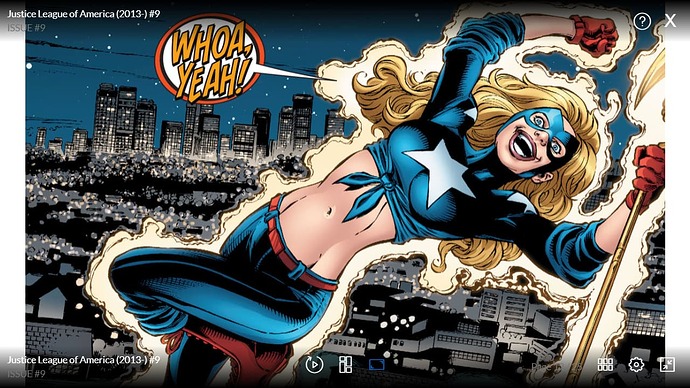 I’m interested in the comics, (Tom Grummett back on Superman!) but those covers are an absolute catastrophe.

those covers are an absolute catastrophe.

That is sadly very understandable. When making cartoons out of live action they often try to make them mimic the live-action actors. This takes one of the major benefits of animation and almost always replaces it with an ugly character design.

Just give me the old fashioned photo cover. 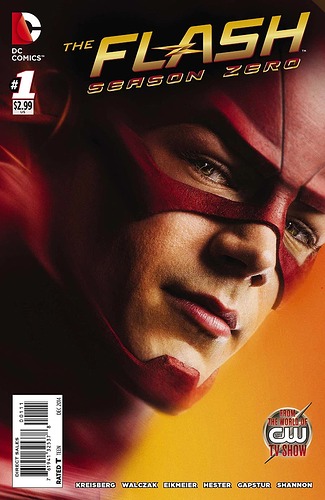 Interesting
A canon comic crossover. Sound great. The art looks cool. Wonder how it’s impact will be on the shows.

I say it should just be a few jokes. The shows should still make sense if the viewer has not read something from a different media.

“This is a different guy from the one I knew.”

Steel and White Canary who meet a different Stargirl in a World War Ii JSA.

Plus of course a different Batwoman

Definitely interested to see how this turns out! Though it’s definitely weird that Stargirl is being included in an Earth-Prime book when she’s the only 1 of these heroes specifically on a different earth. Maybe this could be the 1st step toward an eventual crossover?

I don’t mind the cover, though it’s definitely not a draw - but having Tom Grummett on Superman is a huge win! And Superman and Lois celebrating their first anniversary sounds amazing!

She is just going to fly through space to get to another Earth. How hard can it be?

What’s wrong with the covers? Look ok to me

I look forward to reading these. Between this series, Batman 89, Superman 78, and Justice League Infinity (my favorite of the bunch), hopefully this means more of this type of adaptation from DC.

Just give me the old fashioned photo cover.

Those options will literally be available, per multiple sites. Here’s what ComicsBeat said:

The first two issues of Earth-Prime will star the characters of Batwoman and Superman & Lois , respectively, and will sport covers by Kim Jacinto , as well as photo variants

I’m excited about this but then again I’m excited about 90% of the stuff DC puts out. As an Arrowverse fan and a comics fan I love the idea of the two worlds coming together and think a limited series run of comics released between seasons of the TV shows would be awesome if they ever did that - but that’s a topic for another day. Hopefully these books are successful enough that they consider an ongoing series of comics based on the shows.

and while I realize that the impact/reference to the events in these books will probably be very small in the shows whatever part it plays will make me light up inside and that’s what this stuff is all about for me.

Whoa, whoa, whoa! Tom Grummett is doing the Superman and Lois issue?! Umm…YES! Grummett was one of my favorite Superman artists as a kid. He also did that incredible run on Superboy when I was a kid. I was already gonna pick this up, but now I HAVE to buy this! 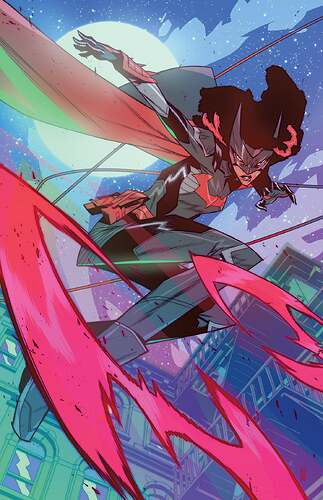 This makes me think of Vixen: The Movie which was nicely incorporated into the shows until Legends of Tomorrow deliberately retconned it at the end of season 3.