Greetings campers and Happy New Comic Book Day! That extra scent of pine in the air that you’ve noticed is the scent of joy that can be found every Wednesday via brand new comics!

As always, here’s a checklist of this week’s new DC single issues via readdc.com:

Note: The Halloween ComicFest Special Edition books are all free.

There you have it Legion! What’s on your radar for new reads from DC and beyond this week? 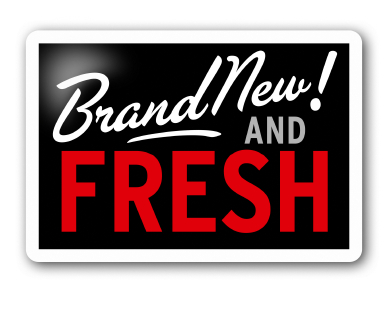 @Turok I’m curious, you’re “Buy to Keep Current” books, do you read those or do you just buy them in order keep established runs (for the titles that have them) complete?

I hadn’t heard of Flash Forward getting bad reviews (as I don’t really care what critics think), but I’m hopeful for it. If nothing else, the art should be good as Brett Booth draws Wally quite well.

I will read all the comics I buy.

I just went through all the above on my android phone, as a first run through. I only get the vague outlines of the story that way because I can’t read much of the dialogue

Flash is very bad. It seems to be different stories, one cosmic, the other Wally in prison. It is not clear that any writer can dig Wally out of the mess he is in, but it reminds me of when Roy was an addict. Everyone, including Barry, has abandoned him

Superman actually looks good as the annoying villains Bendis has been using,got their fates resolved.

I am not sure of the rest yet. I actually have to read the book, which involves changing from portrait to landscape every few panels to read the dialogue, on my bigger tablet.

Second Coming and Black Hammer will be a joy to read.

The titles in this category much less so.

My category really means that under a previous writer or story line, the title was very good and now I have to trudge through it.

@Turok Gotcha, I was just wonderin’.

I found Superman #15 to be pretty good. It’s my favorite issue of the series of late.

Big week for me. Superman, Supergirl, Batman, JL, Aquaman, and still getting Teen Titans but I should drop it.

@msgtv I dropped TT a while ago and would ask what’s cookin’ in it as of late, but given your desire to drop it I’m guessing not much is going on.

Lex Luthors year of the villain#1 is amazing, but be sure to have your multiversity guidebook handy

I haven’t read it yet. Their will be arguing and dissension and teens moping after one another. Like every issue.

@msgtv You know, I wouldn’t mind a mini or ongoing with Crush, as I found her to be the best thing about the post-No Justice trappings of Teen Titans.