Before anyone starts freaking out, it’s entirely possible this is just a one-off, “final battle” suit he’ll be wearing for the conclusion of Joker War, not his new, “permanent” outfit. 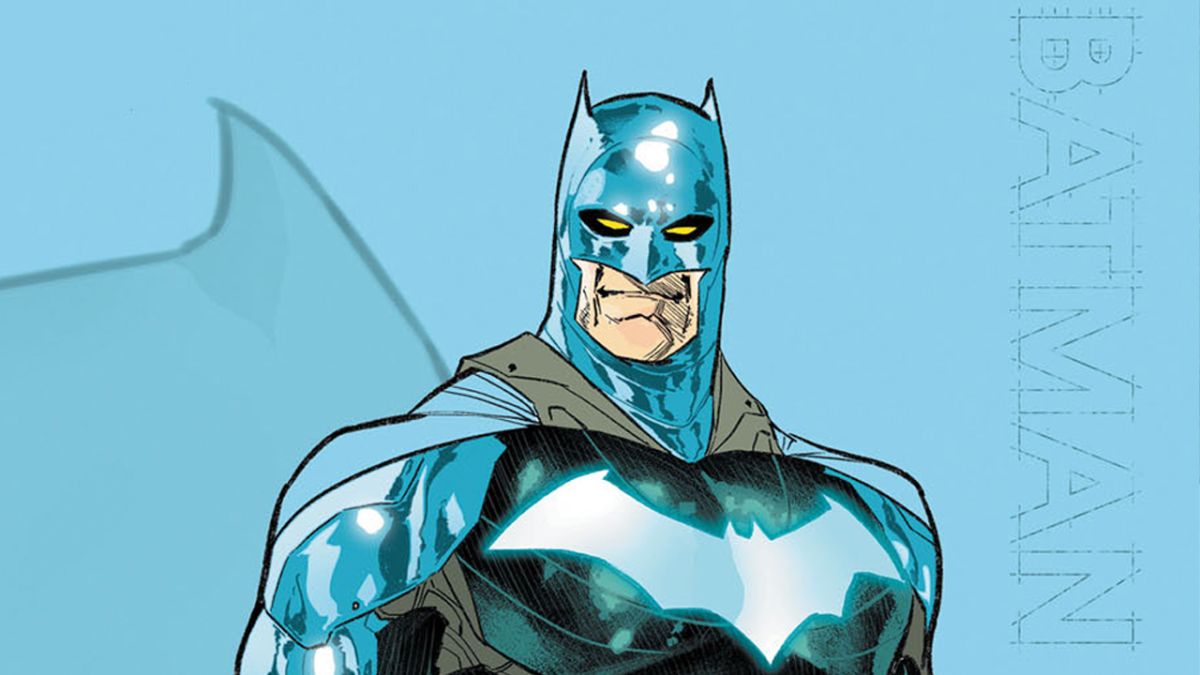 Hey, is that George Clooney's suit from Batman & Robin?

To be honest, kinda reminds me of the Batwing costume…

Say, wasn’t Luke Fox supposed to take up the Bat mantle in 5G? Interesting to still see these pieces in place

I agree that’s it’s probably just a one-time final battle suit. However, in my opinion that still doesn’t make it any less ugly.

Tynion tweeted that it was something Alfred designed in anticipation of a better Gotham. Paraphrasing.
I’m not sure if it will even be used.

Tynion spoke in more detail about it with some comic press.

“Honestly this suit is really thematically important for the issue, and this entire arc. There are some preview pages of Batman #96 that hinted at this suit, and we saw a sequence in this suit, but we also saw a Bruce talking to Alfred with gray temples. This is sort of an older Bruce, and honestly this is the Batman that Batman has been building himself towards, that he thinks is his own happy ending, and this story is very much about Joker seeing the happy ending that Batman wanted to build for himself and destroying all of the pieces that would be necessary to build himself that happy ending.

So that suit is an aspirational suit that we’re going to see ripped away. It’s one of those things where we’ll see that suit for the first time in #95, we’ll see it in the future in #96, and then it’s going to come back in a big way towards the end, in a way that isn’t going to necessarily be the utopian situation that [Bruce] was hoping to put that suit on. That’s a big piece of what we were trying to build.”

So yeah, it sounds more like something that won’t be used as is for a while. I do like the overall design, but I think it would work better if the blue was more black in color.

The suit will makes its first appearance in this week’s BATMAN #95.

I actually think it’s great! My family as a whole is divided though! 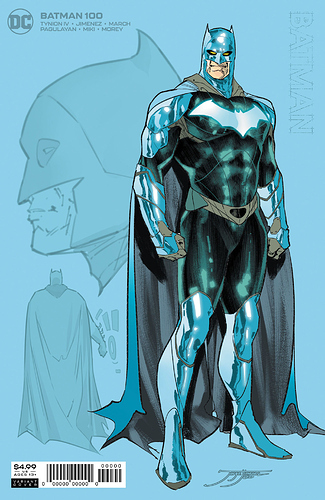 I think it’s a cool Elseworlds type of costume but it’s too light. I would definitely be interested in seeing some darker versions.

Im gonna wait for the context of the suit before I judge it.

From what I have read, it sounds like a one time battle suit to me. I really don’t have a problem with that! I would hate to see Batman adopt it on a permanent basis though. It seems a little bright for the Dark Knight!