I know that we all here love the New 52 Superman Comics but I have never heard anyone here talk about the Action series of comics. Where do they fall in line? How do they compare? (I’m new to this, it’s true, ITSA TRUE!)

What is the initial purpose of the Action comics line?

Thanks for your answers in advance! 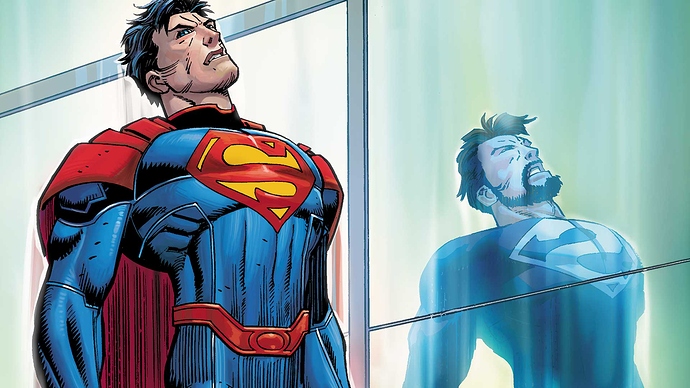 Never feel bad about being new. We all start somewhere

As for the New 52 Action Comics, its placement is…well, weird…

So it’s like this: Grant Morrison wrote the initial 18 issues for the series. The idea (at that point) was the series was set “5 years ago,” during Superman’s very first adventures. Personally, I loved the Grant Morrison issues, but I also understand why a lot of people didn’t care for them, as they get weird and meta and have pacing issues and a really off-putting plot structure (so, basically your standard Grant Morrison comic).

After he left, the title went through a few different writers with…differing results (some sticking to the “Five Years Ago” premise, others moving it to the present). Eventually, the title settled on Greg Pak as the main writer, and while not particularly amazing, Pak turned in some very solid, very entertaining stories…

…Until the “Truth” storyline started over in the main Superman title, at which point Pak was forced to tie in and the book was hamstrung as a result (IMO)

Basically, New 52 Action Comics is divisive at best. How good or bad it is really depends on who’s writing it and your own preferences. If you enjoy some of Morrison’s other work, you’ll probably be fine with the first 18 issues. Otherwise, just skip to Greg Pak’s run (Issue 25), but be wary once “Truth” starts.

If you want to get the ball rolling in some interesting way, bring in that Morrison guy! It got me to read Action Comics for the first time. I had also enjoyed All Star Superman.

If I could say anything about the New 52 Action Comics run, it’s that the back-ups by Scholly Fisch were outstanding! I wasn’t always a fan of Morrison’s work, but when they had a back-up feature, that often made it worth the price of admission.

I loved Morrisons Action Comics run from New 52. And I thought Greg Pak(World War Hulk, Planet Hulk) was a great writer to follow up and they did Supes justice.

Honestly I prefer the Action Comics New 52 instead of the New 52 Superman.

So, I’m not quite sure if you’re asking why “Action Comics” as a title started or if you’re wondering about where the New 52 Action Comics series stands in relation to its respective Superman book. As for the first question, Action Comics was the series that Superman made his debut in, and then the Man of Steel got his own, eponymous series later on. As for the second question, the New 52 Action series is a sort of prequel, taking place in Superman’s early career. As for its quality, I actually love it. The New 52 Superman is… not great, IMO, but I’m glad that you like it! Although I still think Action is the better of the two books.