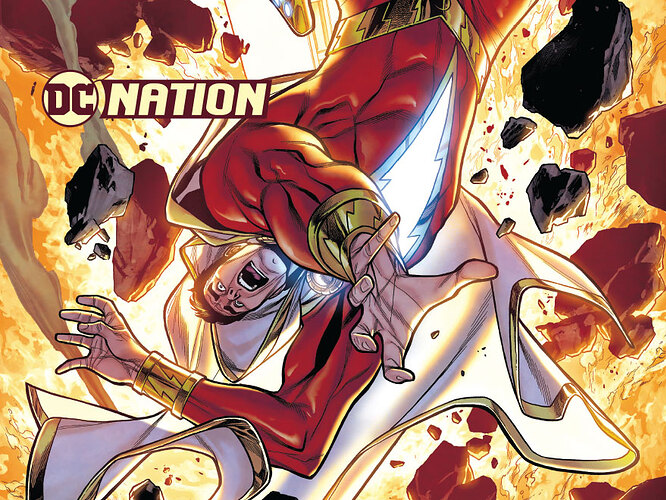 The series not only picks up on threads foreshadowed earlier this year in Future State:
Shazam!, but also in the current ongoing series Teen Titans Academy, also written by
Sheridan. When the story picks up, Billy is out for answers—why was the rest of his
adopted family cut off from the power of Shazam? Why are his own powers becoming
increasingly unreliable? The search for those answers take him and Teen Titans
Academy’s Dane on a search for the Rock of Eternity—leading them straight to Hell,
and face-to-face with Neron, the lord of the underworld.

Sheridan talked with DC Nation about how Shazam! fits into the larger story he’s been
telling across the DC Universe, what it means for Billy Batson to grow up, collaborating
with Clayton Henry, and his own background as a Shazam fan.

To read the interview with Tim Sheridan about this upcoming miniseries, head on over to DC Comics!

Are you excited for more Shazam!? Let us know in the comments below!

Super stoked for this!

I enjoyed the heck out of the first issue.

Being that I became a Clayton Henry fan through his work on The Flash 100-Page Giant series, I was ecstatic to see him taking on The World’s Mightiest Mortal and had high hopes for this issue.

If #'s 2-4 are anywhere as fun as #1 was, this will be an evergreen Shazam! title to read again and again.

I like that they’re doing a new Shazam story, but why not give him a new ongoing…?

but why not give him a new ongoing…?

This is a must for me!