NBC series Powerless is now on Tubi TV for Free.

The short lived comedy series from NBC Powerless is now on TUBI TV for free. It has all 12 episodes, including the 3 unaired episodes. Go watch it now. 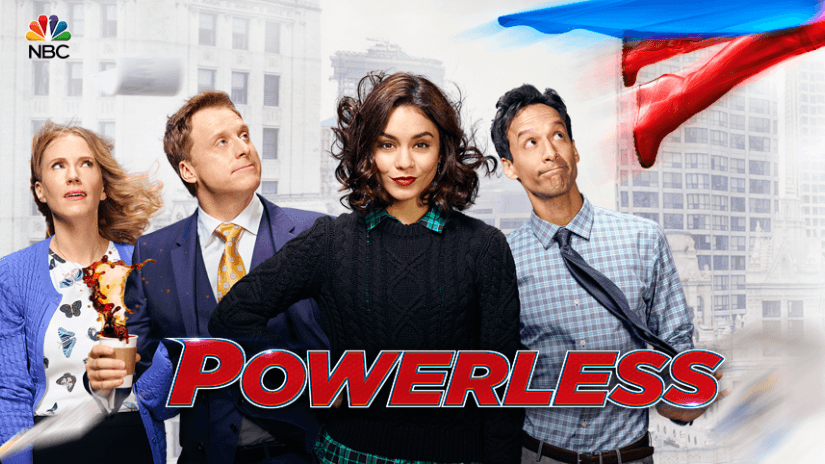 Google play had told me to check out Tubi tv a few days ago and even though I took a screenshot to remind myself to download it and check it out, I still forgot lol

Kind of hope it would be on here I won’t lie. But definitely nice to make us aware. I have been wanting to watch it.

Nice - Thanks for the head’s up!

Sweet! I am surprised how few commercials they run on Tubi. I also like their sizable Anime Sci Fi collection.

I want a season 2 on this streaming service. New cast if necessary.

I will be watching this again

Thanks for the head’s up! Tub is awesome.

Thank you! I’ve been wanting to watch this. I think this show was not advertised well nor was it on a network that actually keeps their shows for long.

I’ve never heard of Tubi, I’ll have to check it out. Thanks!

I got lucky & bought the complete series on Vudu for like 5 bucks. I love this show.

Powerless was cancelled just when it was starting to get interesting.

It needs to be here.

Huge thanks for this post! I just downloaded Tubi on my Xbox, (I wish DC Streaming was on XBox, lol.) There are so many great shows & classic movies. I added the animated Transformers & G.I. Joe series. I can’t believe Popeye & Son are on there. I’ve been wanting to see that cartoon for years!!! Tales from the Cryptkeeper animated series, love it! Defenders of the Earth & my personal favorite Conan The Adventurer! There’s still so much more to look through.

We need a season 2. DC Universe make it happen.

Thank you for the heads up.

When they got stuck in the building filled with gas, that was the best episode

I have never seen it before and got up to episode 8 just now, couldn’t stop watching. The show was really funny and Alan Tudyk and Vanessa Hudgens gave hilarious performances.
e
I also loved them naming the news anchors after famous comic book writers, not to meniton the comic book covers in the opening credits. Some really good easter eggs.

Also, as a fan of the Giffen era Justice League it was fun to actually see Crimson Fox and Green Fury (Fire) adapted in live action even with some major liberties taken with Crimson Fox, and I know Fire was adapted in the Justice League pilot, but if nothing else this was at least a much better portrayal.

A fun series can’t wait to watch the rest of it. Hope it finds it’s way on here, but glad I got to watch it one way or the other.