Stargirl seems to be spared the CW bloodbath for now.

I don’t want to come off as being “that guy”. Because Stargirl is one of my favorite characters, and I really enjoy the show. But given season 3 is more or less finished I can’t imagine CW not airing it, as then they just threw all that money away and from what I understand it did good in the ratings. So got little doubt we will get season 3.

But even if CW had decided to cancel Stargirl after season 3, it is highly unlikely they would want to announce that before season 3 even airs as it would almost certinally lead to less pope watching it. Kind of like Naomi which I don’t think was a coincidence waited until the day after the season ended to annonce it rather than when Batgirl and Legends, two shows who’s seasons had already aired, cancellations were announced.

Again, hope that it does survive and from what I heard the ratings were not bad so maybe it will. And likely how well it does season 3 will factor into that. But I also think even if their cancellation had been decided, they wouldn’t announce it now.

I didn’t think anyone was even debating whether or not they’d air season 3. I definitely agree it’d make no sense to not air it, but you do also bring up a good point about them potentially waiting until the season’s done like they did for the other shows this year. It’d certainly be quite odd for them to announce it’s cancelled only for us to watch the final season that’ll certainly still be setting up future seasons instead of wrapping up the story. But this is still the time of year when we get announcements of show renewals and cancellations w/ upfronts, so a big part of me is still convinced we’ll know 1 way or another by the end of the month

As it is, The CW is cancelling a lot of shows, more than usual. It’s not just Legends of Tomorrow and Naomi. I am thinking it could be because of the sale to Nexstar, which this Hollywood Reporter article mentions. 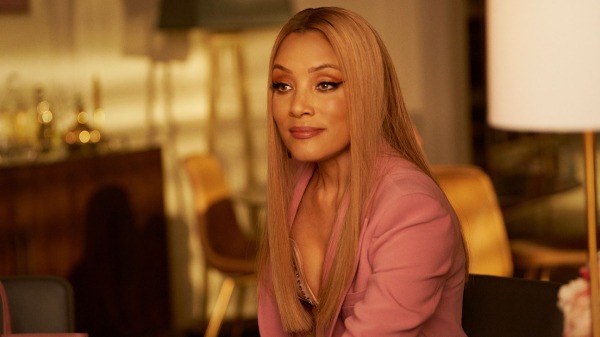 ‘Charmed,’ ‘Dynasty’ Among Cancellations at The CW

The network is currently on the sale block with a deal in the works with station group Nexstar.

Sure the show was different then the comics but it had lots of potential!

All I can say is when all the DC shows end I probably won’t be watching The CW anymore!

Like i said earlier, Stargirl’s future is not controlled by The CW, as the network merely paid for the syndicated broadcast rights to the series as opposed to directly commissioning its production as was the case with Legends of Tomorrow, Batwoman, Naomi, and the other TV series it cancelled.

I liked both Stargirl and Naomi at the beginning of their runs, and enjoyed how they were pretty faithful to the characters’ initial comic book runs. Stargirl has the benefit of the JSA mythology behind it and the writers put together interesting storylines while bringing in new JSA heroes or derivatives on a regular basis. Naomi, being a new character had little of its own mythology or accumulated connections to the DC Universe. Naomi’s becoming part of the Justice League in the comics wasn’t likely to translate to a CW show. With all due respect to Bendis, Naomi was far from being an ideal character to bring to TV.

Also, while I was sad about Legends being cancelled. it had a terrific run. I don’t think its abrupt ending is a tragedy.

Finally, Batwoman was getting better but I think the producers handcuffed themselves by taking two seasons to put Kate Kane and Alice behind them. It would be cool to get a grittier revival with Ryan Wilder and Luke Fox on HBO Max.

Naomi at the beginning of their runs, and enjoyed how they were pretty faithful to the characters’ initial comic book runs.

I respectfully and wholeheartedly disagree. Naomi was altering the comic story from the start, and changing her origin was a detrimental aspect they didn’t recover from, esp in the finale.

Naomi was far from being an ideal character to bring to TV.

I think she was a good character for TV, the translation was bad. I mean, she is an amazing character, but she doesn’t have enough history or popularity to carry a feature film, but I think a properly done TV series would have worked.

Legends being cancelled. it had a terrific run. I don’t think its abrupt ending is a tragedy.

Seven seasons and 110 episodes is nothing to sneeze at for sure. The problem is after 7 years, it is left with a lot of unanswered questions and I really need to know what happens with Sara and Ava’s baby as well as how the get out of the arrest.

Batwoman was getting better

Absolutely!!! I was really getting into the groove of the new character finally, and it was finding its footing finally. Having to replace the lead is never going to be easy for any show or feature, and this was a case where they did the best they could, and kept it interesting enough to tune in each week. I would like to see more adventures, but it at least had an ending that resolved most stories and I am not as sad to see it go.

I can echo you word for word here. Wholeheartedly agree on all of the above.

But this is still the time of year when we get announcements of show renewals and cancellations w/ upfronts, so a big part of me is still convinced we’ll know 1 way or another by the end of the month

Well the fact the upfronts didn’t announce it would be the last season, and they moved it to the Fall has goot to be a good sign of potentially more seasons if nothing else.

Agree that the fall schedule is a good sign for Stargirl, but I still hate that I have to wait even longer for the next season

Any word yet on when Naomi will be on HBOMAX ?

Nothing yet. Most likely though as HBOMax wants shows. Probably 3 months from it’s finale. Like Batwoman (was it 3 for Batwoman?

I was thinking a month, but I didn’t pay close attention. 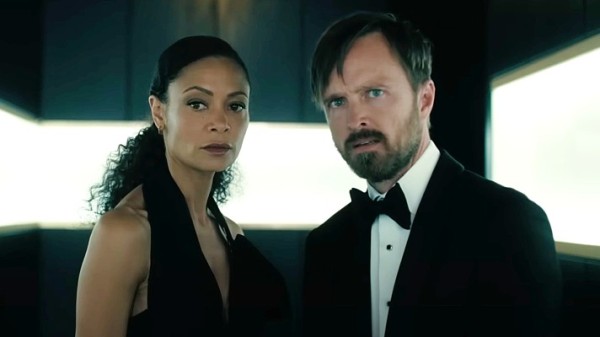 A new season of "Westworld," a fresh take on "Father of the Bride," and a psychological thriller about "Irma Vep."