My Theory for a Potential Shazam 3

Heading into 2022, I thought it was going to be a huge year for DC. The original plan was 4 theatrical films plus possibly Batgirl on HBO Max for the tail-end of the year. However, Aquaman 2 and The Flash were both delayed to 2023 and it looks like that will be when Batgirl ends up coming out as well. But the good news is not only is Black Adam still coming out this year, but “Shazam: Fury of the Gods” has been moved up to only a couple months afterwards. Between that and the release of the Black Adam trailer, I got to thinking. Not only do I think the Black Adam trailer include a major revelation, but I think I know how the meet-up between the two magical champions will play out in a potential Shazam 3.

Let’s go back to the first Shazam movie. It included a post-credits scene where Mister Mind approached an incarcerated Doctor Sivana about a potential alliance. But I don’t think they’ll actually be in Shazam 2. Partly because those actors have been uncomfirmed. But mainly because the focus is clearly going to be Shazam dealing with a bunch of gods, hence the subtitle “Fury of the Gods”. But that still leaves the door open for another Sivana & Mind tease as they watch events play out and decide on the right time to strike. And I think it will be in Shazam 3 where we get the Monster Society. And among their ranks will be Black Adam.

The original Shazam movie already confirmed that Billy will know who Adam is. The Wizard briefly went over how the champion he chose years ago released the Seven Deadly sins on his own country and that’s why he imprisoned him. But let’s be real - Hollywood isn’t going to let Black Adam be a straight up villain. They need to make he stays just barely on the line far enough to make sure to squeeze multiple solo films out of him as well as use him in other films. The newly merged WB Discovery is focused on a shared universe and no doubt sees the potential for both Shazam & Black Adam. Besides, Hollywood shows that their versus movies never have a clear cut winner for that very reason. Films like “Batman v Superman” and “Godzilla vs Kong” showed them being manipulated by the real villain of the movie that the two title characters decide to team up and fight against. Having said that, I think I know why Black Adam did unleash the Seven Deadly Sins. And his motivation for doing so will also be the same reason he teams up with Billy to turn on the Monster Society.

The trailer shows the movie will take time to cover Black Adam’s time before being imprisoned. And one part of the trailer mentions how his son died in order to save him. That right there is more than enough reason for him to lose his $#&! and destroy the government that took everything away from him-his freedom and his family. This will no doubt paint him a more sympathetic light, a character that audiences can relate to. I mean, who wouldn’t be angry if one of their children was killed? But I think it also hints at how Black Adam will end being being an ally to Shazam. I

'll admit, I’m not sure why this movie version of Black Adam wants to fight Billy. Then again, looking at the comics, he doesn’t really need one. And there’s always the possibility that Mister Mind will end up controlling him to gain his power. But the two are for sure going to fight. But just before Black Adam can land the killing blow, I will call it and say that Shazam will revert back to his human form and THAT will make Adam hesitate. That trailer of his shows that he is willing to kill people. But I highly doubt that the studio or even the character himself will allow him to murder a child. Not only would that be a line the studio won’t allow to be crossed, but that will stir up memories of Adam’s own child and will have him viewing the Monster Society as no better than the government that enslaved him all those years ago. He will then turn against them - resisting Mister Mind’s control if that’s how they got him to join them - and the two champions will team up and defeat the group of villains.

Now I’ll admit, this is just a theory. A lot of this depends on how events will play out in both Shazam 2 and Black Adam. And while the Shazam team did say that a crossover between the two won’t happen at least until Shazam 3, that’s not a guarantee that’ll be when it happens. But I do think the most essential parts of my theory will be accurate.

Sounds like a film version of Johns, Kollins, and Eaglesham’s recent Shazam series

I mean, they did take most of their inspiration from the New 52 origin of Shazam for the movie. So it makes even more sense from that regard

I know but that short lived Shazam series was directly connected to the New 52 origin story.

Wasn’t sure Mister mind could affect Shazam or Adam

That just seems needlessly complicated. The Power of Shazam series showed that they can both be controlled by Mr. Mind…as well as eventually be able to fight back against the control. Besides, Black Adam can just willingly just the Monster Society as well. That part of the theory isnt as important

But Brainwave is so cool.

Brainwave wouldn’t fit into a Shazam movie. A JSA movie for sure, maybe a Black Adam sequel if he does end up working alongside the JSA following his first film. But not in a Shazam 3 that would already be filled with multiple big time Shazam enemies 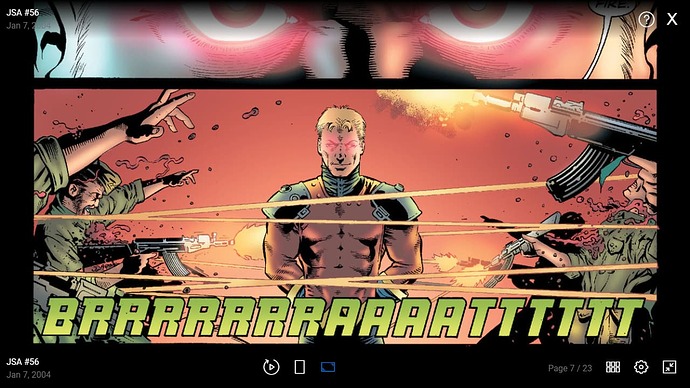 I thought that was Ambush Bug! Lol

Robin messed with your copy. Not your fault.

Should Stargirl be in Black Adam’s JSA?

I, Like Your Ideas and Your Way of Thinking!
That Would Be an Excellent Shazam Three!
I, Think That Would Make Shazam Fans and Comic Book Fans, Happy!!!
I Know It Would Make Me Happy!