Calling @DeSade-acolyte! @c-m-woodworks has a question on Make MKV. DeSade gave me some tips on a media server, but I’m not an Apple PC guy. He may be able to give you info.

Makemkv comes with a free 30 day trial. I used it to rip my blu-rays so I could watch them via appleTV.
It’s really simple. Hookup a blu-ray drive, you can tell it to not take items under a certain number of minutes/seconds. Start it and it will make MKV files. Then you can convert mkv files to mp4.

Handbrake I don’t use. So if you want to use that, sorry…you’re on your own on that one.

For converting from mkv to mp4, I use Aimersoft video converter ultimate. It’s quick, easy to use and does good batch jobs, so you can let the conversions run over night, provided you have disk space for them. It’s not free, but for me, who ripped my entire dvd and Blu-ray collection to mp4, it was worth it. I have some region 2 PAL DVD’s and it will allow you to keep the normal resolution.

Hope this helps and best of luck.

I appreciate the response. I actually have some experience with both programs. My go to method is to rip with makemkv and sometimes use handbrake to decrease file size. I have a pretty big video library. I store everything locally. As you can imagine it takes up a lot of hard drive space. I have some hdmi gadgets that work really well but I have a pc hooked up to my tv and I use videolan to watch videos. That seems to work best. I’m at the point now where, sadly, my video quality is a little outdated.

I was more or less asking if anyone else used software like that besides me. The hang up with what I do is, yeah it’s free, but the file sizes are a real problem. Handbrake is a great solution for file size but when you’re dealing with Blu-ray you still end up with large files. Plus, you sacrifice video quality.
Handbrake will convert to mp4. It sucks for ripping disks. But once you have the large Mkv file handbrake can do anything you want with it.
Eventually you have to pay for Makemkv if you want to use the Blu-ray function. I’m not sure if the company ever gets sued and shuts down the software will still work. Someone could tell you more about that but I’m just not at that level.
The whole thing is licensing. If it wasn’t for that, it would just be a disc with video files that you could open and do whatever you want.

Anyone else love the discDr as much as me? For cds and dvd?

There is nothing illegal in reading and converting from a Blu-ray or DVD or CD you already own for your own use. So as long as makemkv, handbrake, Aimersoft, etc are not violating patent they are fine from a licensing standpoint.
I use a Mac as a video server, rather than HDMI from my server directly. Since I have multiple devices and that way I can access the movies anywhere on my network. I find MP4 in the quality I get from Aimersoft is fine for me and mp4 are considerably smaller than mkv files. 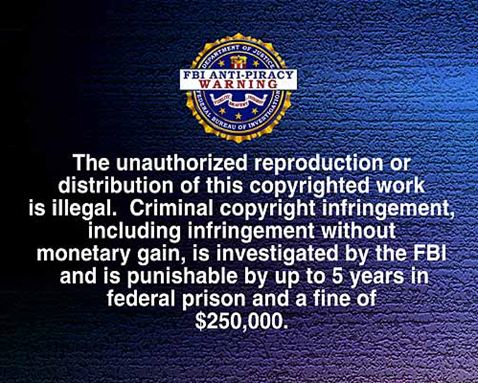 I think I have just completed the animated movie collection! I might be missing a Superman animated movie that I have on DVD and I am not getting the Lego movies outside of Lego Batman. Next step is TV series, I hope my wallet will still be friends with me after this ordeal. Also, I have had Aquaman since it was released but for whatever reason I didn’t originally include it in my DC list on Vudu.

No, streaming cannot compare to the actual disc. While 4k streaming still has the same resolution (3,840 pixels by 2,160 pixels) as a 4K disc, the disc is better because of a little thing called compression. Just check out a scene that has lots of black in it while streaming. You will notice a ton of pixelated artifacts in there that you just don’t get with the disc version. If you were to stream a 4K/UHD movie/tv show with the same compression that was on a disc, your Internet couldn’t handle it. Your talking terabytes of data instead of gigabytes.

All that to say, I purchase mostly digital, but if it is a “DC” movie, “Marvel” movie, or “Star Wars”, I buy the disc as well.

Wow, you have Catwoman and Steel. That’s dedication.

With physical media, you never have to guess. A friend of mine has a nice home theater and Blu Ray collection to ensure best quality. Internet is so finicky! However, TV size and viewing distance has a huge effect on how we perceive video quality.

I myself am building up my digital collection on iTunes. I’ve moved around a lot in the past 6 years, so carrying around a physical collection isn’t possible. As a student in small dorms, space is also limited and most of the time I haven’t even had a TV. If I did have a TV, I didn’t have a DVD/Blu Ray. So digital is super convenient. I can take my entire collection with me everywhere I go, space isn’t an issue, and I can watch on all my devices. If internet will be an issue, I can always download it to my device. I also don’t have to worry about having to upgrade my collection if something newer and better comes out (i.e. upgrading VHS to DVD, DVD to Blu Ray, Blu Ray to 4K… and what if you start a collection on a medium that goes extinct like HD DVD…).

The only downsides are that some but not all come with the extras that are found on the physical media, and you don’t get the cool stuff that comes with a lot of the physical complies, particularly the collector’s editions.

Oh this is very nice.

I also have a Movies Anywhere account which means a good portion of my movies are on multiple services across Vudu, Amazon, Google, and iTunes. The downside to that is TV shows are pretty much stuck on whatever service you purchase it on. I would like to have my Ruby-Spears Superman cartoon from Amazon on Vudu but that show is not on Vudu for whatever reason.

I don’t get that either. Amazon is also the only place you can get The Maxx cartoon. I guess they have some distribution deal.

Ohh…I will probably looking for that soon. Along with The Head!

There is such a thing as “fair use”. The line you see regarding “without monetary gain” applies to protect the copyrighted material from being distributed without compensation.

This premise of fair use has also been upheld by the use of VCRs and DVRs. It is not a violation of copyright for me to record a movie shown through my tv or cable provider for my personal use.

I’ve heard your point of view before. I’m honestly not sure what to believe. The language in that fbi warning has changed and it seems to be aimed at least at discouraging making any reproduction at all.

The very act of using a program like mkv is only necessary because movie discs are encrypted to prevent people from accessing the video files and copying them. Or even watching the disc on an unlicensed player. That seems to go hand in hand with the fbi warning. I’d like to believe what you’re saying is true, but I’d love to hear the source of your information. My info is all “something I read online” and I don’t know any federal officers to ask about it.

I can do most of what I want to do offline. If a tree falls in the woods…not that I’m worried about it that much. I love video game emulators too. However the sources of the game downloads themselves change from time to time because of legal issues. I’ve heard that it’s legal to have roms and ISO’s if you have a copy of the original game. I don’t know if that’s true either.

I can’t remember the name of the device, but there’s this small hdmi gadget that you operate with an snes controller. You can buy one and it has emulator programs loaded onto it up to ps1. You load your own games onto a microSD card. I once saw one of these with a card full of games for sale on eBay. That’s a clear case of bootlegging or “unauthorized distribution “. Same thing if I sold a 4tb hard drive full of movies. And, it gets interesting if you take intent to distribute into account.

There is this from More Information on Fair Use | U.S. Copyright Office

Effect of the use upon the potential market for or value of the copyrighted work : Here, courts review whether, and to what extent, the unlicensed use harms the existing or future market for the copyright owner’s original work. In assessing this factor, courts consider whether the use is hurting the current market for the original work (for example, by displacing sales of the original) and/or whether the use could cause substantial harm if it were to become widespread.“*

In this case it is not hurting the market because I have already bought the DVD and am not displacing sales.

iTunes allows users to copy (rip) cd’s into iTunes as mp3s, and use those mp3s as a way of playback using an iPod rather than solely a CD player. That is not illegal providing that you already own the cds in question. The rationale of this can easily be applied to DVDs as well.

This is one reason that I have boxes with all my cds, so I can show I already own them, same with DVDs.