Of the cosplays I’ve done 3/4 are DC. The first one was as Rorschach at our local Con back in 2012. That’s me and my oldest daughter who cosplayed as Raven. 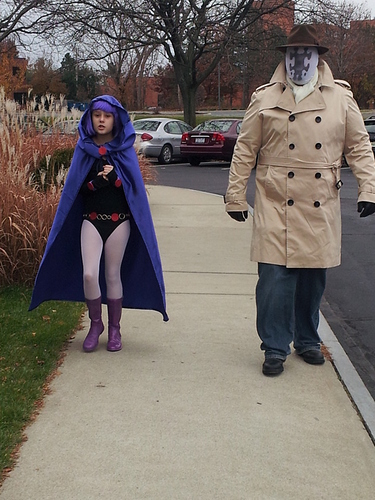 Next my whole family got together and did the Court of Owls. We met up for the first time with a group called DC Cosplayers East. We actually did a bigger con and then a local con the following day. We had my family of 4 and added my SO’s brother and friend and then amazingly we ran into a little girl who was also cosplaying as an Owl. Bonus Joker and Penguin were there. 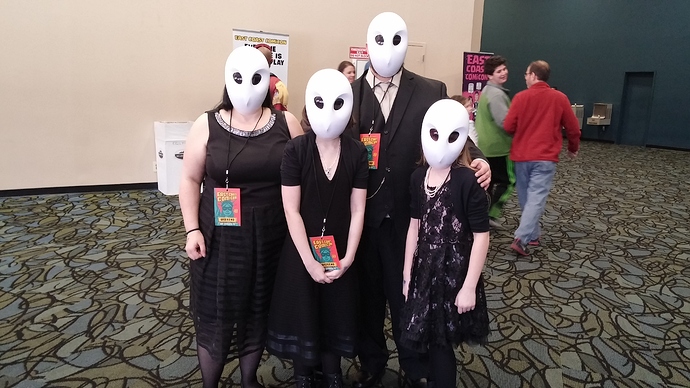 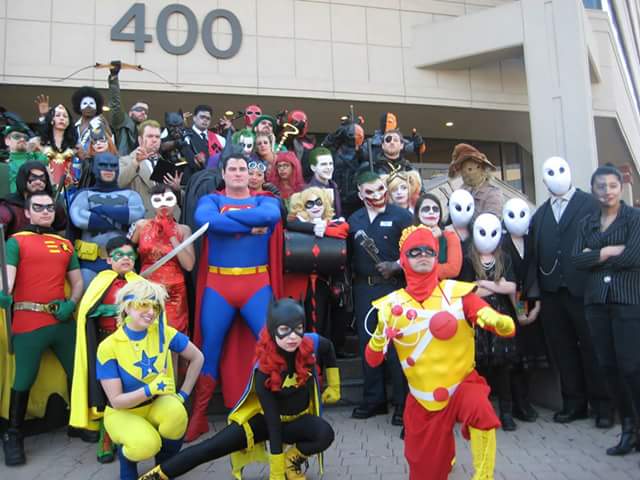 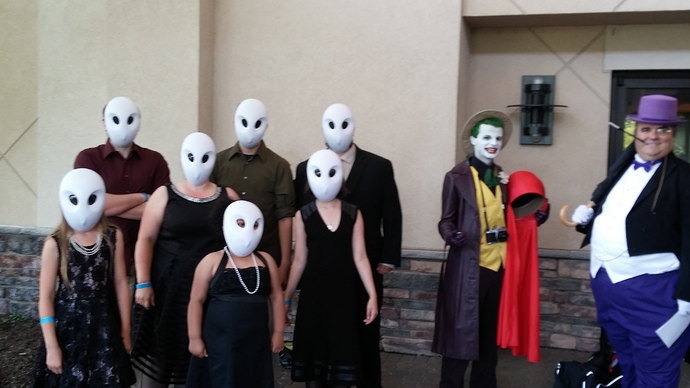 After that I made my own custom version of Bane in “punk” style. A few others did the same. Met up with the big cosplay group again this time in NYC and there were a lot. (You can see me in the center of the photo near the top) 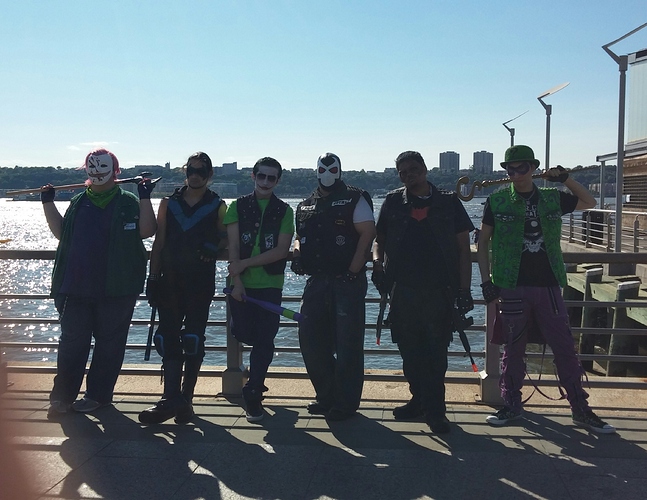 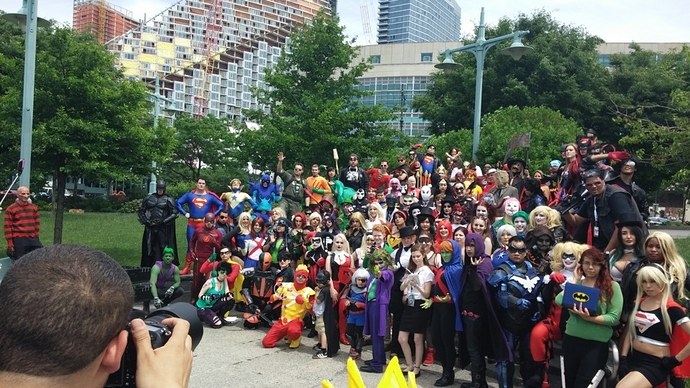 Thanks. We’ve definitely had a lot of good times over the years cosplaying and attending conventions.

That’s great always wanted to go to a con. Was going to go to my first one but the world ended that week so it was canceled​

Hopefully when things are open and good again I’ll be able to go to one.

I went to my first con with my brother a few years back. We both had fun. He’s not nearly as geeky as I am (or at all, really), but he was saying the next time we go we’d have to cosplay.

I’ve had so many great experiences while cosplaying. From high fives and fist bumps with little ones and letting them beat me up to full on adults going crazy. I’m normally very shy but it allows me to become someone else almost for a little while and just try to have fun.

I remember a pretty girl cosplaying as Wonder Woman jumping into my arms because she loved Rorschach. I remember this couple loving my Bane and this guys wife wanted a picture but then I was surprised when he was like ok now my turn.

I mean there’s down moments too like when someone said I was no Bane because I wasn’t big enough or muscular looking enough but the good outweigh those times for sure.

My first thought was to cosplay as King of the Hill characters, since all we’d have to do is wear jeans and t-shirts basically.

But there are so many options that would be fun, it would be hard just picking one, let alone actually making the costume.

As a GL fan you could even just do Hal in his flight jacket/military look or I’ve even seen jackets that look a lot like the normal costume. Whatever is comfortable and fun though is good.

You guys gotta understand how awesome that picture of the 7 Court of Owls was. We were already at the con a while and went out to take some pictures. The little girl and her grandma are about to walk into the con and can you imagine the shock to see 6 other people dressed the same as her? Everyone is like waving her over to join us. It was so cool.

Those are so great, and though I don’t know where, I feel almost certain ive seen photos of you and that East group before, too! I envy ya! Looks like so much fun to cosplay as a family!

Yeah they are mostly out of the NYC area and have a big presence at a lot of Northeast cons. Wouldn’t be surprised if you saw pics from New York Comic Con and them. The big photo is from NYCC: Special Edition.

The punk version cosplays were fun. We did a bunch of pictures imitating the film The Warriors (1979).

very Nice! Love that you have such a large community that just runs away with the fun and embraces to the fullest!

I’m just starting in cosplay (at the tender age of 59), and while my Shadow costume went over well at last year’s Rose City Comic Con, nearly half of the ones I’m currently working on are DC-related. I’m literally one belt pouch away from finishing Doctor Mid-Nite (McNider), and I’m pulling parts together for both Golden Age Flash (with a Tim Conway twist) and a gender-swapped Wonder Woman (doing a cross between Jim Lee’s jacketed costume and what Lynda Carter wore on TV). Further down the queue I have the Golden Age Sandman, Two-Face, and the one I’m most eagerly anticipating: the Condiment King!

That all sounds awesome. I’m glad you aren’t letting age deter you as well. Can’t wait to see pics eventually.

I think if I do another DC cosplay in the future it’ll be of Black Mask. (I prefer full mask cosplays especially because of my beard)

In my research, I’ve become something of an authority on “special needs cosplay” – I’m also half-blind in my left eye (I’ve chosen “One-Eye Cosplay” as my cosplay nickname) and I have other physical challenges as well. There are plenty of things that older and disabled people can do cosplay-wise.

(IMO, nothing – and certainly nothing I can ever do – will ever beat the quadruple amputee who went to a convention as the Black Knight from Monty Python and the Holy Grail!)

Nice! Really dig the one on the pier as Bane.

Thank you. That was the first time I did that cosplay but I used it many times after. Got a great picture of me and 3 other Bane cosplayers at NYCC I gotta find and share.