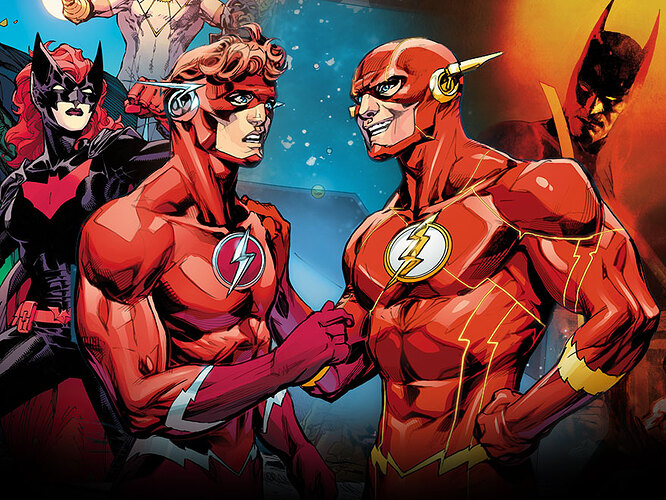 We all have our own unique tastes as fans, even here at DCComics.com, so we asked members of our writing team to share their personal three favorites. Look for a different top three every day this week, starting with our man of questions and answers, Alex Jaffe!

Let’s be honest: it’s been a hard, demoralizing decade for Wally West fans. After Crisis on Infinite Earths, Wally West spent the years 1986 to 2009 as the definitive Flash, leaving the sidekick role behind him and embarking on the long, uphill road to claiming his place as the Fastest Man Alive. Then, to everyone’s surprise, Barry Allen returned from the dead. And in 2011, Flashpoint all but erased Wally from the universal timeline. In comics, in television, in movies, Barry Allen benefitted from a generation of character building done with Wally. Wally’s enemies became Barry’s. His story arcs became Barry’s. Even, some would argue, large portions of his personality became Barry’s. It seemed that the Barry Allen of the 21st century was destined to be an amalgam of Wally’s best traits with Barry’s backstory, leaving the hero those stories were told for relegated to back issues.

In 2016, there was a Rebirth . Wally West returned, and shared a hug with his mentor that would melt even Captain Cold’s icy heart. But that wasn’t the end of his troubles. He was killed and un-killed multiple times. He was made into the villain of a major crossover event. He got strapped to a god-chair and became Doctor Manhattan for a second. Wally West may have been back in body, but his spirit was broken.

All until this year’s newest run on The Flash, starring Wally as the title speedster once more . With the ten-year anniversary of Flashpoint, writer Jeremy Adams—who also gave us Soul of the Dragon this year, by the way—has been putting in the work showing us just why Wally West fans love him so. After a wildly entertaining, breakneck arc quantum leaping Wally through speedsters over all of time and space, Adams masterfully restored Wally West’s heroism, his family, and his soul. And that was just the test drive. As any Flash writer should, Adams has started this run on the fast track and still shows zero signs of slowing. Just as it was a generation ago, there are few heroes who have endured more trials than the Flash, and who shine all the brighter for it.

To check out the rest of Alex’s list, head over to DC Comics!

What were your top 3 comics from 2021? Let us know in the comments below!

Here is my take on DC titles

Great Journey through
Alternate Dimensions
Not sure of Current Arc

Exhausting to get through

Honorary mention: Let Them Live! Unpublished Tales from the DC Vault
The first, and thus far only, DC Universe Infinite exclusive comic was a blast to read. I loved Ambush Bug’s intro and outro for each issue, I loved seeing a different lost story from the DC archives and never knowing what character or adventure we’d see next and I really enjoyed some of the individual issues. Issue #3 stands out the most for a page of very interesting artwork where you had to turn the book/tablet/phone to follow the action and the dialogue. I wish this never ended and hope it comes back soon.

I’m really loving Wonder Girl and the current storyline in Action Comics. I loved the first issue of Dark Knights of Steel, and can’t wait to read the rest when it arrives here.

I need to read the endings of Superman '78, Batman '89 and Justice League Infinity before I can hand out the medals.

One three I’m flummoxed by are Flash, Action Comics and Supergirl: Woman of Tomorrow. All the online reviews and message boards love these three series. I dropped Supergirl after two issues and think the other two are merely OK. I know I’m usually out of touch with well “everything” but this is more than usual.

thinks “Well finally, someone else who is into Wonder Girl.” to himself

It’s just wonderful. Taylor’s run is absolutely the best that this volume of Nightwing has been in its near 6 years of existence.

A new hero bearing the Wonder Girl mantle, and one who is fleshing out the Wonder Woman franchise in exciting ways as only Joelle Jones can realize them.

It perfectly captures the feel of the Donnerverse (I can hear Reeve’s voice in my mind in every issue).

If someone were to nickname this mini “Superman V”, I wouldn’t disagree.

Bendis is still a solid chronicler of team books, and the Infinite Frontier era of Justice League is no exception.

It has a solid team (Naomi is an inspired addition) and has been a lot of fun, issue after issue.

After Robert Venditti, Bendis is my favorite writer on the series (Snyder’s run was fun in the beginning, but it eventually collapsed under the weight of its ambition), and I’m curious to see how his run will end at #74. 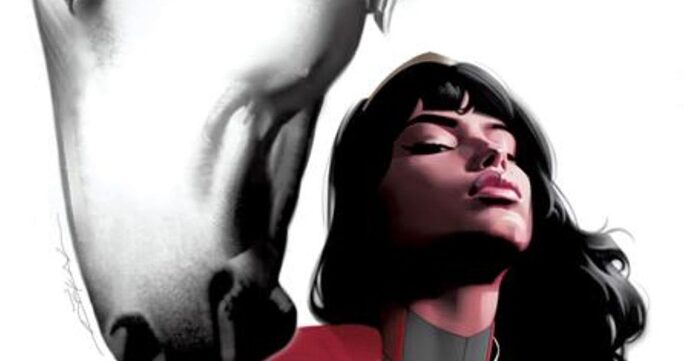 Is this what happens when the planned TV series doesn't happen? Wonder Girl, the new comic book series starring Yara Flor as a future Wonder Woman was

They already had 8 planned and it will not be published. With that kind of decision I think the series was either a hard flop (I do not look at sell numbers) or all the creators just wanted out.

I found no concrete lists, but some speculation at reddit.

According to them the artist lost interest or something like that resulting in really bad delays. Sells were still good but in a bad downward trend. I think this supports my theory the creators were no longer interested.

Something was off with this series from the beginning, at least from a pure technical standpoint - the release seemed really delayed, given that it was announced with the Future State stuff pretty early, but didn’t launch until May, and then it was irregularly released to the max, with nearly 2 month gaps between many, many issues. Plus all the fill in artists didn’t help.

Wow. I have enjoyed this series and am sorry to hear this. I hope at least Yara will be appearing in other comics.

Hmm…I know someone with a birthday the day after you… It’s me.

Thank you, and a Happy Birthday to you as well, fellow Wonder Woman fan.