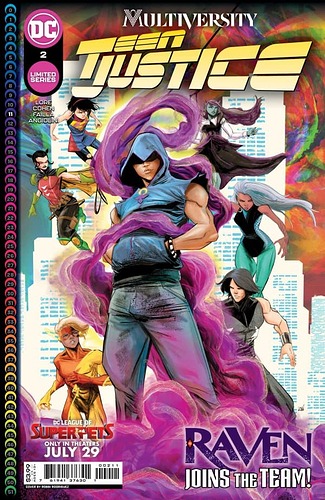 Co-writers Ivan Cohen and Danny Lore join rising-star artist Marco Failla for the incredible debut issue, which begins with an attack by the H.I.V.E. and ends in the Church of Blood!

What is Sister Blood’s true mission among the lost souls of New York City? Can Teen Justice get through their growing pains fast enough to learn the answer in time to stop it? And what role will the mysterious Raven—the brooding hero who has refused to join the team in the past—play in the ultimate battle?

The secrets of Earth-11’s newest heroes and villains unfold in DC’s most exciting new team title!

While waiting for #1 to drop, you can catch Kid Quick in the below books: 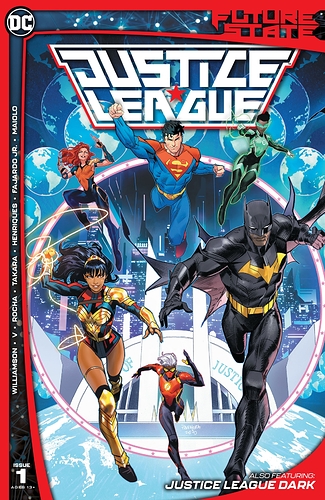 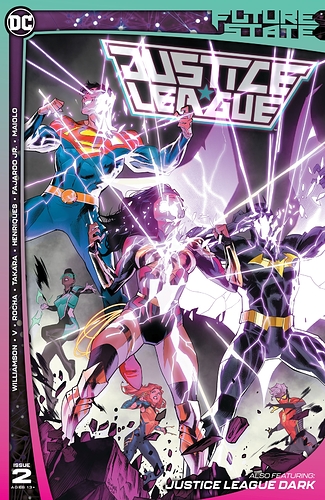 Exiled to a distant planet, the Justice League suspects an impostor in their midst, but not even the next Batman or Green Lantern can find the clues they’re... 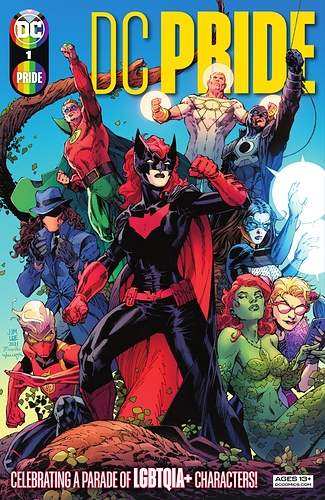 If you’re wondering what this “Multiversity” jazz is about, check this title out: 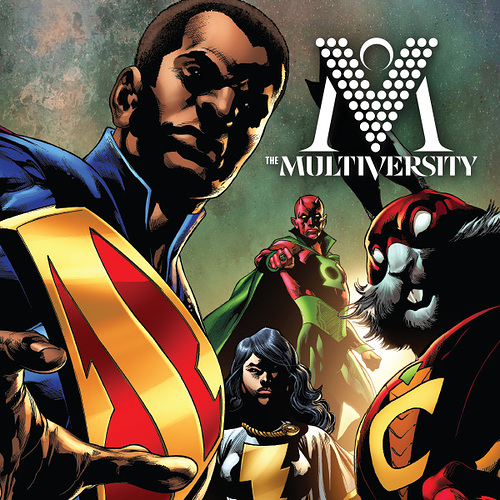 Take a tour of the DC Multiverse, as writer Grant Morrison teams up with some of DC’s greatest artists to explore forgotten realities with new heroes.

What are your hopes for this series? Are you a Kid Quick fan? Discuss below!

Check out some snazzy variants by Stephanie Hans for upcoming issues: 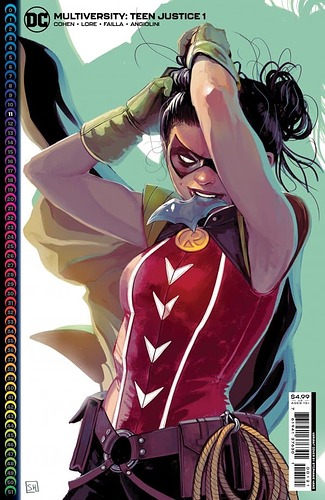 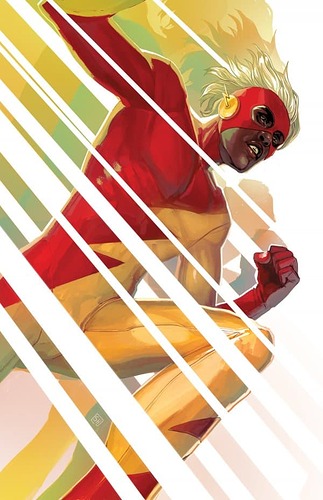 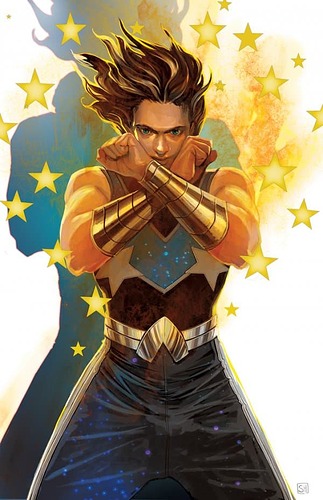 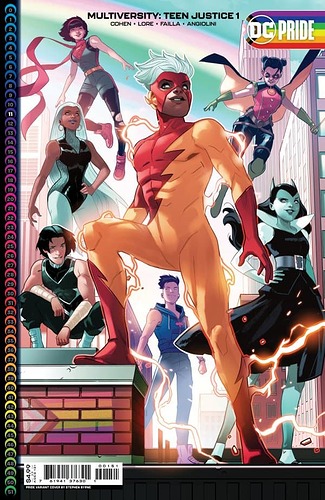 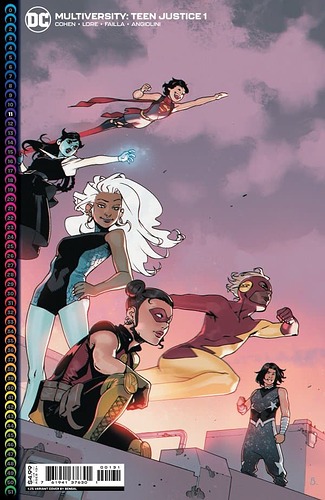 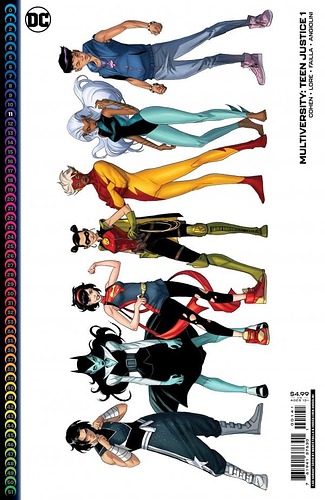 Are you a fan of The Multiversity and excited to see a new title under its banner?

I am likeing Kid Quick they are entertaining and Having ADHD I have had moments like that. I have been dying to see more about earth 11 since i read their introduction in DC's Very Merry Multiverse #1

…to see gender-bent Nightwing and Batgirl is one of my hopes for this series. but I have also been dying to know more about earth 11.
however, I think Multiversity is now out of date given the events of death metal did a reset of the multiverse.

Honestly, I enjoyed the first issue…Damian’s brattiness to me works better as a girl so I like Talia Kane far more the Damian. I hope we find out more about the Batwoman Who Laugths during the run.

I really love this more heroic take on Klarion and im loving the design for Troy.

I realized this yesterday does anyone else wonder that since Batwoman is Kathy Kane…does that mean Kate Kane Is Bruce Wayne? god, i want a earth 11 Gotham series.

i want a earth 11 Gotham series

I’d like an Earth-11 ongoing, so as to showcase Gotham and the rest of that Earth as well, and how it relates to the rest of the Multiverse.

the one thing that gives me a bit of cringe about earth eleven is how Talia Kane…may have been conceived.
PS who is your new avatar?

who is your new avatar?

Agent Diana Prince, as seen on this cover: 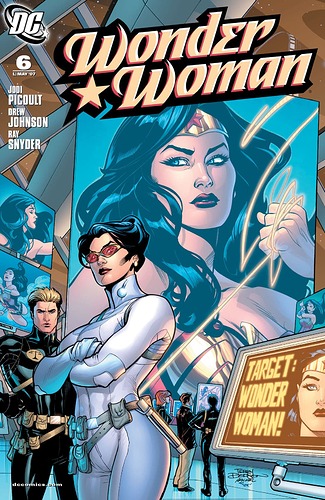 the one thing that gives me a bit of cringe about earth eleven is how Talia Kane…may have been conceived.

On the other hand, if done right and carefully it could be a very touching romance between…single mom Batwoman and Catman/Silvester Kyle.
I wonder would Alfrieda be a nanny or a Governess?
would Stephanie be a multiversal consent of a girl and good?
Given Diana Has a twin brother…would wonder if women still be around.
Would Kara Be super lad or superboy?
ok i would love a fight between ocean master and Aquawoman.
Hush oh yes hush must be done, but with a wedding at the end.

What are your thoughts on the first two issues of this series, and would you want to see Teen Justice get an ongoing, at some point?

Earth-11 has alot of highs and lows to its setting in my opinion. Im loving what this current writer is establishing with the setting and world, though im not really into alot of the stuff established by other writers. Like making this versions Hal Jordon a Star Saphire because woman now, and making Carol Ferris a Green Lantern because not woman.

I think id rather like an ongoing with this setting. I feel like its take with Troy is pretty neat, and im loving this heroic Klarienne the Witch Girl. Only nitpick is that I want more fleshing out on the Wonder family side of things in this setting, though im kinda biased in that side of things. XD

Only nitpick is that I want more fleshing out on the Wonder family side of things in this setting, though im kinda biased in that side of things. XD

The hell you say.

Getting more and more interesting. Given diana has a twin brother we can technically still have Wonder Woman in this. I am wondering why sinestra has no nose.