I almost exclusively collect trade paperbacks and hardcovers, and I’m always on the search to complete my collection of Question volumes. Right now my most wanted books are The Question Vols. 1 and 2 from the O’Neil series- out of print for 12 years now, and very hard to find- and The Question: Pipeline, the last collection of stories featuring Renee Montoya as The Question.

Another volume I’ve been missing is Batman/Huntress: A Cry for Blood, but I just ordered that online this week and it’s en route to my library as we speak.

What are your most sought after comic books?

None currently. White Whales of the past include but are not limited to:

-The Flash: Blood Will Run (from the original trade run of Geoff Johns’ Flash)
-Superman: Transformed!
-the Jack Kirby hardcovers from a decade or so ago (especially the Fourth World Omnibus volume 2 and The Demon)

@StarOfLyra they are out of stock in the paperback trade, but I see two copies of Batwoman Elegy hardcover deluxe edition first-printing at mycomicshop dot com, grade Very Fine for $24, Fine for $17.75

myself I have a few trades and I love them but the thrill of collecting single issues is hard to beat … one of these days a CGC 9.8 Ms. Marvel #1 will find a home here

Well if they ever release one I’d jump on a Fables Omnibus the stories are spread out too far I need a book or two that collects Fables,Jack of Fables and Fairest all together.

Nothing specific, though I do chase the old DC Archives heavily.

They look pretty on my shelf.

I don’t have any books that I’d call my White Whale, however, I do have this one… Okay. So, I’m doing the whole weight loss thing, and, if I reach my goal weight of 199, I’m going to treat myself to a road trip to Jay and Silent Bob’s Secret Stash to get my hands on a Green Lantern Power Battery prop. I know I could just order one online, but, using it as my ‘light at the end of the tunnel’ is kind of motivating, and I’ve always wanted to see The Stash in person. A Friend of mine was on Comic Book Men once, and that just made me want it more. (Fun side note, the t-shirt he wore on the episode? I designed it for him. It was under a zipped hoodie, but you could see part of the image peeking out and that makes me smile every time I think of it.)

As far as books are concerned, I’ve really been getting into Dr Fate lately, and just picked up the three tpb’s featuring the young Muslim Fate, whose name escapes me now… Khalid? Anyways, it was an excellent run, and I’m super hooked on the character concept now. I love how, it doesn’t HAVE to be Kent Nelson for it to be Dr Fate, the mantle moves from mortal to mortal.

@manifest
I am just now seeing this, but you are my hero

I used to search for Prodigal but then ,to my joy, DC did a reprint this year.

Prodigal was a former white whale for me too. I remember seeing the original trade of it on the shelf of a comic store I used to go and then when I finally wanted to buy it, it had already sold.

It was also included in the 2012 trade run of Knightfall, specifically volume 3.

I would be like to collect all Doom Patrol series rather it be single issues or TPB. My white whale is Rachel Pollock’s run. Pollock wrote after Morrison and after the writers changed comic book stores ordered less comic of the series making it hard to find. DC was planned to release it in TPB back in 2017 but cancelled it so, I’m stuck looking for singles

My ‘white whale’ is not a comic, but a toy. It’s the 1992 Dark Knight Collection Batmobile by Kenner. While there are more detailed toys today, this thing was a real beauty… it had detachable missiles, could split in 3 parts (like in Batman Returns) and nicely fit the action figures. I remember seeing it in display back when the movie was released, and telling myself “I’ll buy it next time.” It’s very rare and expensive (used, incomplete items go for hundred on eBay) because this was one of the last cool vehicles produced by legendary toymaker Kenner for its figures before being acquired by Hasbro. This Batmobile is in scale with many other lines like Star Wars and G.I. Joe. Imagine… the Batmobile against Cobra’s H.I.S.S. or an AT-AT! 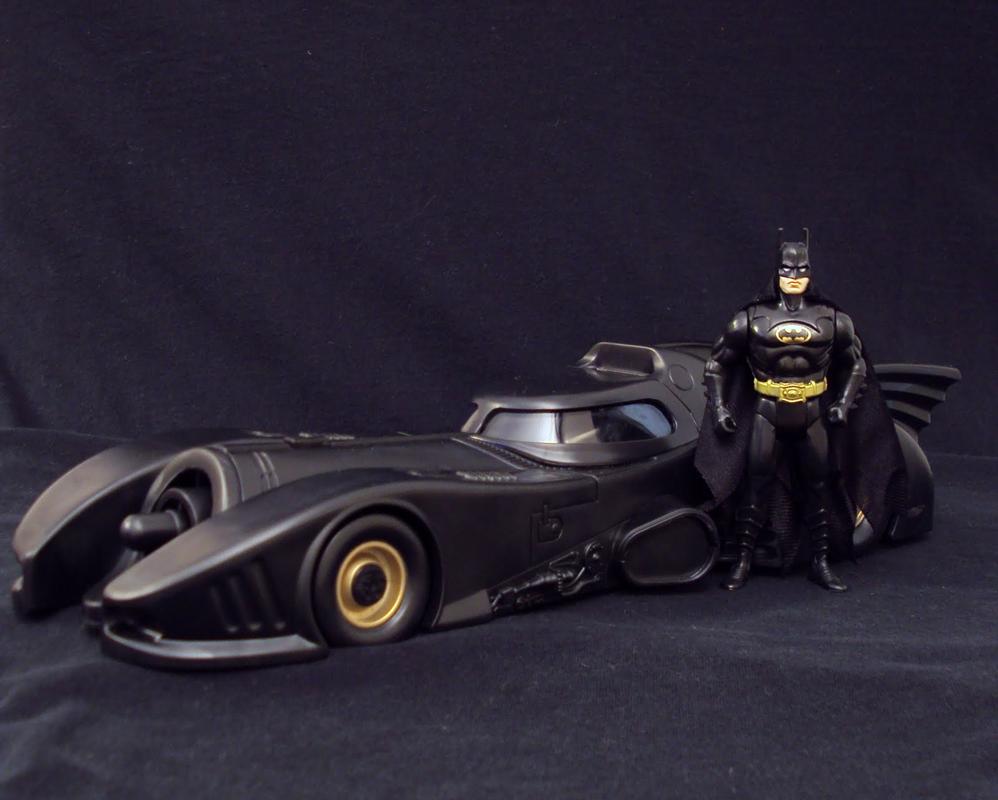 @enrique_guemez The Kenner Batmissle Batmobile was fun! I bought it from Target when I was a kid. I only had it for a few hours though, as one of the sides wouldn’t stay in and popped off at random intervals. Took it back and haven’t owned it since.

While on the subject, there is also a Batman Returns repack of the Batmobile from The Dark Knight Collection. Like the Batmissle, it’s now quite pricey too.

Thanks @Vroom. Yes, I’ve heard about the Batmissile, though I wasn’t sure if it was only the central piece or also included the sides.

JLA/Avengers by Busiak and Perez hard cover with slipcase. Ouch pricing on eBay.

Green lantern corps (2006) vol. 2. Darker shade (or dark side) of green by Dave gibbons with art by Patrick Gleason. It’s the one bit of Lantern lore missing from my collection.

Still waiting for that trade of The Witching Hour to come out. After Wonder Woman teased it at the end of one of her books I have to read it before I can continue!