What twist in a DC comic, movie, show, or other type of media surprised you the most when you first encountered it? (Make sure to put the details in spoiler tags.)

For me, the first that comes to mind is the reveal that Black Mask was impersonating Ted Kord in Tom Taylor and Bruno Redondo’s Suicide Squad. I had previously read Black Mask’s solo issue during Year of the Villain, and had no idea what it was setting up.

The Dark Knight Returns- Batman does not die.

The big reveal in Stargirl Season 3.

This one is really old and probably does need spoiler tags. In Superman the Movie when Clark flies so fast it reverses time. Great scene.

Speaking of Max in Wonder Woman 1984 when… Did we agree never to speak of that at some point?

The Joker’s Identity in The Dark Knight Strikes Again. The reveal of the fourth man in Planetary. It’s not only the who but the how

Oh yeah, this is a big one.

DC Universe: Rebirth #1 when Batman finds the Comedian’s button, thus indicating, along with what Wally had just told Barry, that Dr. Manhattan was actually responsible for the changes brought on by the New 52. Literally jumped out of my seat in shock and excitement over that moment and it still gives me chills just looking at that page

May not fit the precise letter of the question since I was at least aware that there had to be a twist of some sort when I personally read it, but this is handily my favorite:

Otherwise… I have pretty horrible self-control about avoiding spoilers, so it’s really hard to think of times when I was earnestly blindsided about something big. The Golden Age is the main one that comes to mind.

Though thinking of adaptations, there’s the Secret Society resurrecting Darkseid instead of Brainiac in Justice League Unlimited, the Light working with Darkseid in Young Justice (it’s a shame they never made any other seasons to follow up on that), and I think the twist that surprised me most in The Batman was the Riddler not knowing Batman’s identity—it’s kind of a weird gotcha, but it was legitimately the most surprising thing. 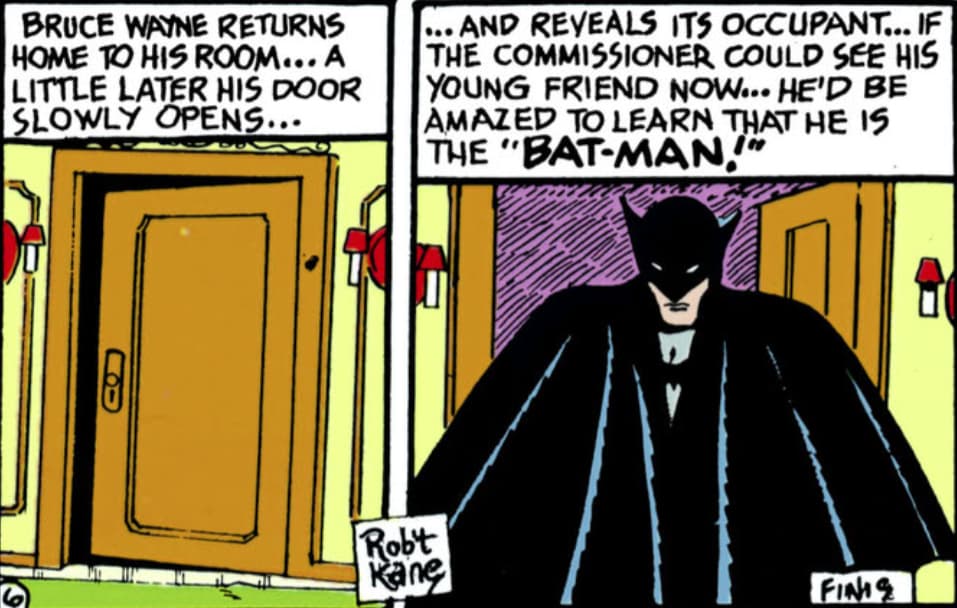 Not a far-reaching twist, but I enjoyed this setup and resolution a lot. Spoilers for Man of Steel # 3

Batman decides he needs a way to prevent Superman from punching him out, so he wires a sensor to a bomb “somewhere in Gotham” that will “will kill an innocent person” if Superman punches him. It buys them enough time for Batman to earn Superman’s trust, and at the end he comes clean that he planted the bomb on himself. It’s a very Batman scheme, and a clever piece of character development for both of them. 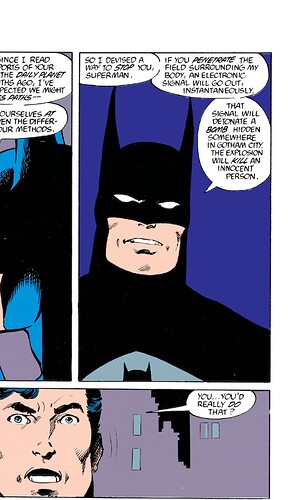 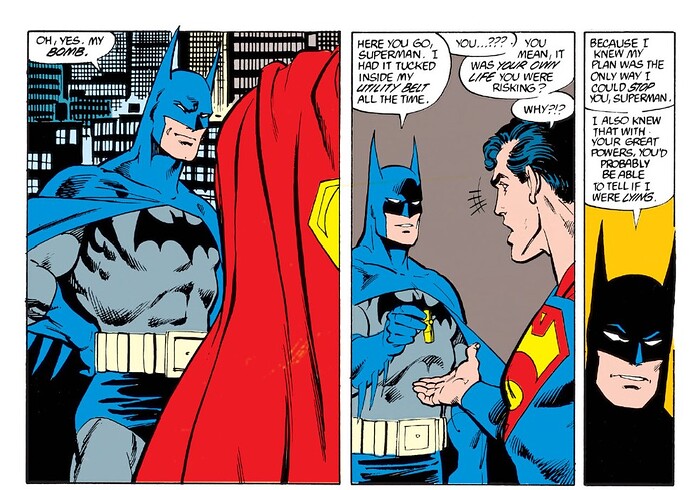 Another one that caught me off guard was the reveal of the Dark Flash in Waid’s run. I posted this on another Flash topic, but the reveal and what it meant for reality was so well done. I still go back to those issues. I really miss Walter West

I think the Peacemaker series hit me with a lot of twists I wasn’t expecting overall (I’m a great person to pull twists on. I suspect NOTHING!)

But of course, the biggest one being: