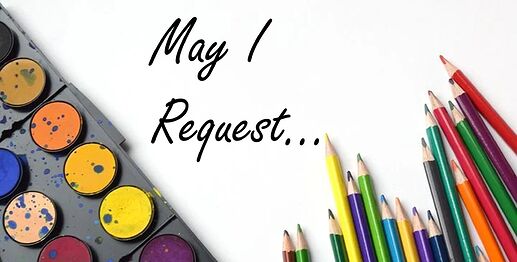 This is the submission thread for the @DCFanArtClub May 2021 monthly challenge.

Members are taking requests from other members and have the month of May to complete at least one.

You can find out more details here and also see all of the requests that have been made.

Here is my take on Metallo. Should be ok since it’s within known protocols for Metallo. I, unfortunately haven’t read too much on him, but I played DCUO religiously and loved how he was “drawn”. Especially seeing him by the Shipyards or during the Star labs mission where he calls Superman “Superdupes”! I totally wished he was a skin in Injustice 2, alongside Grid, for Cyborg. 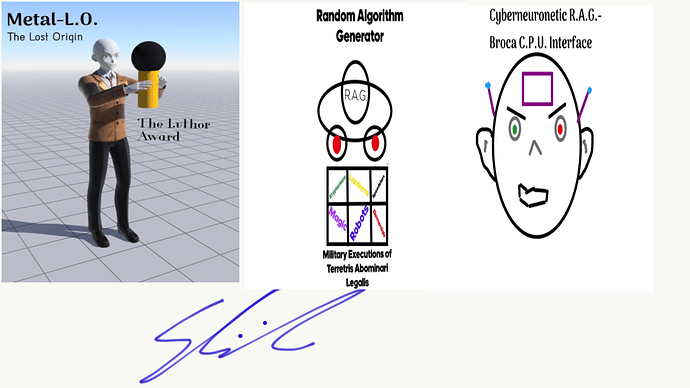 BTW Terrestris Abominari Legalis is Latin for Legally defined Earth Abominations. I picture Metallo as being a Military Killer Robot.

The first picture is along the lines of Lex awarding scientific genius with a mini Metal-man. The Will Magnus kind. Think of a Smart trophy that Lex uses to keep tabs on his scientists.

I still have the Pierce family and Kate Kane to work on!

@RobArt471 you had requested
Superman vs Gen. Zod fighting from the Superman II movie - Rob
I actually tried to challenge myself more by drawing the poses rather than taking exact references but still with my eye for the realism of the actors’ likenesses. I hope you like it. 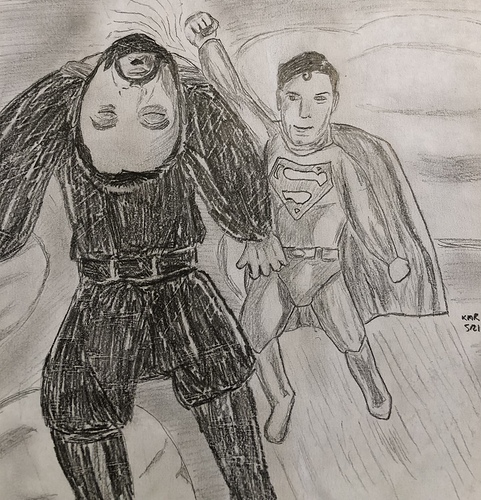 You nailed them!! Terence Stamp, even upside down, is almost photographic! Christopher Reeves’ grin as he punches Zod is my favorite!! Thanks!! I knew you wouldn’t disappoint!

I’m glad you liked it! I was worried about Christopher Reeve turning out as he is such an icon. I knew I had Terrence well, just was having issues with Superman. This was fun to do and I’m glad you had faith in me to do it.

@JKoco17 your request was:
Michael Keaton Batman - JK
I started with Batman but I wanted a way to show Mr Keaton as the cowl covers most of his face. So I drew it as a reflection of each other. You might to flip it around to see.
I hope you like it. 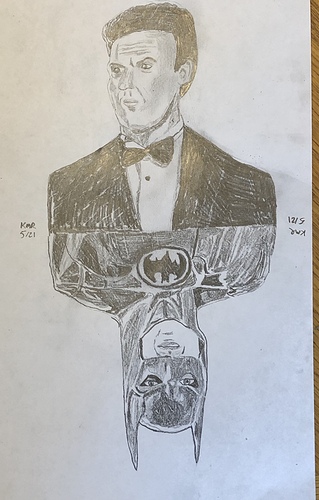 For @THE_OneAndOnly_Official_Batman request: Alfred as Batman 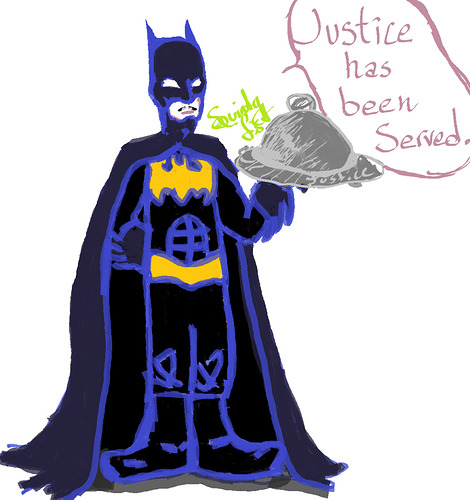 Oh my gosh this is amazing

Smh i completely forgot to make a joke abt Alfred being shredded, i heard he has an eight pack

Love it! The humor got me right here. I could hear his voice saying it in a proper British accent and it is his dry wit.

I love your unique takes on these challenges! It really speaks to the creativity as well as the intelligence that goes behind it. It is almost like your two sides of your brain are acting as one. Cool

Thank you, it means a lot!

Hilarious and fantastic work. The pose is perfect and like IMM said can hear his deadpan voice.

Dude great work, I like concept and really no intro needed you nailed his look.

Zods face is perfect I’ve never seen this movie but its a great looking piece.

where he calls Superman “Superdupes

I like the idea of lex keeping tabs on metallo with the mini metal man and the military execution box seems very waller-esque. Cant wait to see your take on Kate Kane if you do end up doing that request of course 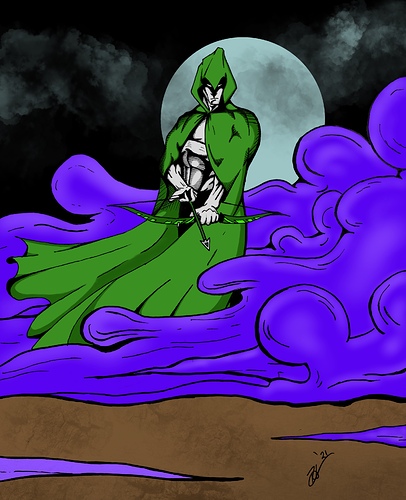 I hope this fits the bill!

Very cool! Are those purple clouds or purple ectoplasmic energy from another dimension? It really works as a good contrast against the green of the Spectre.

purple ectoplasmic energy from another dimension

Thanks!
You got it! Those clouds went under several re-colors until I found just the right color.