Bought this awhile back, but hadn’t found the time to watch it until yesterday. Obviously being subscriber to this service, I love Batman and the Bat family, but I also grew up loving the TMNT through every interpretation, whether comic, television, or film. I like when these direct to DVD DC animated films do unique things (JL vs. The Fatal Five, Scooby-Doo & Batman, etc.) so I was excited to see what a combo of Batman and the turtles would bring.

Simply put, I love this movie and wish that I’d watched it sooner. Everything from the animation to the voice work, action to the humor, really worked for me. The movie does a great job maintaining the fact that the turtles are actual teenagers, skilled but still learning (and likely to be a little childish). Some great moments with well known Batman villains, which mixed well with the turtles and their arch nemesis, Shredder, including highlighting the ridiculousness of the situation and characters within Gotham. I found myself giddy the whole time, especially when the necessary slow first act dissolved into fun interactions between the Bat family and the turtles, who each maintain their usual personalities.

The only major gripe I have is that the film continues the DCAU problem of incorporating too much violence. The language was heavily cut (thankfully), and the violence isn’t nearly as blatant as say, Batman vs. Robin, but having numerous henchmen murdered and guards having their heads sliced off felt tonally off from the rest of the film. I wish DC would realize the overt violence in these films is unnecessary, but Batman vs. TMNT is a step in the right direction.

Overall though, I loved this movie much more than I thought I would. The humor and action are great, the unique animation serves the setting well, and the character interactions are A+ and exactly what this film needed to work. And that post-credits scene, chef kisses. Hope to see a sequel soon, and I would definitely recommend picking this one up since it doesn’t seem to be coming to the service anytime soon. 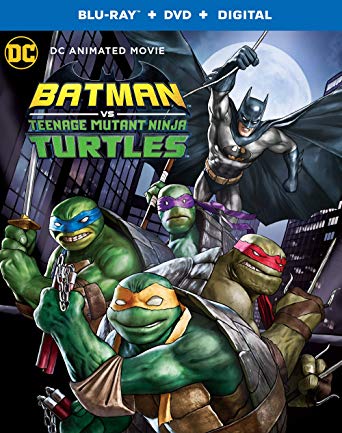 I’m glad you fell in love with you, I, too, felt the same. I believe it’s the best crossover feature film that DC has done.

I probably missed somewhere here in the forums, but are they going to bring this movie on DC Universe streaming anytime soon? I thought all the new animated movies were going to be on here after their physical release?

@rogue, it’s a joint venture between Warner Bros. and Nickelodeon. To get it on here, they’d have to come to some agreement with Nick.

@superby1 Bummer, i was hoping it wasn’t something like that. I guess I’ll have to rent/buy it then.