If you give space for talented creators to develop their own ideas on superheroes the results can be a masterpiece. Or Miller’s Superman Year 1.
The immense talents of John Romita Jr. can’t save this book from the double faults of getting is core character wrong and being dull. Book 1 was imperfect, particularly it’s depiction of Martha Kent and needless retelling of Krypton’s demise, but it offered a touching relationship between Clark and Lana and Clark’s defense of Smallville’s misfits. Book 2 starts with Clark at Navy boot camp, and quickly goes off the rails. Clark understandably shows off his marksmanship, but shows zero empathy for his fellow seal recruits despite knowing how hard the training is for them. The kid who didn’t stand for bullying, gives no mercy for his fellow trainees. Confronted with a terrorist attack, he does nothing to protect his fellow sailors or prevent further death until the very end.
The reimagining of Lori Lemaris, Supes mermaid girlfriend is better and certainly nice to look at, but it’s not interesting. There’s a lot of purposeless narration and a plot that goes nowhere. The Black Label might be a good idea, this book was not.

I’m gonna respectfully disagree with you there, bud

. I think it’s important to remember that this is a young Clark Kent, just out of high school. The superhero personality hasn’t quite fully formed yet. I thought it was interesting how his “stomach turned” when he was doing the combat training exercise. Was an enlightening and sobering moment for a young man showing off his extreme skills, which young men sometimes tend to do. Basically, we were reading about the time when Clark’s no kill rule was born, by discovering he cannot be a “soldier”, so to speak. We then see his stomach turn even more during actual combat, at the end of which he saved everyone’s life, including the bad guy.

Definitely a different take, but that I knew and expected it going in. I didn’t find it steered too far away from what I think Superman is supposed to be, but a significant reimagining for sure. The prose is extensive, but I didn’t find it boring at all, and provided a pretty good insight into a young man that is trying to find out who he is, while not forgetting where he comes from. I enjoyed it, and curious to see if Miller decides to do a full fledged Superman later. If he shows the growth in Clark that I think he should show, could make a for a good read, in my opinion.

Agree with you on Romita’s art though. Wasn’t a big fan before, but this book is gorgeous.

You did get a like there from me though, because you respectfully articulated your opinion, and I always appreciate that!

Moro, good defense of the issue. I really expected to like it cuz I thought #1 was pretty good (other than Martha) but didn’t work for me. My daughter wants all three so I’ll get the next one. Let’s see where we’re at in a month.

msgtv you know I think your cool but I got to go with moro on this one. I second all he stated and would add that he admired how although his fellow human recruits are fragile they are determined and how they push on. Not a direct quote but that was the gist of it. He does show mercy while in combat training. He did not let them show him up but those panels where they are training with the wooden knife could have gone way worse for the other guy. My only complaint was the repeated dialogue but I know thats a Miller thing.

Okay, I’m down 2-1 here. Gonna be stubborn and stick with my take, duking it out with Moro and Aquamon. 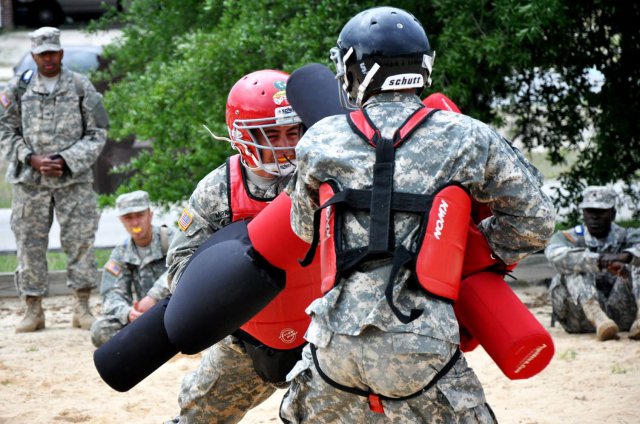 That first sentence may have sounded stupid. Your definitely cool but what I should have said is that I respect you and your opinion but disagree.

No duking here @msgtv. Generally speaking, I’m a very easy fan to please. I never really read a comic with a critical eye. If I enjoy it and time passes by swiftly, it gets my stamp of approval. Given that I have been reading comics for a much shorter duration than many of you, I actually learn a thing or two from posts like yours that may not necessarily agree with my sensibilities.

I’m going to have to side with moro and Aquamon.

I wasn’t really interested in yet another take on Superman’s origin, but so far, so good.

Moro, I’m usually very easy on my takes on comics too. I mean I read them for fun,so I go in with the idea that this is going to be good. This one just didn’t strike me that way.

Sorry msgtv I’m going to have to agree with Vroom, Moro, and Aquamon. First issue I enjoyed and even though I’ve only read half of #2 I liked that even though Clark is a lot tougher then the other recruits in SEAL training he admires them because they are pushing through their limits. Also when they are doing their knife combat training Clark literally says he feels sick doing it because of his views on human life and not taking it.

Keep in mind I absolutely hated how Miller portrayed Superman in The Dark Knight Returns. So I went into this book cautious but wound up surprisingly entertained.

Okay, so… I’m the only one on @mgstv’s side? Okay. Okay. But seriously though, the art is the only reason I even gave the second issue a shot to change my mind. Clark comes across throughout both these issues as a sort of emotionally detached, always smiling shell of what I know Superman can be (which honestly might just be how Miller views Supes; I wouldn’t be surprised). The first issue wasn’t offensively bad, but it was fairly generic (retelling of Krypton’s destruction, the bullying subplot from every ‘80s high school movie ever, etc.), and I could definitely have done without the attempted rape scene. The second issue just went BONKERS. And not in a good way. If Clark was a smiling husk in the first issue, he might as well have been a George Washington statue in number two. Also, I’m willing to accept the idea of Clark joining the army as a way of finding himself (I mean, Archie 1941 was great, so this can be, too, right?), but just the concept of him enjoying target practice and outracing everybody while ignoring their physical and psychological pains just… doesn’t feel like Superman. Also, the mermaid subplot would’ve been cool, if it hadn’t been in this “grounded” Superman book. It felt out of place, is what I’m going for. I enjoyed it (it was a nice reprieve from… everything else), but from an objective standpoint, it’s a weird choice. Also, as @mgstv mentioned, the constant narration is unnecessary and a bore to slog through. Overall rating: 5 out of 10. It’s not as bad as it could have been knowing Miller, but it ain’t great.

Et tu JO? So, everyone on the positive side cites the same point about Clark being aware of his fellow recruits pain in his favor while I and
Batwing52 say shows his disregard for them, in that he still gives no quarter in training. Batwing52 you hit on something I hadn’t thought of but I think you’re right. There is a detached quality to Clark here that doesn’t work for me.

He is feeling detached and Isolated because not only is he far from home and surrounded by people he doesn’t know for the first time in his life but because he is not one of them. He is truly alone in that aspect and feeling like you don’t belong or an outcast is typical of young people but for Clark it is amplified by his alien origins.

There’s more of a sense of Clark being an alien, disguised among us, studying and learning from us. It is a little more Day the Earth Stood Still than usual Superman stories, but I gotta say I’ve been enjoying it as well. Low expectations for Miller probably help, but bought it for the Romita art first and foremost. Exceeds expectations there. Holy bat-cow it’s gorgeous. And have been coming around to the alternate take. I liked the Jack Kirby drill sergeant, and think the army stuff illustrates precisely what seperates Superman from say, Sgt. Rock or Nick Fury. It’s that he leaves all that behind and has a spectacular mermaid adventure. I always get a smile when Superman stories get really out there, magical or cosmic, just that sense of anything can happen pulp magic. But hey, can’t blame people for not digging a modern Miller story.

Deadmanbrand welcome to the discussion. The books are beautiful. Do like Supes in more fantastical settings but the underwater adventure would have been better with less narration.

Looking forward more to this discussion than the actual next issue of the book. Just hope it doesn’t get out of hand. 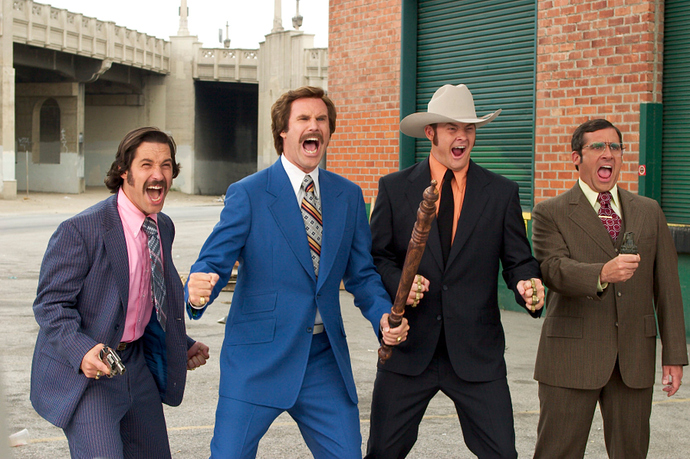 That whole segment in anchor man is gold.

“brick where did you get that grenade?”

Brick Tamland: Yeah… I stabbed a man in the heart.

Ron Burgundy: I saw that! Brick killed a guy. Did you throw a trident?

Brick Tamland: Yeah there were horses and a man on fire and I killed a guy with a trident.
Ron Burgundy: Brick, I’ve been meaning to talk to you about that. You should find yourself a safe house or a relative close by. Lay low for a while because you’re probably wanted for murder.