Looks pretty rad.
(This is just here so it doesn’t spoil the costume on the thread header​ 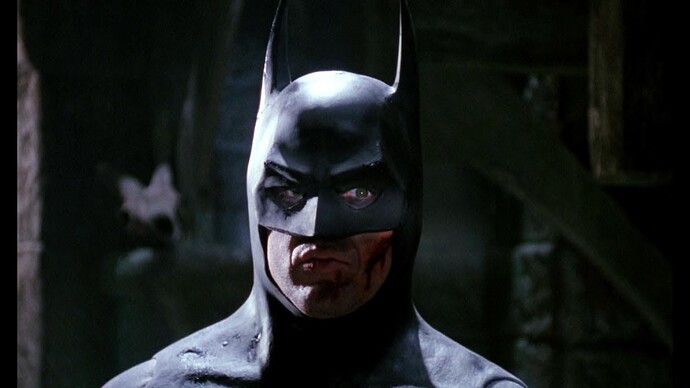 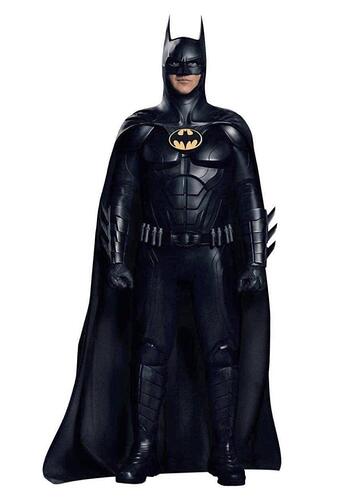 Saw it this AM- sooo cooool!

Thx for the heads up here @Daredevil.

thanks for thinking of me, @Daredevil!

I guess I can live with it, but it’s extending many of the things that I already disliked about the Batman Returns suit while also adding arbitrary lines everywhere.

I look so perfect.

I look so perfect.

I guess I can live with it

We’re gonna’ have so much fun watching him again @AlexanderKnox. 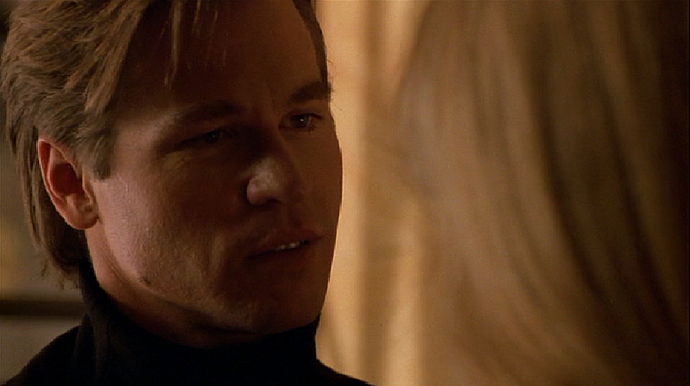 we can do this, Knox. we can make up explanations justifying the lines. it’s what we were born to do.

Leaving the lines instead of filling them saves a dollar in rubber.

and if he’s inducted into the Snyderverse, they’re grooves through which the blood of his enemies runs like a torrent of crimson justice or something

I see it as a merging of the Batman Returns suit (especially where the emblem is concerned, as its spot-on to BR) and the panther suit from Batman Forever, given that that was the first LA suit to not use a yellow or golden utility belt, instead going for a black tone, with small amounts of silver mixed in.

Intentional or not, the capsule utility belt is a nice nod to Batman’s belt that most think of when they think of his classic blue and gray suit.

Now, we just need to see some toys of it…

I dig the look of it in theory, though it does look…off in this photo. For me it’s the mouth area. It looks like it’s not molded for the actor’s face, which makes me think it’s someone else in the costume and not Keaton.

But I’m sure once we see something official it’s going to look a lot better.

Some of it might be, though I wonder if the lines around the neck is to segment it so that Keaton/stunt people can move their necks?

Besides, we probably won’t see most of those lines under the actual lighting of the movie anyway.

I saw it yesterday and man do I love it! In my opinion it’s the best looking batsuit ever!

which makes me think it’s someone else in the costume and not Keaton.

If you’re referring to the picture above, that’s definitely not Mr. Mom in the suit.

I imagine there are different cowls, depending on who’s in the suit for a given scene (especially when a stuntman is wearing it).

For this promotional shot, it was probably a lucky PA who got to step into the suit, and they chose a cowl that fit their face, rather than one that is exactly what Keaton wore (which is likely safeguarded somewhere until promo pics of him in the suit are needed).