Tournament PDF. Save it as a jpg or png file. Post the jpg or png BELOW!

dude thanks for doing this 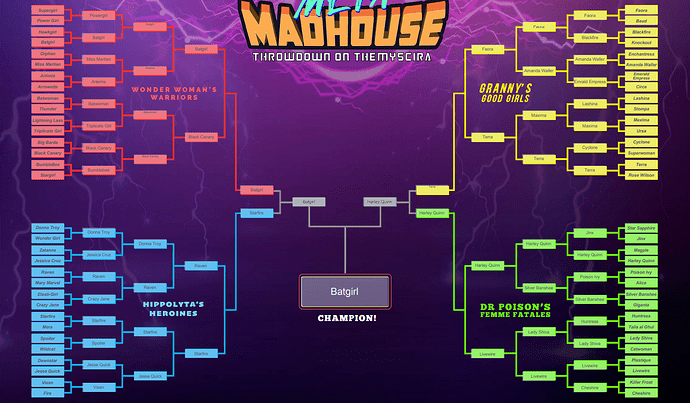 Here’s mine. I’d say there’s basically 0.000001% chance mine is going to be close to correct, which is about usual when it comes to me and brackets. 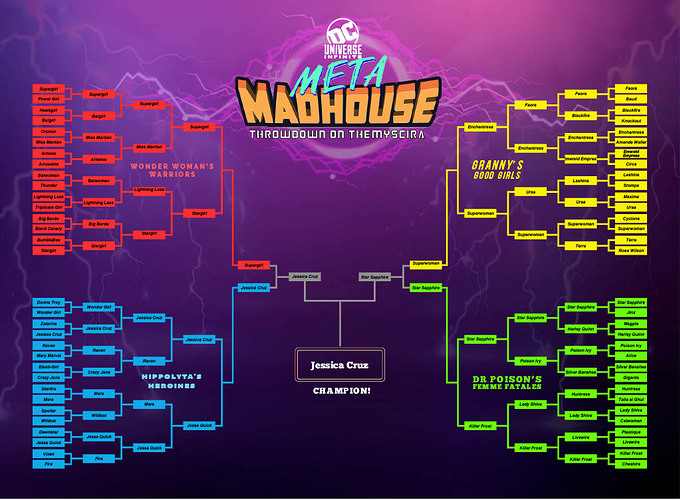 @DC89 & @Green.Lantern and everybody else.

You can do more than one bracket if ya wanna.

Our community group has been so busy getting everything ready, I haven’t had a chance to do any brackets yet.

However I’m sure I’ll be able to find time by the end of the weekend.

This will never happen but: 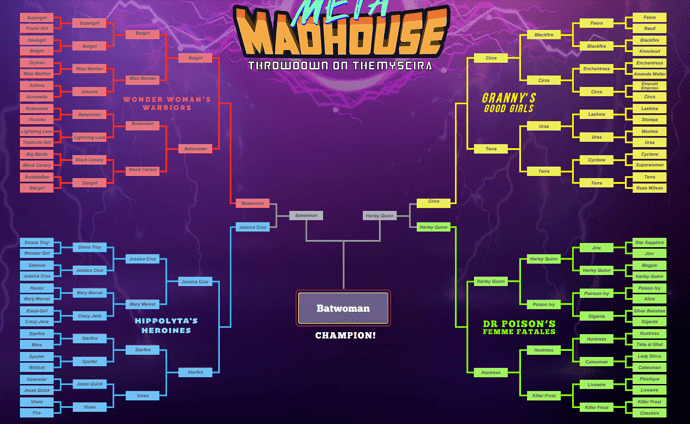 Ok, here’s mine. I doubt I’ll be close. But this was fun!
dcumarch.pdf (2.3 MB)
I couldn’t get mine to save as anything other than a PDF.

We’ll see how this goes…might do another one later. 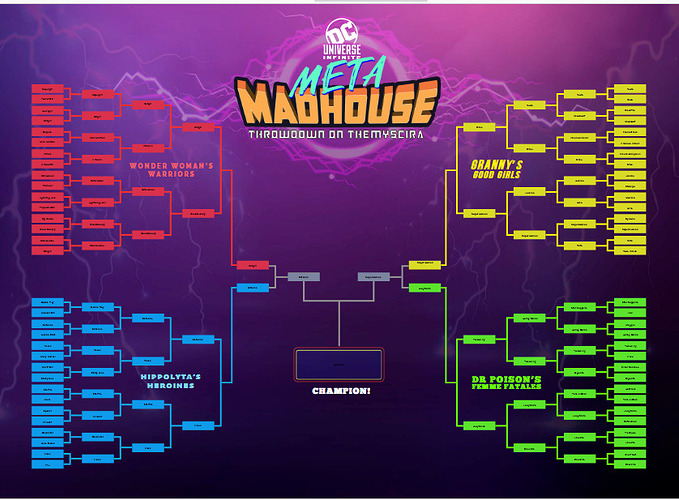 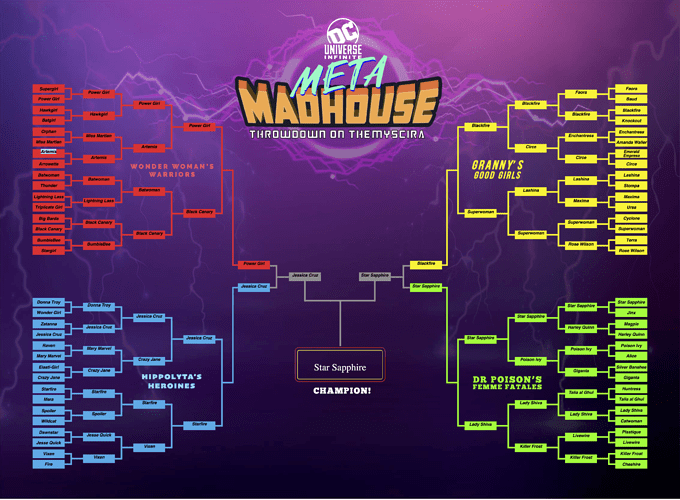 Star Sapphire is one of my favorite villains, but I didn’t expect her to be my champion. Iiinteresting. I think in my interpretation HJ must be in major trouble somewhere. 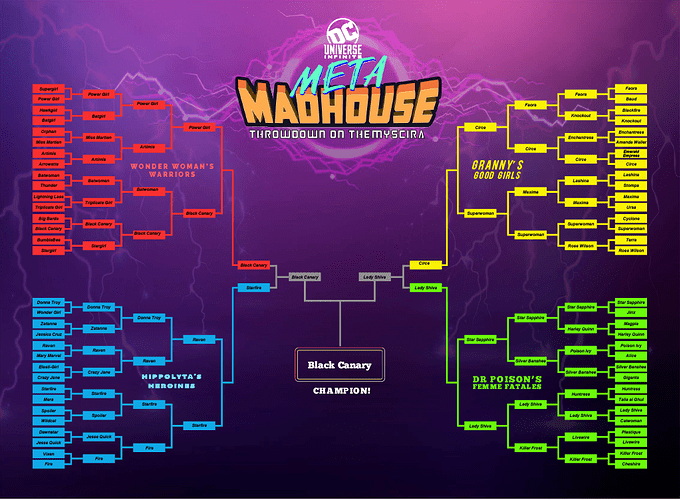 I was surprised but not too surprised when I saw the final 2 were Black Canary and Lady Shiva. I think Dinah could win! 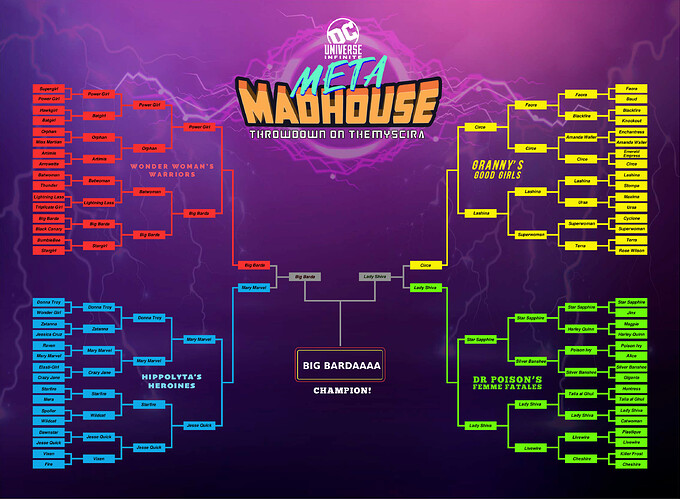 i started by voting for who i genuinely thought would win, but then Shiva happened and well. sadly i don’t know all of these characters well. even Spoiler, like, all i know about her is that she seems to die a lot, so i considered that a disadvantage in a fight.

which fights would everybody most like to see from their brackets? for me it’s Ursa/Lashina and Talia/Shiva (with guest appearance by Cheshire!) 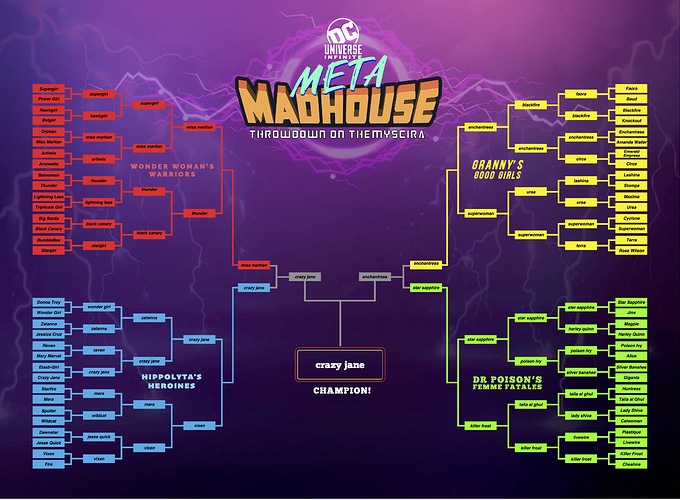 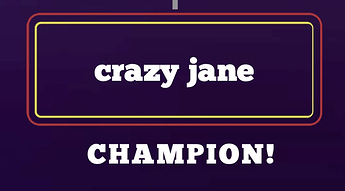 Hate to see Hawkgirl go out so early but a second round matchup with Supergirl took her out. This thread is magic, I tell you! 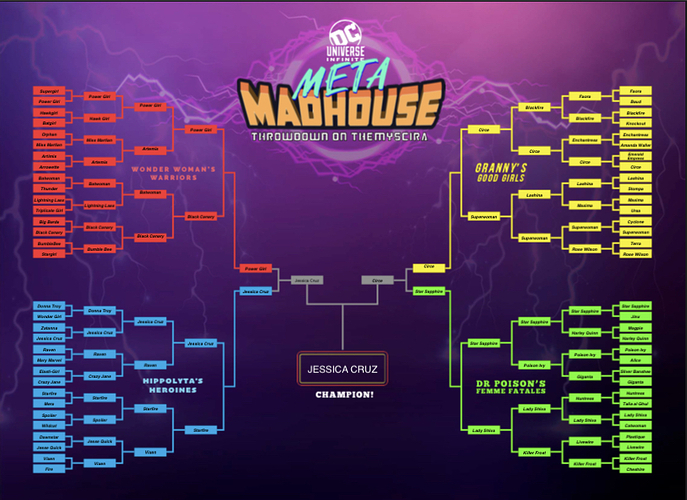 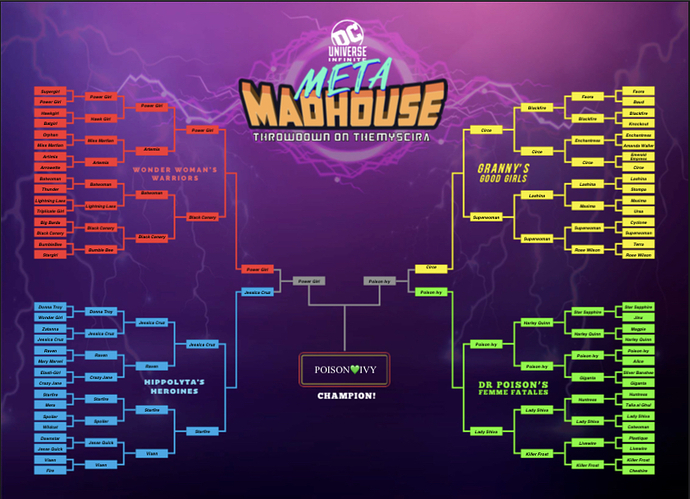 We’re allowing multiple brackets this year @FelixLeiter, so feel free to go for another…dozen, if you want.

. It runs all month long Check it out! 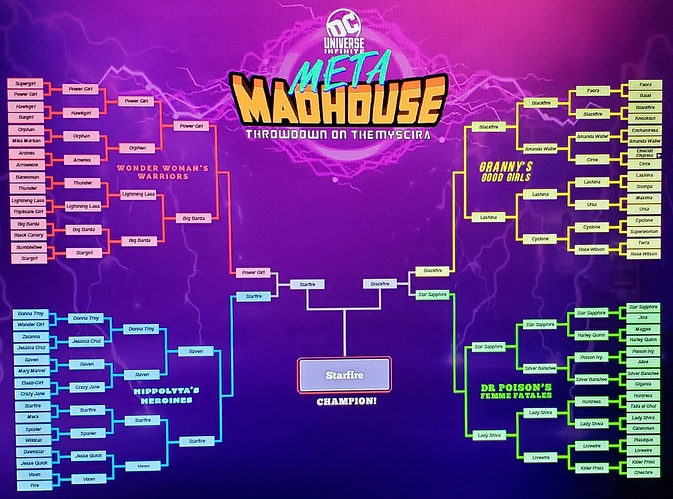 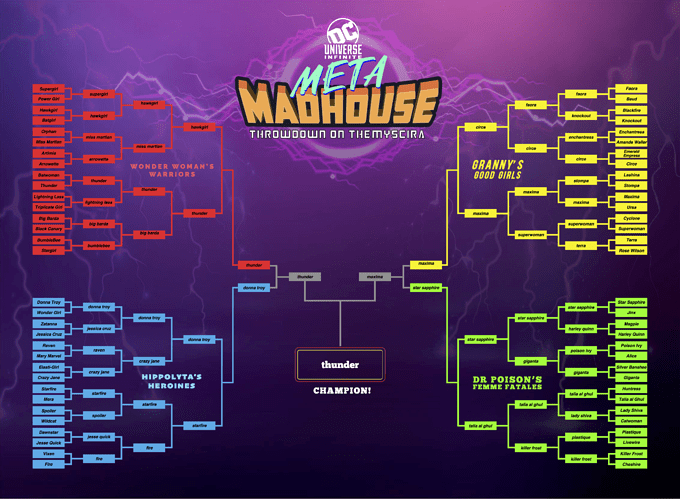