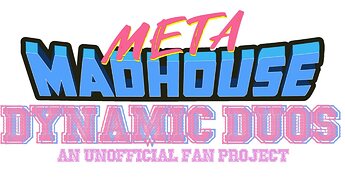 Heroes, Villains, and Everything in between, Welcome to the Meta Madhouse Dynamic Duo Tournament.

Don’t worry you’re not seeing double (well you might be with our theme). This is indeed another Meta Madhouse. As mentioned with the launch of DCUI the tourney was not able to be done this year. With many creative people in this community and the tourney trying to be a surprise others were bound to be making it at the same time. So what does this mean? It just means you guys get twice the Madhouse.

You can check out the Meta Madhouse: Throwdown on Themyscira competition here.

The theme of this tourney is Dynamic Duos. So that means instead of thinking about how one character will battle another, you will have to think of how one duo will battle another. Will they work well with their partner? How will they fare against the other team they’re fighting? You’ll have to decide when voting.

What’s A Madhouse and Why is It Meta?

It is similar to March Madness. You will make four brackets, one for each team. For example with each of our teams you’ll see the bracket and predict the rounds until you have a champion. Do that for all four brackets at least once, but feel free to make as much as you want. Then place the winners in the championships bracket for the Final Four. Play that bracket out and choose your ultimate winner and the Dynamic Duos Champion.

After you’ve made all of your brackets, the tournament will begin on March 10th. There will be polls for each round where you and the other players will be able to vote in. For the first round, the poll will last two days. After that all the polls will only be open for 24 hours. At around 1pm EST/12pm CST/11am MST/10am PST the poll will expire and the new polls will be posted. There will be a break lasting one day in order to set up for the next round. Each team will be given a week for their bracket. At the end there will be a championship bracket. Once the winner is decided, compare it to your bracket and how accurate you were to the end results.

DON’T FORGET TO HAVE FUN WITH IT!!!

You can make your bracket and post it here

What are these saves? One duo has been randomly selected on each team by Kelex. These people if they lose a poll will get the win instead for one round. Once used they can not get it again. Who are these people well you’ll just have to wait and see.

And the Chaaaaaampiiiioooooon of the Meta Madhouse Dynamic Duos Tournament is 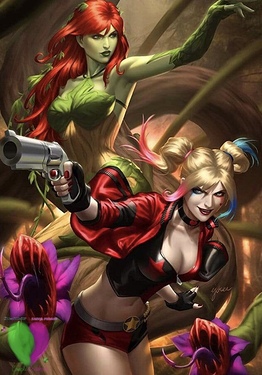 They will also be representing the the Meta Madhouse Dynamic Duos in the Mega Madhouse.

This is going to be so much fun!!! I can’t wait to start making my brackets

Can’t wait to see all the brackets

Oh man this does look fun! Time for more decisions

Three definitely would have been a madhouse

The more the merrier

Two questions: (I assume the former for both, but want to confirm):

The these are good question yes I would do all four before the tourney starts. And the championship bracket is based off your choices.

Remember the tourney starts Wednesday at 1pm est. so get those brackets in.

Tomorrow at 1pm est it all begins. Get those brackets in.
(I will except late submission during the first round poll of this week)

[image] Who better to have your back than your best pal. No business no fuss just you and friend doing what needs to get done and having fun doing it. Here is the thread where you will vote in the Meta Madhouse Dynamic Duos Tourney. It is simple, below there will be polls where you can vote for who you think won the match. Round one starting March 10th at 1pm est (give it take a few minutes) Round one will begin. Vote in round one lasting two days due to its size. Than round two will begin f…