After seeing Pre-orders for some of the new McFarlane DC Multiverse Grifter, Ghost-Maker, Death of the Family Joker. What are some of the characters/figures you have on your DC multiverse wish list. Here are some of mine

I don’t just want figures I want a sub line of 6 inch scale figures. Batman is not 7 feet tall and Master chief is, but when I put them next to each other they’re the same height. That irks me in ways I cannot describe. 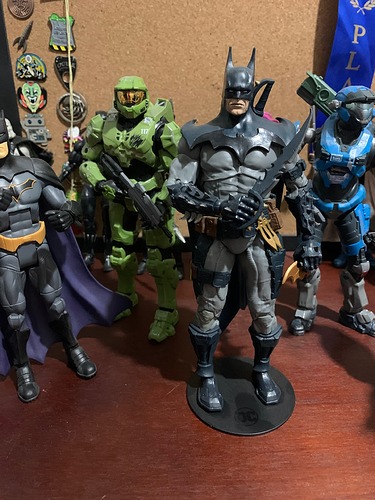 Lots of ideas have been thrown around in this thread:

) Alrighty then- on to the topic at hand. [DCE] So, I don’t know how you all feel on this but as wonderfully abundant the selection of DC action …

It’s not McFarlane specific, but lots of McFarlane suggestions in there. You may want to check it out

But, to answer your question:

Any rendition of Bibbo Bibbowski (very unlikely given Todd’s tendencies)

Simple as that lol

Here’s my list. I’m dividing it into groups, so bear with me…

I’m not sure if the figure is still available, but there is the option of getting Linda Carter’s WW from Mattel’s DC Multiverse line. I’m not sure where you can find it at a fair price, but the figure looks soo much better in person than how they promoted it online. The cuts on her thighs are not crazy evident like they showed. The face paint and sculpt is also a lot better in person

I have that one! 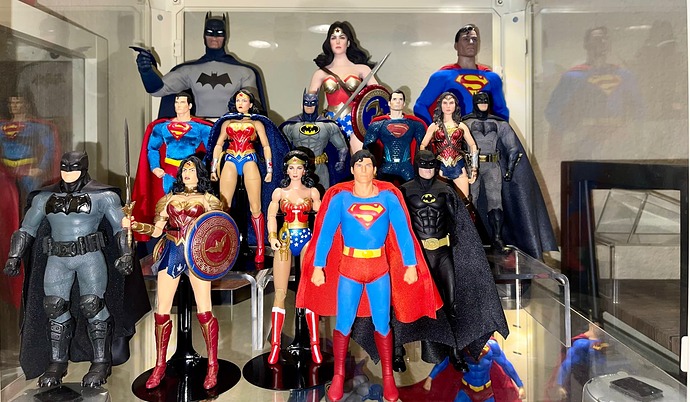 Awesome shelf, what’s that Batman on the left with the kneepads from?

Thanks. That’s the Mezco One:12 Collection Supreme Knight Batman. This one is the “standard” version; think they made like 3 or 4 variants.

Oh okay. You were saying that you wanted to see one from McFarlane Toys, right? I must’ve misread it then.

Would be nice to get Toddfather’s take on Lynda Carter, for sure!

Bane would be cool. If Bane does ever go through, I hope it’s either

I would like to see some of the following.

I would like to see some of the following.

I made these two: 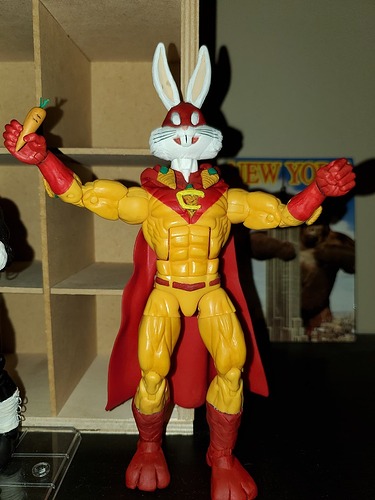 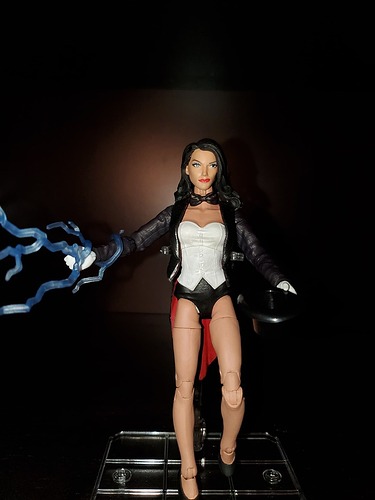 It would be nice if Todd did as well though.

Those are really sharp. Whose feet are on Captain Carrot. Love the lightning or magic from Zantana, though curious why no stockings, I know she has been shown both ways in the comics.

Whose feet are on Captain Carrot.

His whole body from the neck down is a Marvel Legends Sentry body with epoxy sculted over it (his chest symbol, the feet, etc).

Love the lightning or magic from Zantana, though curious why no stockings, I know she has been shown both ways in the comics.

It was easier to go no stockings, especially since she has used this look in the past (Batman the Animated Series comes to mind).