These are reportedly showing up at Target. I’ve not seen them yet, but the eBay picture below was clearly taken inside a Target (look at the shelf under the figures).

There was supposed to be a Riddler in this wave (which does not have a Collect and Connect figure) but he’s not pictured on the cardback, just the three figures that have been found. Word has yet to surface on why he isn’t in this wave. 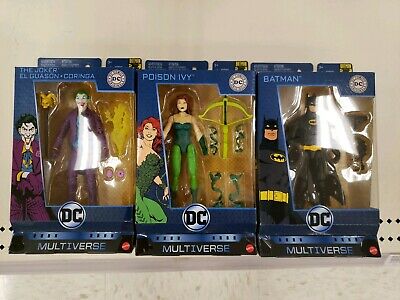 @biff_pow You can George Costanza-style knock down all the kids (and grouchy old farts) you want in the toy aisle, but if you come across multiples of Ivy do please snag one for @Pretty.Poison.Bombshell

A picture of Ivy’s cardback (expand for the full pic). 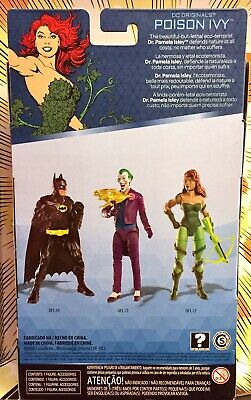 Vroom you are the mvp for this post! Thank you!

@Vroom, I’ve said it before, but I’ll say it again - you, kind sir, are awesome! Thanks for thinking of me! If @biff_pow is willing to brave the crowds and snag one, you’ll be my hero too!

Well i checked my target this morning and nothing :(. I’ll check again later this week.

These are just coming out though, so patience is the key.

You think they’ll release in walmart and walgreens?

Walmart…tough to say. They’ve had a very hit and miss relationship with the Multiverse line since it began at the very end of 2015.

Especially last year. They had the Aquaman movie wave and well before anyone else, which was great. Their lack of physical store support for other Mattel Aquaman movie product was not.

Then they had the exclusive Rebirth Harley Quinn and Spoiler figures that tied into the wide release Rebirth Lex Luthor wave…which was a wave they barely received. Why carry exclusive figures when you hardly carry the wave they tied into? I feel there’s some behind the scenes shake-ups for this one.

Given that the select Walmart stores that do carry Multiverse seem to be clearancing it (after having their Multiverse pegs mostly bare for months), they just may not be getting the last two waves.

On the other hand, it’s completely normal for Walmart (and other stores/chains) to clearance a line out under its previous SKU number, and then carry on with it under a new number and with new product. We’ll have to wait and see what happens.

Walgreens is a tough nut to crack too. The most recent non-exclusive Multiverse figure I’ve seen there is the CW Supergirl, which came out almost three years ago, if not a bit over three years by this point.

Walgreens does stay up to speed on Batman Missions though, and their Multiverse exclusives are a breeze to find, so it would be nice to see them carry the Tribute and Killer Croc waves. Again, we’ll just have to wait and see who gets what.

Beyond Target getting the Tribute wave, the other certainty is that these waves will also be available at the usual online hotspots (Amazon, BBTS, EE, Megalopolis, etc).

Gamestop could be a contender too, however they seem to mostly focus on the Signature Collection segment of Multiverse.

Ahhhh gotcha. Thanks for info vroom

@vroom thanks for the help man, i really wanted these. My target only had one of each literally.

I like the excitement in this thread. Congrats on the acquisitions, folks

Tell me please, did your Target appear to have done a reset of the toy aisle? I’m of the mindset that Target is putting these out as part of their fall reset.

@moro yes they did! The usual aisle they put the dc figures in was switched, i almost didn’t find em. How’d you know?

@vroom that statement was meant for you sorry lol