Hot on the heels of the brand new Toy Biz/Kenner wave is the seemingly final series from Mattel’s DC Multiverse collection, the Killer Croc wave!

This assortment includes the following characters:

Each figure comes with a piece of Killer Croc. Collect all six figures, and you can Connect those pieces to form a huge Killer Croc figure!

This wave is also notable in that it features Mattel’s very first 6" scale KGBeast figure, as well as the first 6" scale figure of the Jason Todd Red Hood in his leather jacket look.

The photo in this post comes from eBay to give interested folks a look at the final, packaged product.

According to our own @LEXC0RP, as well as YouTube reviews, this wave is showing up at Walmart, presumably at full price, but if they’re in at the clearance price of $3.00 that’d be a spankin’ deal. 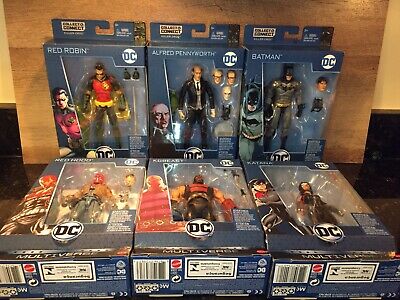 That KGBeast is amazing!

He sure looks good from photos.

This whole wave is a standout. From the amazing Alfred, to 6" debuts for well…everyone.

This wave sees the first 6" comic based Katana and Alfred figures as well as what might be the first Dick Grayson Batman (I don’t recall offhand if DC Direct/Collectibles made one) in addition to Red Robin’s most recent look and the already mentioned 6" debuts of KGBeast and the leather jacket look for Red Hood.

If this is the last wave of Multiverse, it’s a great one to go out on.

I preordered KGBeast and Alfred on Amazon (via Preternia on Twitter)!

I went to walmart today and they have the racks cleared for em already, i can tell they’re coming!

They’re most likely going to be priced at 19.99 in store.

Also don’t sleep on gamestop, they’re getting a bunch of dc fall goodies in. I just picked these up today. Cyborg supes and WW were 24.99 each, but i got a steal on manta for 4.97!!! 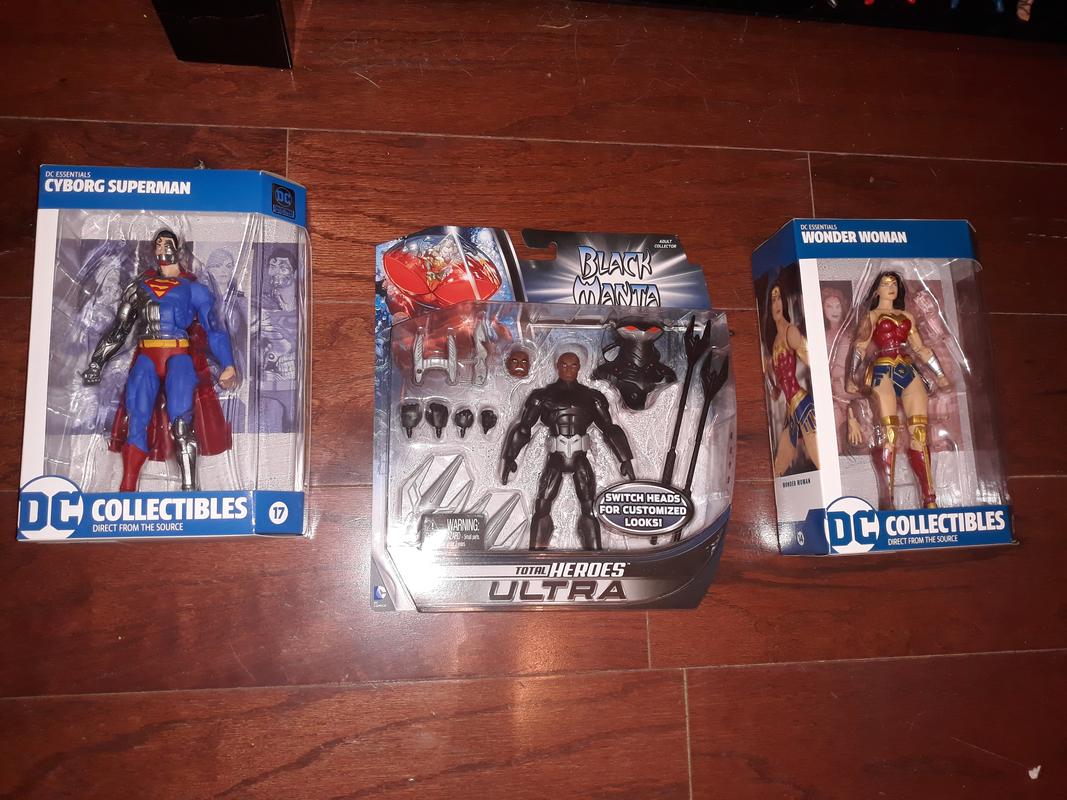 Like that Batman, but can’t get over the fact that it’s Grayson. What storyline was that from?

@moro It’s Dick when he took over as Batman after Bruce “died”.

He also wore the suit after Bruce came back, until The New 52 began.

It’s interesting how Gamestop has received some of the Matty Collector exclusive merch. I saw the DC Universe Signature Collection Ice their a few weeks ago and snagged Aquaman from the same line late last year at Gamestop as well.

I’d love to come across Silk Spectre, Ozymandias and Nite-Owl from the Watchmen line at Gamestop. Especially at closeout prices.

@vroom yea you just have to keep going, cause they pull stuff from other stores that don’t sell and try to sell it somewhere else. I really want this croc wave coming out lol

Anyone seen any yet? I went to my walmart this morning and they have the shelves set with 19.99 dc open slots, but haven’t put them up yet. Im dying here.

Nope, not yet. I’ll probably pop by a couple stores tonight if time allows.

With Walmart’s fall resets, is Multiverse once more being carried at all of their stores, or is this wave only at the select stores that were already carrying the line? I’ve not seen anything on assorted boards or in YouTube videos addressing this aspect of store availability.

Sure would be nice if the line went back to being available at all of their stores, like it used to be.

Best of luck in your hunt =)

Holler out what cities and where you found them, please and thank you

My walmarts still don’t have these. The shelves are just sitting there ready to be stocked. My god.

One store did have a peg of Batman themed pop-up tents next to their empty Multiverse pegs. Not a toy, but hey, Walmart is “America’s Best Toy Shop”, so…

My walmarts have those too, but they also have a bunch of old batman missions and they have that joker, batman mission pack. But there’s little hanger racks they say “6 inch figures dc” and they’re 19.99, just empty.