Ok with Whats going on in Catwoman right now I have been going a bit crazy trying to figure out Howards why…and I have been noticing some interesting stuff and noting it on Twitter but I thought I would bring them up here too. this is going to have everything i have noticed in Batman 125 and Catwoman 45, and some stuff from Catwoman 48 which I will blur out.
First, off the stuff just in Batman 125 Selina’s cellphone there is an exclamation point right by the speaker phone icon: 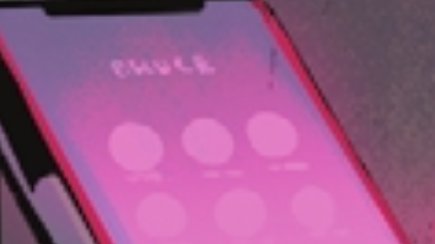 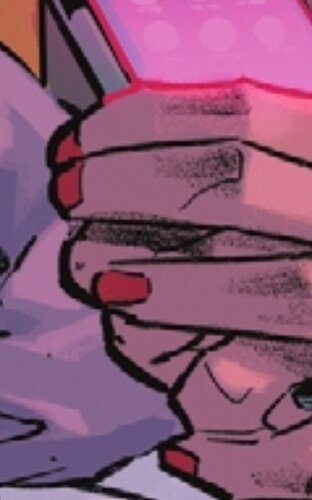 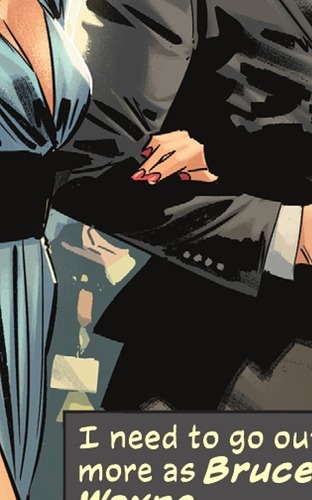 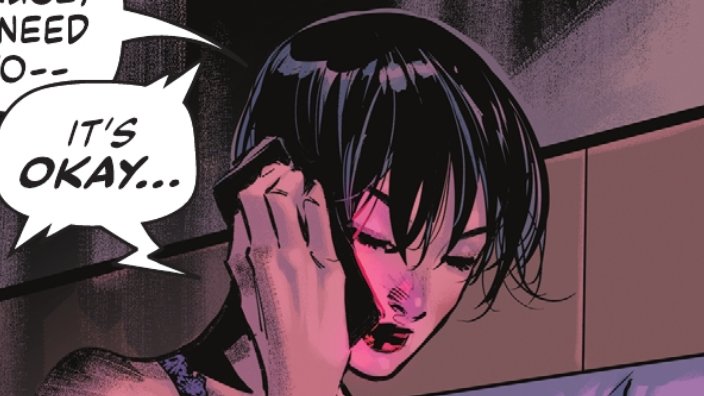 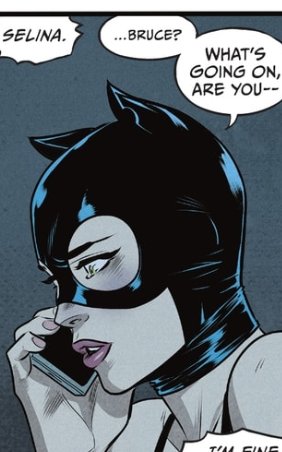 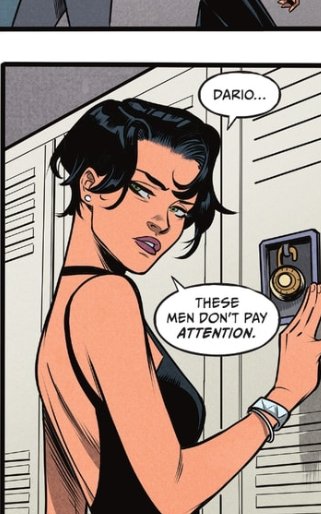 Catwoman 125 Selina has a smartwatch on her wrist:
(upload://edf2xNiMaOaR5mjQ21Pp04C6ZdK.jpeg)

that magically appears in 45 after she got fixed up then disappears agian: 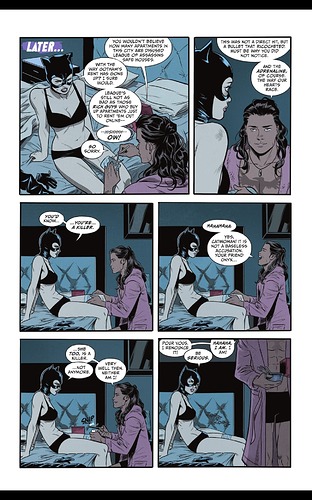 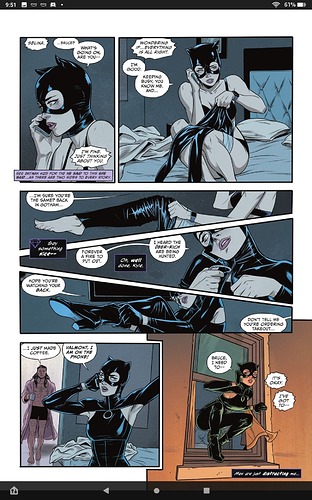 Catwoman 45 magic nail polish that appears from no were and the smartwatch braclets: 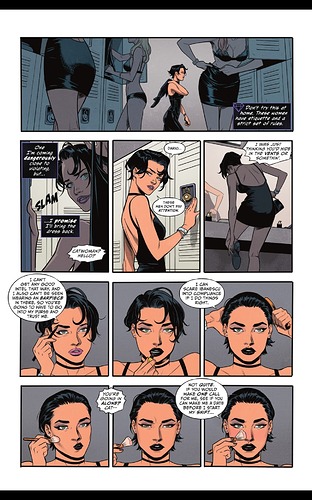 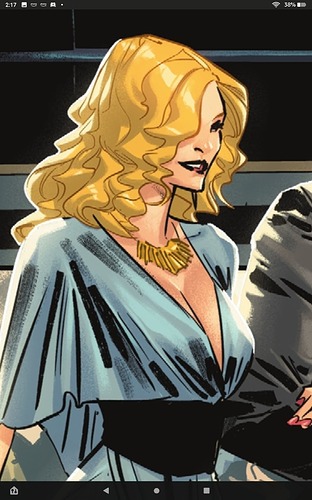 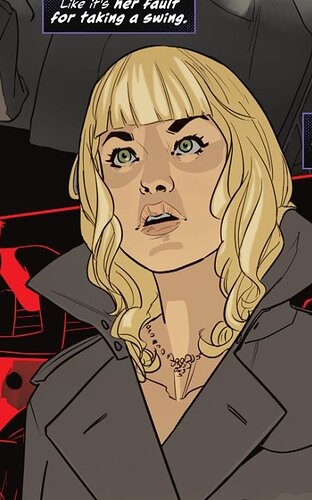 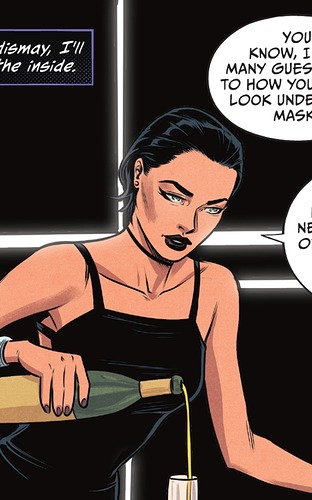 Valmont’s tattoo missing in batman 125, and then him getting more in 48: 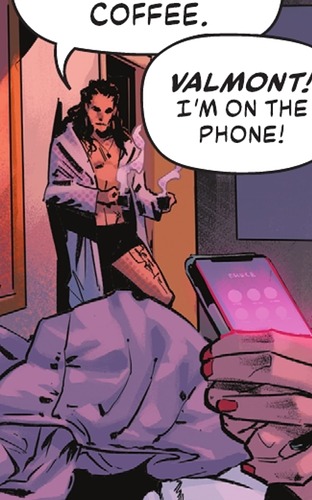 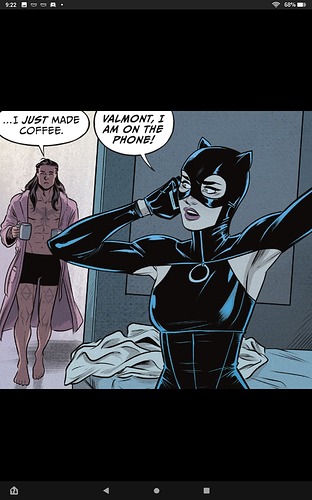 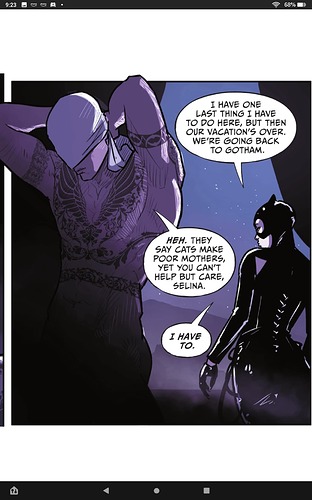 then interestingly enough at the end of Catwoman 40…valmonts shadow.
Editors note’s in batgirls 8 and Catwoman 45, and backup for batman 125: 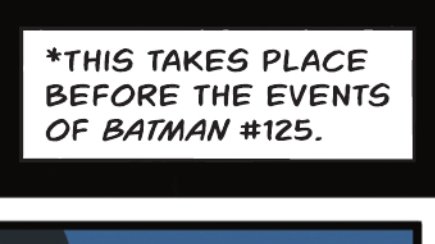 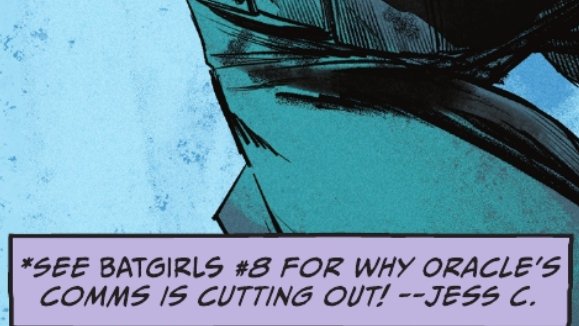 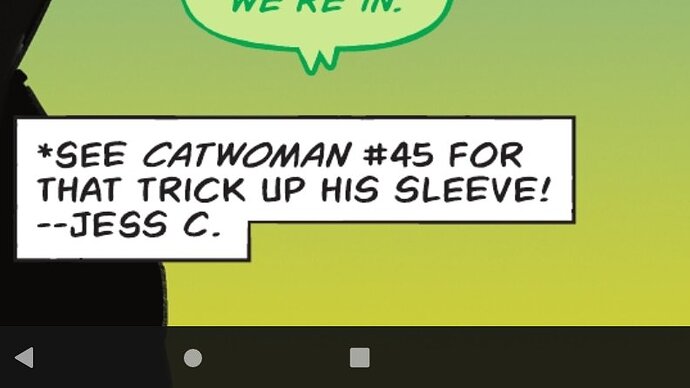 3792×446 32.4 KB
mean the meeting with the batgirls happened first, the timelines does not make sense, especially since the only thing that was now in 125 is failsafe Activating.
punchline Gotham game 1’s comment made by Oracle the batfamily have holographic disguise technology: 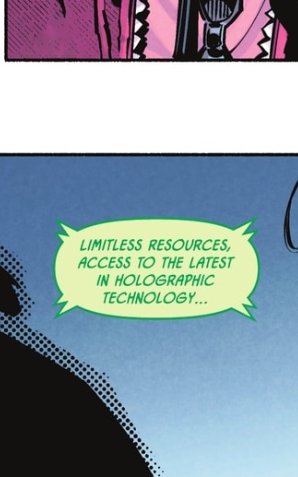 then there is this page from Batman 126 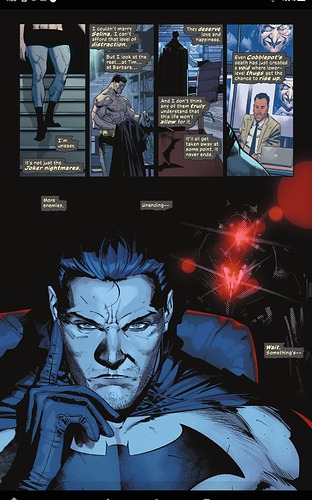 Notice bruce is actually putting a batsuit top on despite the fact that he had just met with Tim the page before. Why would he be putting on his top if he had already been in his suit?

also, whats Valmont looking at in Catwoman 42 an issue Haward has stated in her newsletter as being an important issue: 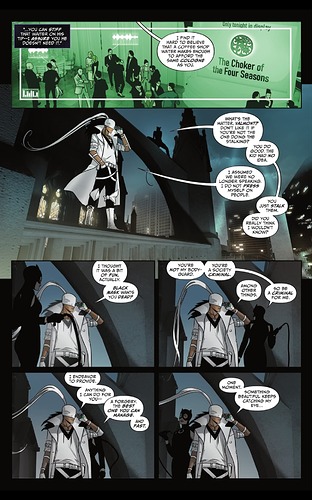 What does all this craziness mean…well, I don’t know for sure, but hopefully minimum, we are likely not getting the whole story here. My biggest hope is it may mean Valmont is not actually a real person in DC and he is a creation that has been played by various members of the batfamily, and the identity was assumed by Bruce after he returned to Gotham.
Also, the time Selina was away in Gotham in the backups of Batman 125-127 would cancel out the time bruce was in a coma healing in Atlantis, as the timeline for Failsafe’s first attack on Bruce happens too fast between the issues.

What do you think of all this inconsistency craziness I found (I know there are some more differences, but I am trying to keep this crazy conspiracy-like stuff somewhat tasteful. for an initial post) 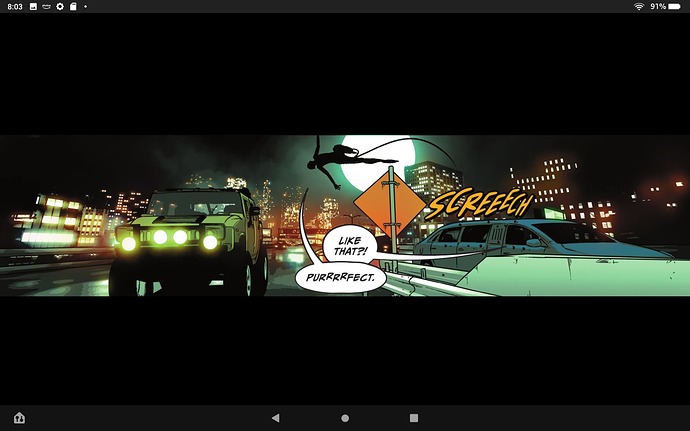 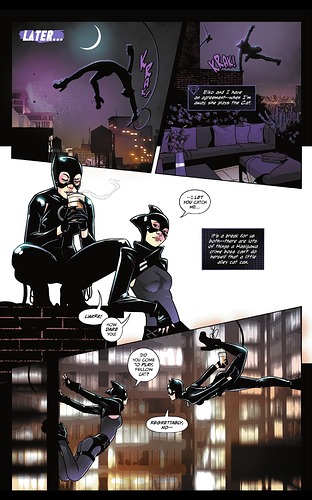 and a full moon in gotham game 2…also by tini. 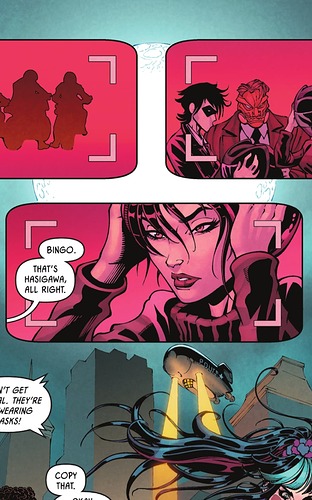 I think i will do a post of all the art errors i found in catwoman since issue 43 of tini’s run sometime. as Selina has been awake for at least 5 days