Marvel's New 'Heroes Reborn' Series Is All About The DC Universe

Imagine my shock as I read the previews for the new Heroes Reborn by Jason Aaron over Marvel today! iI is totally reflecting the DC Universe; for example, they have Hyperion just like Superman with a similar group of villains. Instead of The Phantom Zone, he sends them to the negative zone which is kind of hilariou. I think it will be a fun read truly a nice homage to DC and it’s universe!

Hi! I think this is a great discussion and can stay right here. The main point is that Marvel is paying tribute to DC and our Universe. It really does look like an interesting read as well, I’ll definitely have to look into this more.

Squardron Supreme has always been a homage to the Justice League. Read the 1985 mini series that Marvel did. Its low key one of the best Justice League storys.

When is the release date on this and what’s the exact title? Please and thanks.

Payback for The New Age of DC Heroes?

It starts in May, with a six issue mini-series written by Jason Aaron and drawn by Ed McGuinness. Basically, the Phoenix Force in retaliation against the Avengers reboots the world to say “No More Avengers,” and the Avengers have suddenly never existed, with the world’s defenders being the Squadron Supreme of America instead. The only character who remembers the world before is Blade, and he has to reassemble the Avengers to save the day.

It sounds like it’s going to be a six-issue mini with some one-shots that further expands on the world, like Hyperion & The Imperial Guard, Peter Parker: The Amazing Shutterbug, Magneto & The Mutant Force, Young Squadron, and Siege Society. 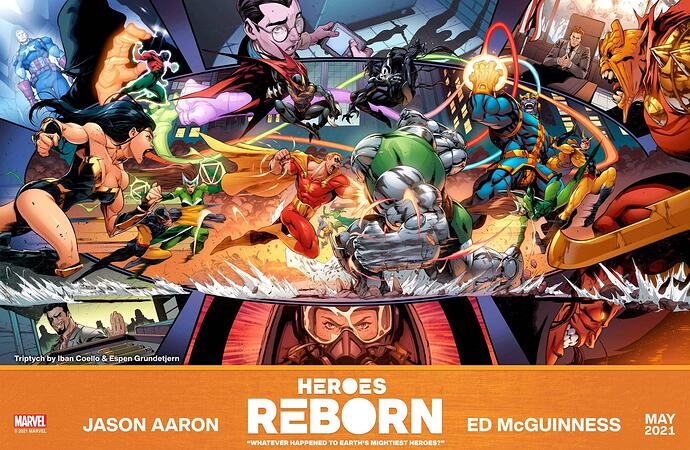 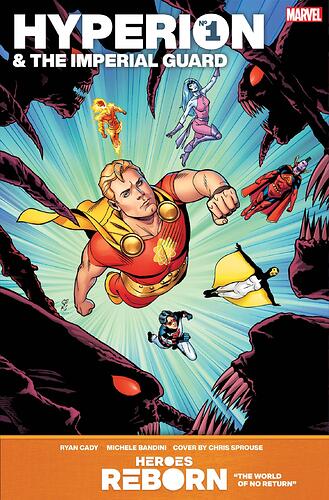 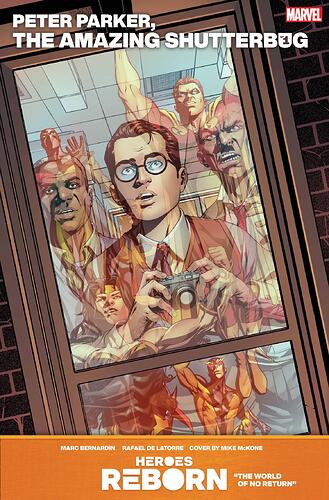 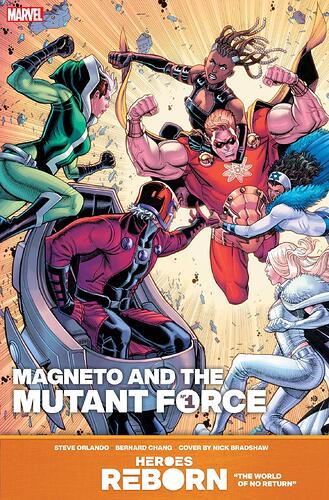 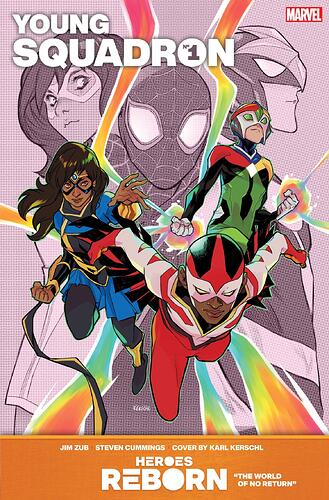 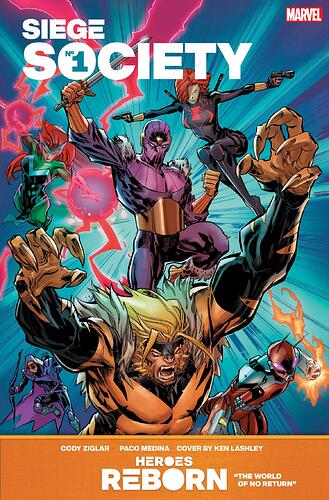 Ooh, didn’t realize there were more details out yet. I haven’t checked in a little bit. I’m excited for this.
Also, for those who don’t know, it seems to be, at least somewhat, inspired by the 90’s Marvel story of the same name.
And yeah, the squadron Supreme have always been a DC homage, even since they were the Squadron Sinister, and they are great.

Thanks everyone for the added details! This looks pretty crazy.

This looks exciting! I like Jason Aaron a lot, and the Squadron always seems fun from what I’ve seen of them.

I loved the original Heroes Reborn. Yeah, Liefeld’s art on Captain America was hit and miss, but Jim Lee on Fantastic Four (for a while, at least) was great.

I won’t be reading this new HR, but it might make me re-read the original series.

Yeah, I’ve only read a little of the Heroes Reborn books, but from what I read, Jim Lee’s FF was easily the best of the lot. But then I’ve already enjoyed some of his 90s Image/Wildstorm books like WildC.A.T.S and Gen13.

But then I’ve already enjoyed some of his 90s Image/Wildstorm books like WildC.A.T.S and Gen13.

Don’t forget his absolute BEST book of the '90s:

Still need to read that, I got that on sale digitally a while back.

By the way, didn’t you have a Wildstorm club started up?

By the way, didn’t you have a Wildstorm club started up?

Yep, but it fell to the way side. Maybe one day it will rise.

Now there is enough to make your head spin! The original mid-90s Marvel Heroes Reborn was run by what would later become Wildstorm that is part of DC now.

Meanwhile this Heroes Reborn 2021 has no connection to the Heroes Reborn world that Jim Lee and others helped create in mid-90s for Marvel. 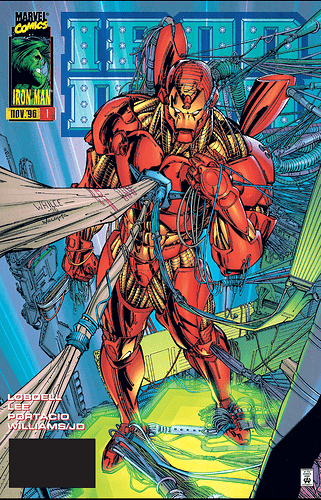 Well, Hyperion has always been a superman clone so makes sense. although the negative zone is not the best place to send super-powered Rouges (prefer this over Villain cause i can spell it right) as it tends to anger the leader of the Negative Zone.