In a recent podcast appearance, Mark Waid reveals that he will be returning to DC for a new project next year.

I know he’s written a few short stories here and there, but it will be nice to see him on his own book (fingers crossed for Superman…

Dude’s made Some great daredevil books, looking forward to whatever he puts out!

His run on The Flash is easily one of my favorite comic runs of all time. I know they were more towards the end of his tenure on the title, but I really enjoyed Chain Lightning and the whole Dark Flash saga.

I would love it if Mark Waid wrote a Stargirl solo series. Mark Waid has an amazing ability to write series about legacy characters, shown when he wrote The Flash. Also at the moment Stargirl is the most underutilized DC character. She has really cool premise, interesting family dynamic, and a popular tv show, but even with all that she’s no where to be seen in the DCU. In my opinion Mark Waid could make another epic like his Flash run, but with Stargirl instead.

I’m up for anything Waid writes. It’ll be very interesting to see what he comes up with. 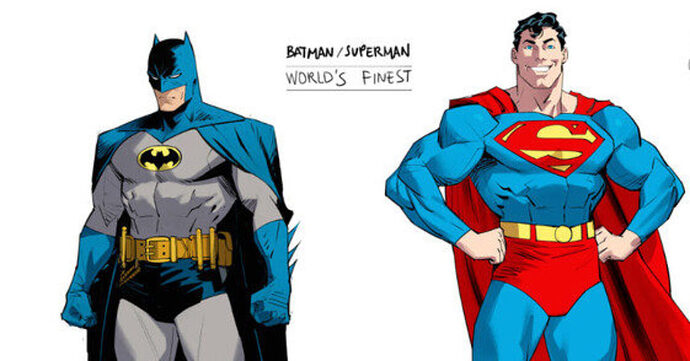 The solicit for Detective Comics #1050 teases a "brand new day" for Batman and Superman, "World's Finest," by Mark Waid and Dan Mora.

This is just the beginning for Waid and Mora—and for Superman and Batman!

I really hope this means what I think it means.

I’m gonna be honest, Waid has been rather hit and miss for me over the past few years. I’ll give it a try though – even if it sucks, Dan Mora’s art might make up for it.

This is what I’m hoping is announced during Fandome more than anything.

I really hope this means what I think it means.