Let’s settle this. Who was the better Joker, Ledger or Hamill, and why? I prefer Heath Ledger. 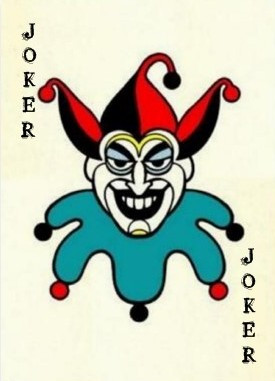 Hamill is the voice I hear in my head when I read comics. That makes him the winner for me.

Side note: I don’t think people give John DiMaggio enough credit for his performance as the Joker in Under the Red Hood. Mark formed his Joker over lots of time with the character but I thought John gave a strong and unique performance in only one go around.

Total Mark, mark here! But then I really was renewed in my fandom of him in 1990 when he played the Trickster in the 1990’s FLASH TV series .

Heath and the reason is “Come on”

They both put a smile to my face

Ledger wouldn’t fit the animated universe (except for maybe the Arkham games) and Hamil would be too over the top for the more grounded in realism take of the live action films.

Taking into consideration not only living up to the character but also blending into the style of the storytelling, it would be unfair to ignore Nicholson for his version of the Joker.

If I had to pick solely on comic accuracy I have to pick Hamil. But we’ve been treated with lots of great versions of the Joker. Even one of the less celebrated voice actors to take on the role, Dimaggio in Under The Red Hood did respectable justice to the character.

I wish we could say the same for The Bat himself.

I’m sorry. But no. There’s not competition here. There can’t be.

But I prefer ledger as the joker

Mark Hamill because he has done the job for a 25 years. He is so iconic.

When I read Joker I hear Hamils voice.

Mark Hamill his version has always been what comes into my head when i think about Joker.

When I think of joker I hear hamills voice. When I think jokers personality I think of hamills joker. So I gotta go with Mark hamills. But ledger is an amazing joker and a live action one at that which makes him just as good

I know it’s a very unpopular opinion, but I never like Ledger’s Joker; I guess I just didn’t like the Nolan films in general. I’ve always been more of a Burton, and by association, Nickolson fan.

There nobody close to Ledgers Joker in live action, Same goes for Hamill as voiceover.