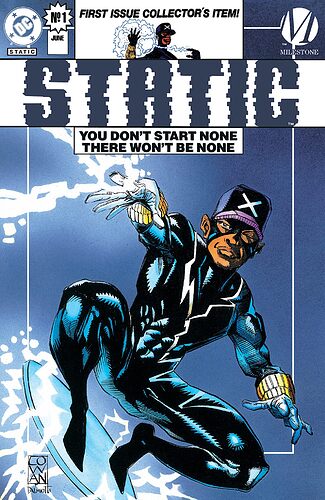 As we go through Black History Month, we’d be remiss in not celebrating the various creators behind the pen who brought their vision to the page. Icons like Batman, Green Lantern and Plastic Man may have been created by white writers in the 1930s and ’40s, but the breadth of imagination in maintaining those heroes was augmented in no small part by creators of color, without whose influence the DC Universe would be a far less interesting world to visit. While there are many, many heroes of comics this list could cover—from Trevor Von Eeden’s pioneering work on Black Lightning to Damian Scott’s unforgettable run on Batgirl —today, in our News section, we zero in on five particular Black creators and their contributions to DC’s long history.

Check out the full story in the DC Comics News section.

This is just a small drop in the bucket when it comes to talented Black artists who have contributed to DC’s legacy of comics over the years. Who’s your favorite Black artist that’s not on this list?

Great list- I’m a little embarrassed to find out that even though I’ve enjoyed the work of Kyle Baker and Brian Stelfreeze for many years, I was unaware that either was African American.

This is just a small drop in the bucket when it comes to talented Black artists who have contributed to DC’s legacy of comics over the years. Who’s your favorite Black artist that’s not on this list?

First, my favorite Black artist on this list is Denys Cowan.

A highly expressionistic artist, Cowan’s work at DC began with Weird War Tales, but his breakout series came with Denny O’Neil’s revival of The Question in 1987. Inspired by O’Neil’s interest in Zen philosophy and gritty action, Cowan helped recreate the character of Vic Sage from a two-fisted sleuth into an ethically introspective martial arts master. He also helped revive the character Lady Shiva from obscurity, making her into the deadliest woman in the DC Universe.

Obviously for his and Denny O’Neil’s THE QUESTION. Denys Cowan reflects on his time defining The Question for a new generation, revisiting the character and collaborating with Denny O'Neil.

The 80s were oh, so awesome. And Denys Cowan had a great sense of style, I thought.

I graduated high school in '88, so '87 was part of my senior year, and it actually felt cool reading THE QUESTION. (Ha!)

Like many people, I often tie comics and music together, and I look back at Billboard and their top 100 songs of 1987…

And I don’t know why, but when I think of Denny O’Neil and Denys Cowan’s THE QUESTION, U2 and “I Still Haven’t Found What I’m Looking For” always comes to mind. 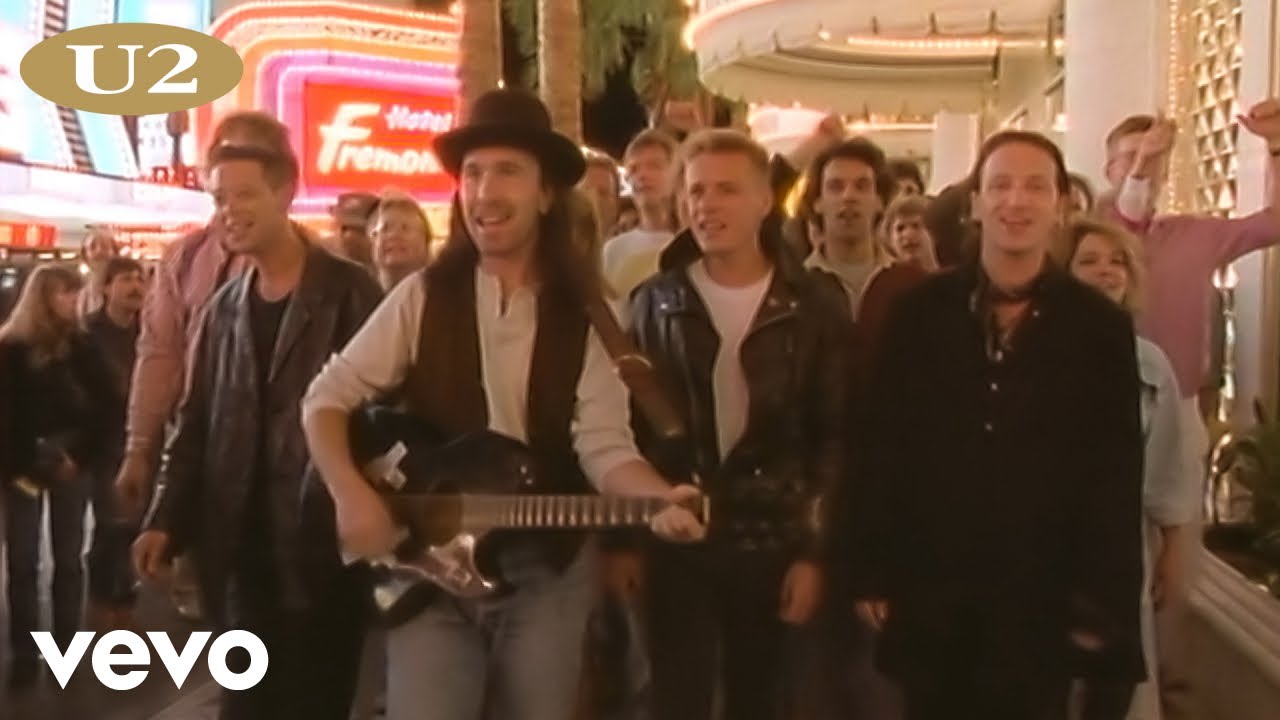 And Bruce Hornsby & The Range’s “The Way It Is.” And for some reason, Suzanne Vega’s “Luka.” 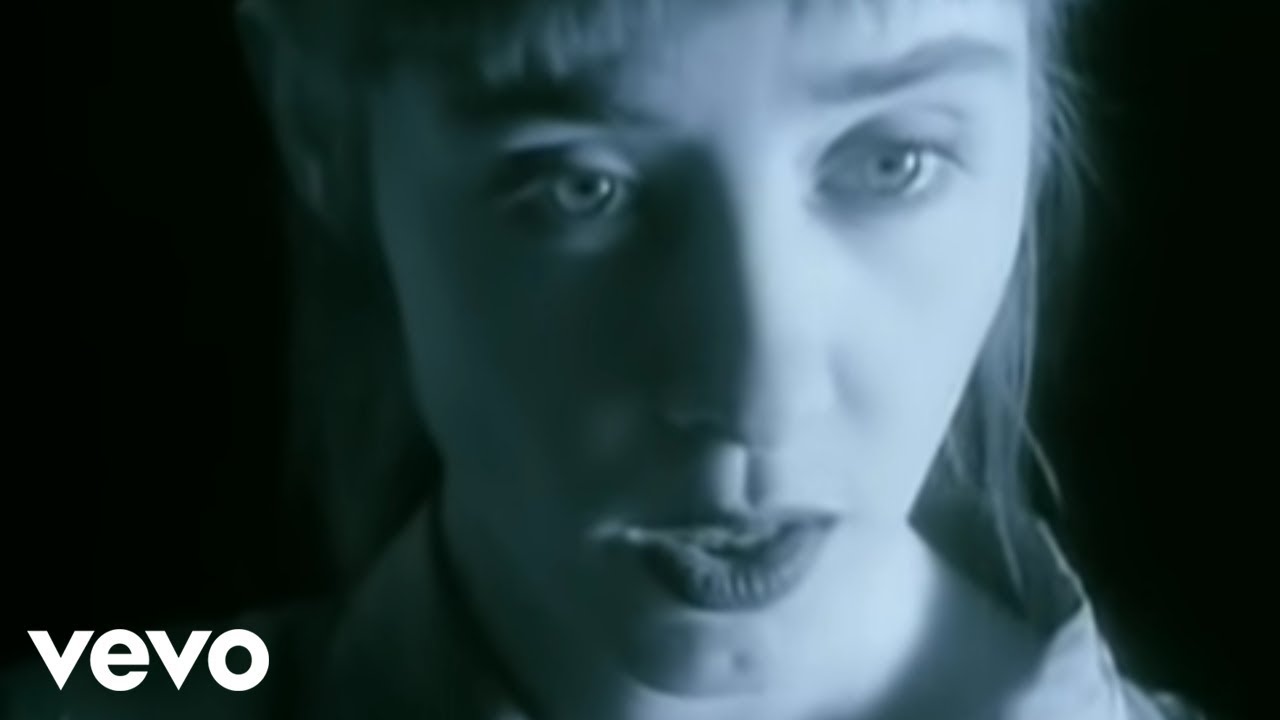 And many other songs too, but I’ll stop there. (Ha!) The guitar solo at the end… did I mention how cool the 80s were?

Christopher Priest and Denys Cowan’s STEEL run (#34 to #52) was a favorite. 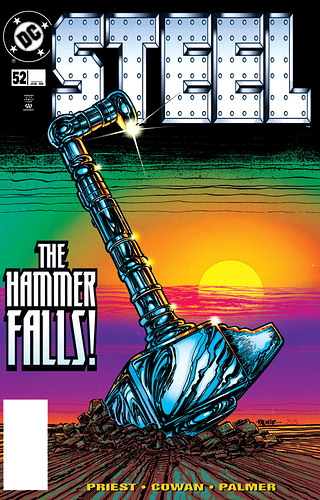 Geez, I loved writing this book. I’m starting to think, of all the books and all the characters and all the years and all the miles under my belt, I’ll miss these wacky bunch the most. For all the wonderful notices we’ve gotten for BLACK PANTHER, I actually think STEEL was better, funnier, and more wryly cynical. And nobody noticed. I mean nobody read this book, not even the bosses at DC, which is, I suppose, how we got away with this, our mean-spirited de-construction of the Superman mythos. This is one of those bargain deals you’ve been waiting for. If you can find STEEL #34-45 or so, they’ll probably be in a quarter bin or, worse, the store will pay you to take them off their hands. It’ll be well worth the buck and a half, tops, you’ll have to pay for the entire run. We had a blast working on this book. It is one of the few projects I’d go back to in a heartbeat, if only DC had a way to sell the character and a premise that frankly sailed over the heads of most everybody at DC.

This was something of a Life Of Brian -style turn on the Superman mythos, about John Irons, an Avery Brooks-ish stoic everyman, relocating to Jersey City and finding himself the only sane man in town. In stark contrast to the supportive, inviting, friendly Metropolis the Man Of Steel operates in, Irons is trapped in a world he never made, surrounded by nuts of every imaginable stripe in a town that is at once ambivalent and hostile towards his heroic efforts.

The series took place in a dysfunctional Metropolis (Jersey City), with a dysfunctional Lois Lane— Amanda Quick, who discovers the Spike Lee-esque doctor who’s been pursuing her romantically is actually Skorpio, an evilbadguy in the employ of Dr. Villain, and hesitates at first to tell Steel. This evolves into a truly sick love triangle between the three, and Amanda soon finds herself trapped, unable to tell Steel for fear of losing him. Quick goes to prison in the series finale.

There was also a dysfunctional Jimmy Olsen: Steel’s niece, Natasha and her bohemian guy-pal Boris (who wins Natasha’s affection by guilessly bringing her a watermelon while she is grounded at home). Boris and Natasha’s hijinks were both the highlight (for the readers) and the nightmare (for the writer) of every issue.

Some recent favorites from Denys Cowan:

From the JACK KIRBY 100, THE BLACK RACER AND SHILO NORMAN SPECIAL. 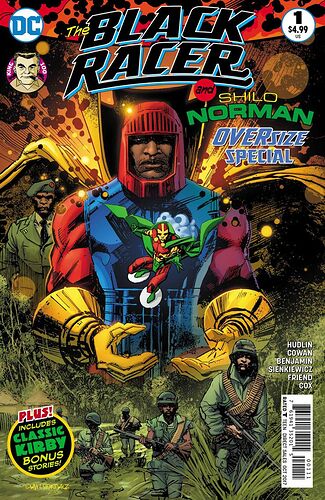 And of course, THE QUESTION: THE DEATHS OF VIC SAGE. The Question Lives, Dies and Lives Again with Lemire and Cowan

In The Question: The Deaths of Vic Sage, the faceless vigilante returns to live, die and li 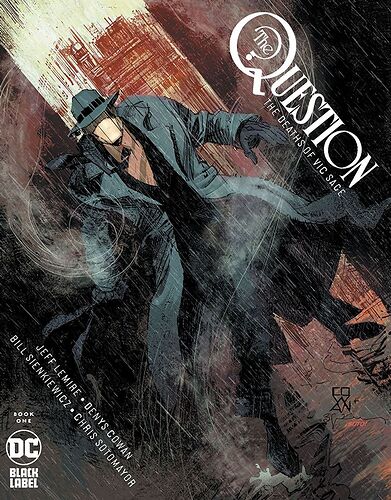 Denys Cowan & Bill Sienkiewicz on The Question: The Deaths of Vic Sage

The acclaimed art team of Denys Cowan and Bill Sienkiewicz share details on their latest DC Black Label collaboration and reflect on their beginnings.

The opening issue of DC Black Label's The Question: The Deaths of Vic Sage is a thrilling, hardboiled adventure for the superhero.

A favorite, and my favorite comic book creator period, and a writer, John Ridley. 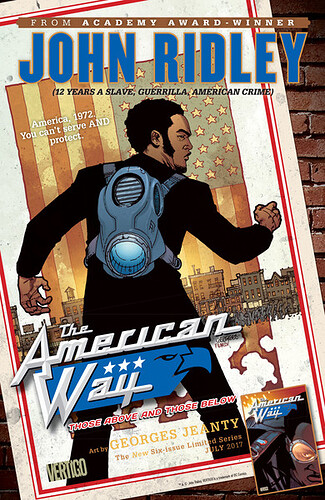 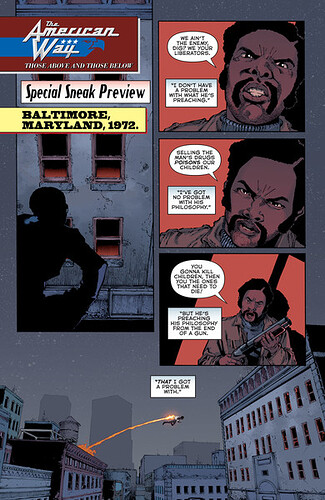 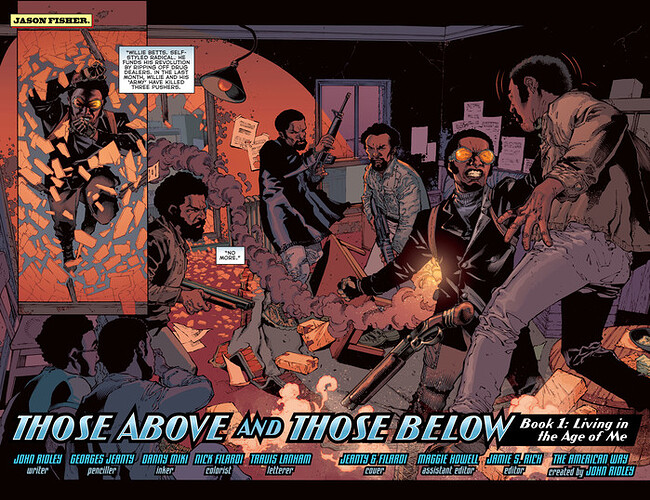 And THE OTHER HISTORY OF THE DC UNIVERSE, just two issues in, is already my favorite comic book series ever. 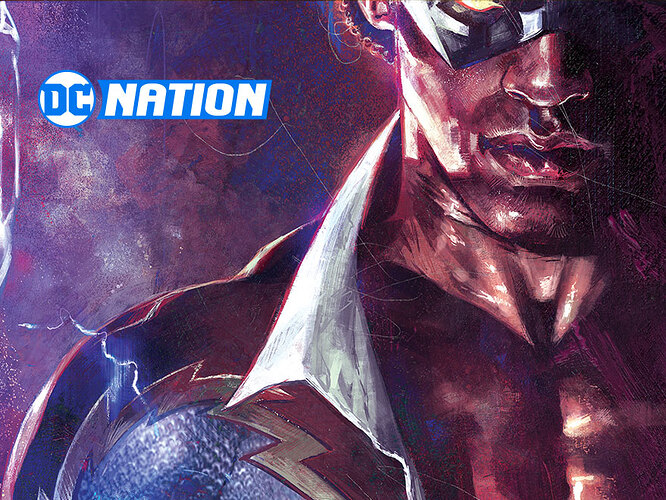 John Ridley Reveals The Other History of the DC Universe

Black Lightning, Thunder, Mal and Karen Duncan, Renee Montoya and Katana aren’t the biggest names on the DC roster…which is exactly what makes them ideal leads for

My all time favorite Black artist is Matt Baker. He never worked for DC, but he did have an impact on DC insofar as he largely shaped the look of Phantom Lady when she was being published by Fox. He was an amazing artist and a true pioneer.

Absolute genius. Ty DCU for getting Milestone & Steel etc on this platform. 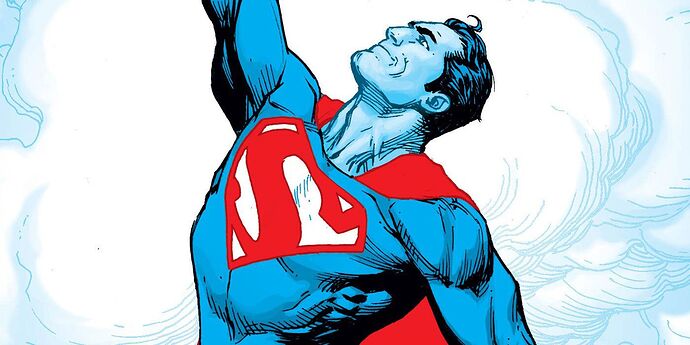 John Ridley Explores the Human Side of the Man of Steel in Superman: Red and...

After successfully taking on the reins of The Next Batman, award-winning writer John Ridley discusses his take on the equally iconic Superman. 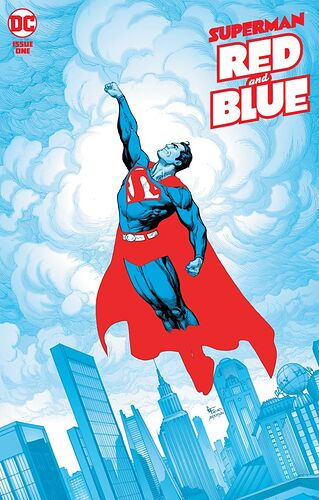 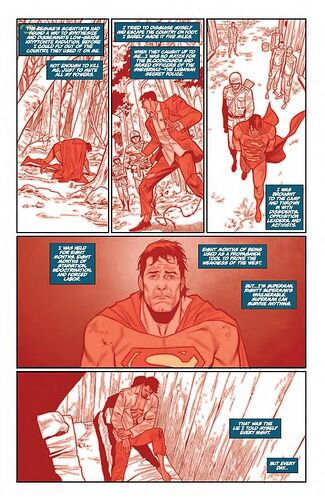 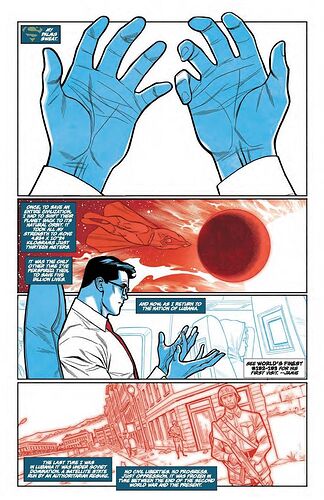 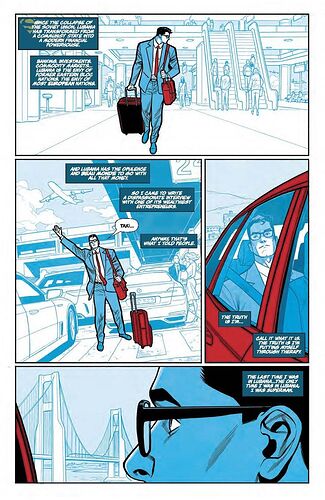 I of course already feel that THE OTHER HISTORY OF THE DC UNIVERSE is the greatest thing ever.