Making the Dark Knight Even Darker in Batman: The Long Halloween 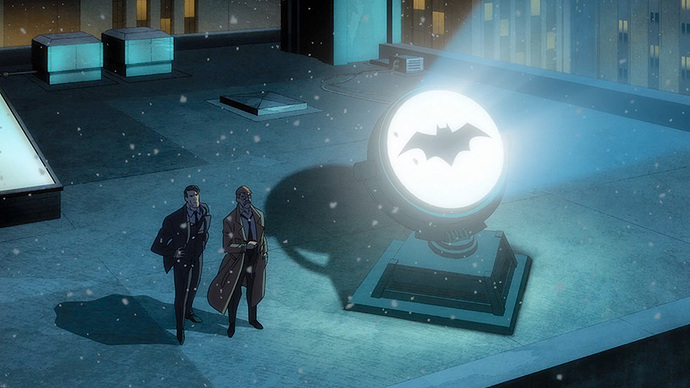 Batman: The Long Halloween is a pivotal story for the Dark Knight. The 13-issue series from Jeph Loeb and Tim Sale, a must-have on every Bat-fan’s bookshelf, is typically summed up as Two-Face’s origin story. But it’s so much more. It’s a glimpse into Batman’s early years as he learns the ropes. It’s the suspenseful mystery of a merciless murderer nicknamed the Holiday Killer. It’s the saga of Gotham City’s descent into a strange, even darker place. And it’s the terrible tragedy of Harvey and Gilda Dent.

The classic book has now been adapted in two stunning feature-length animated films. Part One hit stores earlier this summer, prompting much discussion of its nuanced take on a young Bruce Wayne and plenty of fans to declare it as one of DC’s best animated movies. With Part Two releasing digitally today, the creators and cast sat down with DCComics.com to talk about getting into character, embracing the darkness and the heart of The Long Halloween.

To read the interview with Tim Sheridan, Butch Lukic and a few members of the cast, head over to DC Comics!

Have you checked out Part Two of The Long Halloween yet? Do you plan to? Let us know in the comments!

I’m deeply saddened to report that Jensen Ackles as Batman was nearly in line with Ben Affleck’s soulless performance in the Snyder-verse. I never thought I’d see the day.

None of the changes represent the overall tone or feel of the original book - most especially the depiction of Gilda Dent and the excess moments that took away from the focal point of the story. I would NEVER “declare it as one of DC’s best animated movies” (that - is a premature and exceptionally bold claim) but will ALWAYS recommend The Long Halloween as a DC Classic.

I didn’t care for Part 1 but I actively dislike Part 2. It’s so boring and drawn out. Everyone reads their dialogue like they’re about to fall asleep. I assume they thought they were “acting” but there’s no depth to it and when everyone is doing it there’s not a single scene with energy. I like the art in theory but it plays like drawings with a camera moving across and minimal animation. The extra story points are just padding and are not good writing on top of that.
If I was to sum up these movies it would be to say, The Long Halloween is my favorite Batman story of all time and these movies made me like it less.
Also, the F bomb was completely unnecessary.