This would be so cool too!!! 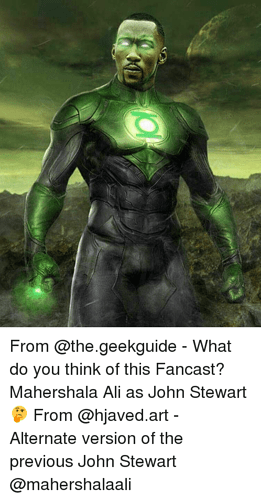 This would be a good fit. I liked him in True Detective

Mahershala Ali can pretty much play anyone as far as I’m concerned. Between Luke Cage and Into the Spider-Verse, he’s obviously got skills in comic book stuff, and I’d love to see him as a hero.

Once again i approve

While he is a darn good fit, I would rather see a virtually unknown who is athletic with good acting range. John is smart and physical character, that has to be portrayed right.

How about Michael B Jordan?

@Redhood: He would be a good John Stewart too!

I’m a fan of his so , this is a good pick for John , he was the best part of the movie Moonlight

Definitely made me a fan after watching the Green Book! Such a great movie!