Wife and I purchased a sailboat (45’ catamaran). It’s being shipped from France as we speak and will be in charter in Grenada. She’s named Batamaran. I discovered a British toy from 1966 that is called (or at least contains the word) Batamaran. It sold at auction a few years ago. I’m not a collector at all, but would very much be interested in acquiring one of these. Any ideas from those more knowledgeable than us on the best places to start looking. Google is pretty much useless at this point?

Not sure if this is what you are looking for but looks like one was sold on Hake’s auctions a few days ago. Here is a link;

I’ve never dealt with them personally, but have seen a couple vintage pieces on their site before. Maybe look for some keywords in that listing and see if you can find another one. Good luck. Hope you find it and congrats on the new boat 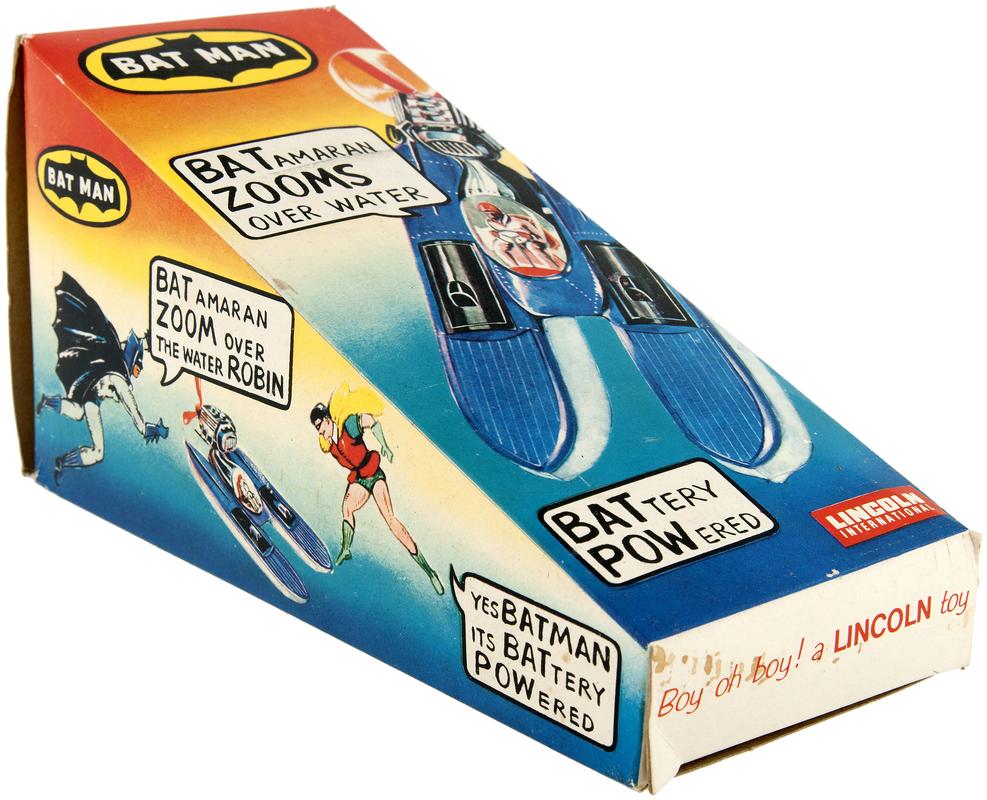