Nightwing and Joker wrap-up series 2, which also included Flashpoint Batman (found him at Target) and the Hal Jordan GL (got him for my birthday).

I’m very excited for series 3, as Lex in his New 52 power armor will be in it, along with…other characters I’ve temporarily forgotten (one of them is Flashpoint-related, I know that much), but will likely pick-up, as I’m enjoying this line.

My fourth Kenner Kyle, after:

I’ve mulled the 9-inch JLA Kyle from time to time, but right now, he isn’t a priority.

Glad to see that good ol’ Seeleywing is getting a looksee in the page punchers, though I wish they’d sell a copy of The Joker by James Tynion. That series was the BOMB dot com.

Coming soon (March, give or take) in the Multiverse line: 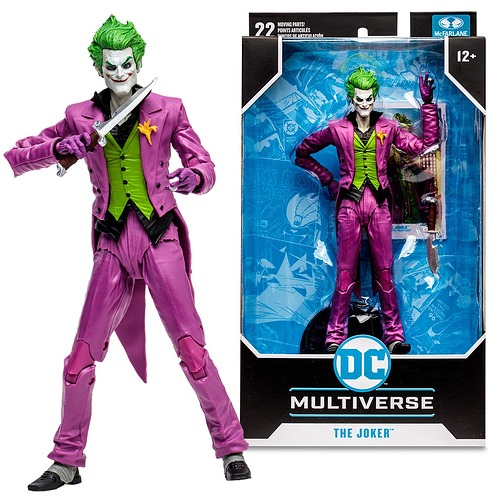 Would love to have a chat with Collector 2 today.

He is nice. IDK yet if I’ll grab him, as I still haven’t read the Infinite Frontier Joker series.

The thing that interests me most about that figure is that its a new, vanilla, modern Joker. I liked the Rebirth version from '20 fine (minus the excessive red paint around his eyes), but I’ve found myself in the mood for a new vanilla Joker, so I might pick the IF figure up for that reason alone.

Would love to have a chat with Collector 2 today.

So would I. He’s probably the one who said “Knock-Out Joker? Dude, that’ll warm the pegs. You can pass on him for now and instead, get the Swamp Thing series 2 figures.”

What makes it a vanilla figure?

A generic, overall design that isn’t indicative of any one specific story or look. A character’s go-to, regular look, basically.

Granted, the IF Joker has his right eyeball in his left hand, so he is story-specific (well, cover-specific at least, since again, I don’t know the story behind that) to a point.

However, a teeny rotation of the left hand hides said eyeball, and then voila, vanilla Joker.

The story behind Joker’s eye is from Joker War!

sits back and sighs

Can I just skip that and go right into the IF Joker series, instead?

You can, but you’re missing a lot of really great art by Jorge Jimenez, and some really awesome writing by JT4 in Batman #98
But you should also definitely read IF Joker. And not the new one. 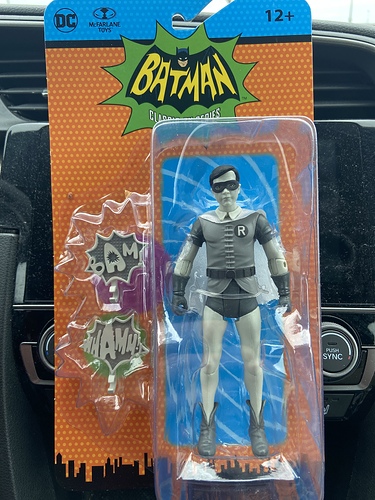 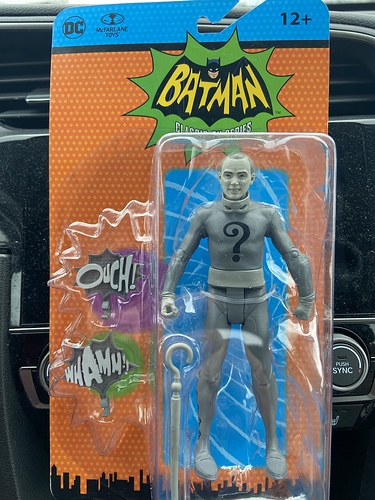 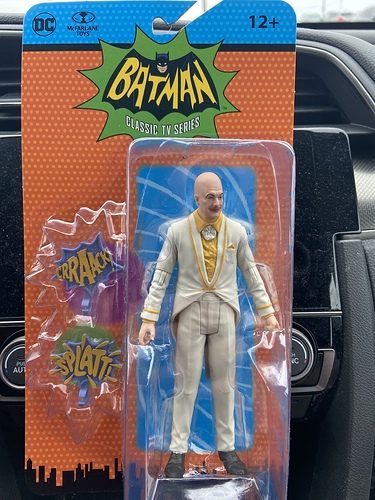 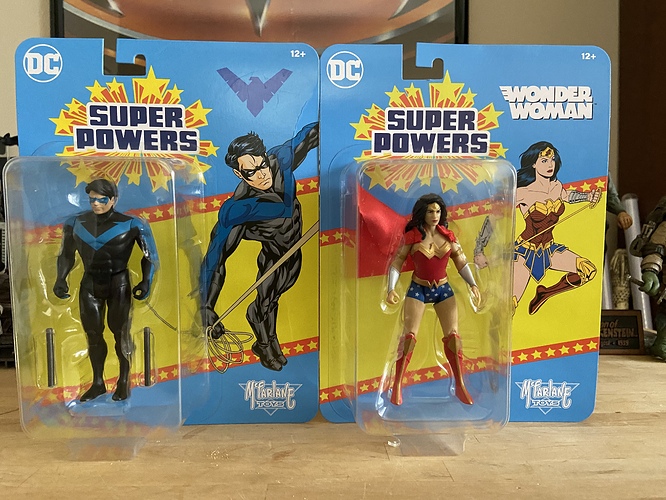 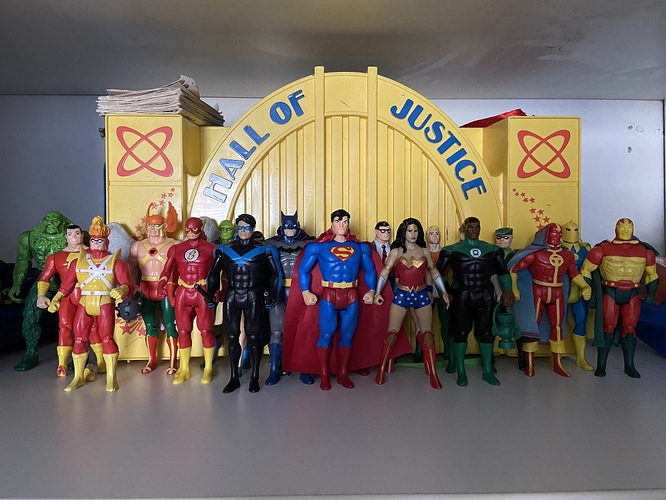 Posing in front of the Hall Of Justice with all her fellow heroes is pretty ceremonial, I would say

you should also definitely read IF Joker.

I read issues 1 and 2 last night and they were quite good. I’m aiming to have the book polished off by the time the IF Joker figure drops.

I read issues 1 and 2 last night and they were quite good. I’m aiming to have the book polished off by the time the IF Joker figure drops.

JT4 was firing on all cylinders for Joker! It really impresses me.

For The Joker being the absolute dead-last Infinite Frontier series I was interested in, I’m rather surprised at how much I enjoyed the first two issues. I hope it gets better and better with each successive issue.

I am no Joker fan, but JT4 sold me with the promise of heavy focus on Jim Gordon. And he takes real risks!

So, you’ll be getting the IF Joker figure when he drops then, yeah?

I will not! Joker is the worst!

Well, I certainly hope you don’t have resentment for those of us who do buy toys of Mistah Jay.

None at all! I just pretty much restrict myself to Stephs!

I just pretty much restrict myself to Stephs!

Having a focus is always good.