Just got these in the mail! I ordered them on eBay, they’re pretty tough to get ahold of otherwise 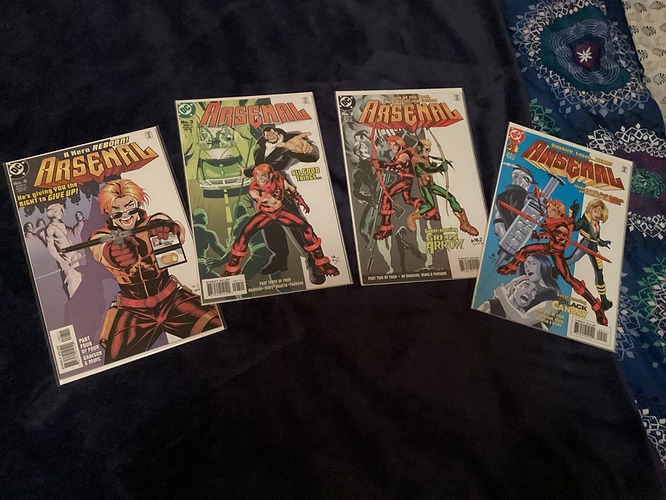 Filling out the library.

Just got these in the mail! I ordered them on eBay, they’re pretty tough to get ahold of otherwise

The pain is real.

Every time I am reading one of my oversized books and trying so hard not the break the binding, my wife laughs at me because I always swear I will not buy another one. I have so many books that are uncomfortable to read.

Nice looking shelves there. I love how Moon Knight is in the back wondering what is going on.

That Wonder Woman is pretty sweet too. Love that shield!

I would prefer collecting individual volumes over a giant omnibus but I didn’t feel like chasing down old NML versions and it’s hard to find them all with the same design.
I used to like to read in bed but with the weight of an omnibus I don’t want to end up a sad news story. “Missing man found crushed by comic books”

What a way to go, though! 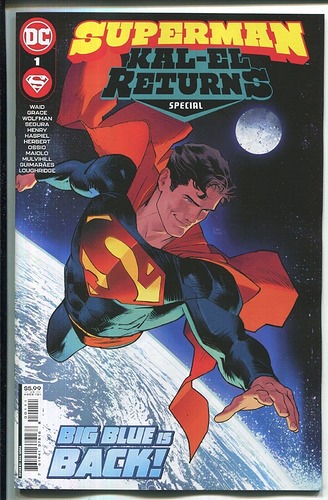 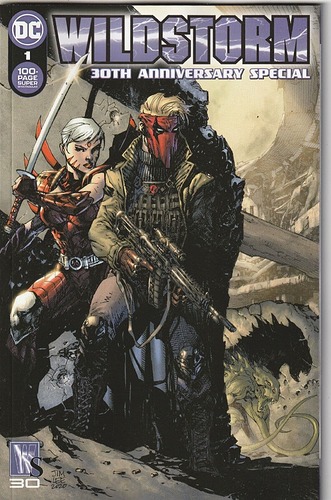 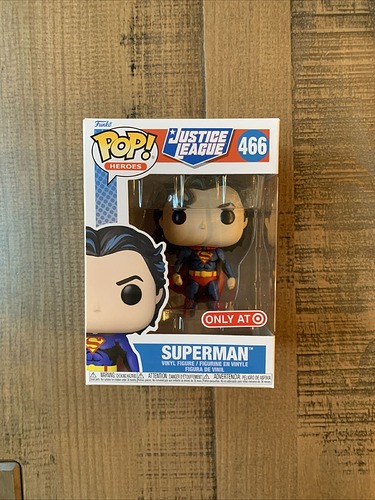 So much for my “In for Kyle, Clark and Diana” plan, because I’m in for the full set of Target Justice League Pops, now.

As an ardent Morrison JLA fan, I kind-of have to be, but also as an ardent Morrison JLA fan, I want to be all-in on them, too. Nobody’s ever really done his team as they appeared on the cover of JLA #1 before (Kenner and Hasbro came close in their JLA line, but Funko’s take is closer to the source material, especially with the cel shading they used).

eBay shows listings for all of them except for The Flash. I’m hoping to find Wonder Woman next, as she looks rad.

Yeah, I found that set when it first dropped last month, and for the full $25 (which is still a great price for a six-pack of figures from a line wherein figures sell for $6.97 a pop).

Thanks to another forum, I learned the above were ringing up at five bucks.

After I came across a set in the regular toy aisle, I checked the price, saw it was literally $5.00 (Walmart’s too good for $4.99 labeling, evidently) and yoinked it.

IDK what I’m going to do with this one. Maybe gift it to someone?

From the same Walmart I nabbed the JL set at… 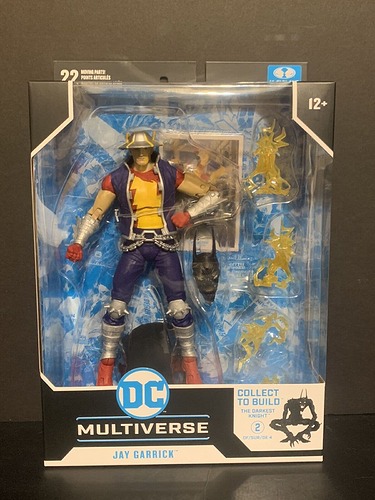 Jay’s the only Speed Metal figure I decided was a must right now, so I grabbed him. I didn’t see Wally or Wallace, and they did have Barry, but I passed on him for the time being.

Nifty figure overall, and the Darkest Knight’s head is nicely-done too, with the articulated jaw being a nice touch. 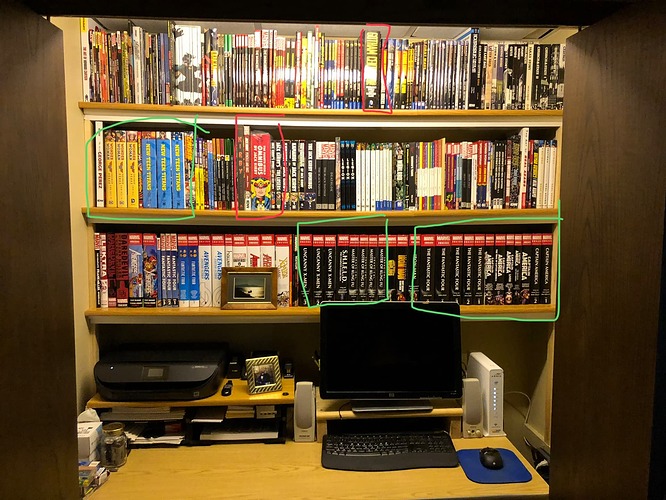 I don’t know why DC makes huge Omnibuses like Gotham Central and The Fourth World (with red outline) rather than the original four hardcover volumes the were originally released. I prefer the Teen Titans and Wonder Woman Omnibuses or the Marvel Omnibuses (with green outline) that are large but not too unwieldy. 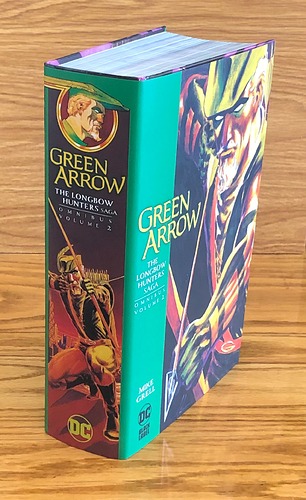 the Green Arrow Vol. 2 Omnibus should be two smaller volumes.

Agreed. That thing is a monster. You can get tennis elbow from reading books of that size!

I see you have all three Perez Wonder Woman omnibuses there.

Yes, I do have all three. Is War of the Gods worth buying @SteveTrevor2.0? I don’t know enough about it.

Well, there is a lot of overlap between Perez Vol 3 and WotG. They have nine issues in common, but WotG also has 17 additional issues from multiple titles. For some reason, I prefer to read things like that in omnibus form rather than try and navigate through them all online. The story just flows better for me. I am not sure what that says about me, but I am too set in my ways so here we are.

I also take a great deal of pleasure from seeing the books in my bookshelf, so I think it is also worth it for the aesthetic. I take the cost of the book and divide it by the number of days of my life that it makes me happy to see it in a bookshelf. Looking at it that way, the cost of the omnibus is a fraction of a penny per day, which is more than worth it.

Again, not sure what that says about me, except that I am a master of rationalizing buying expensive books. But hey, I rarely go out to eat so this is how I spend that money instead.

I know what you mean about enjoying your books upon the shelf. I love my books, but I’m trying to limit my purchases to my favorite creators because of lack of space and funds.

I justify my purchases based on chores I do and the money I save based on what it would cost to have someone else do it. Also, I don’t have a lot of hobbies so this is my main money pit.

Alrighty fellow collector peeps- it’s been a while since I’ve posted so I’ve got a cumulative haul of sorts to share with ya’. Let’s dive in! 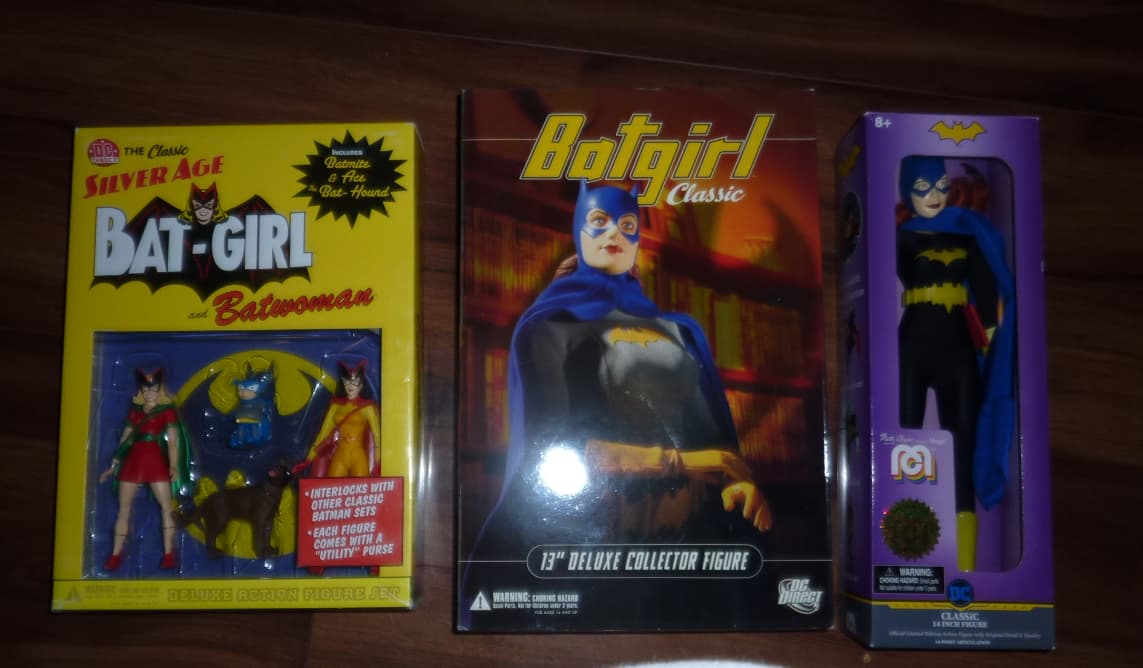 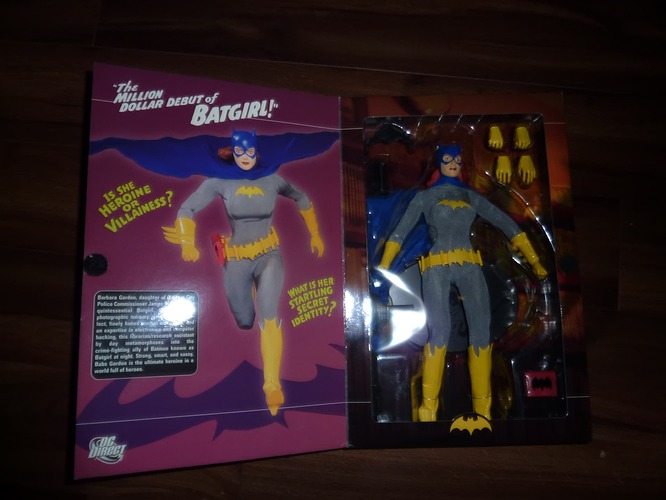 I snapped some pix this past Thanksgiving of these^^^ super snazzy DC Direct/Mego pieces from my primary collection that’s in storage down at LittleSis89’s house in LA. Super happy that I was able to scoop these up back in the day, especially that Betty and Kate set (with Ace! 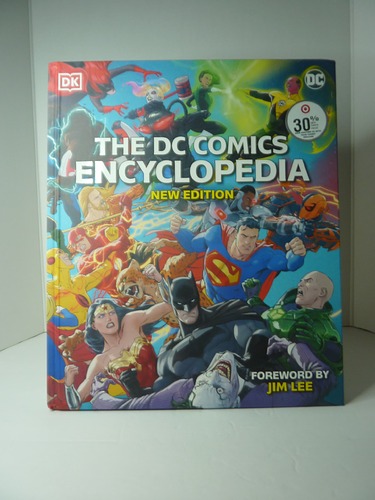 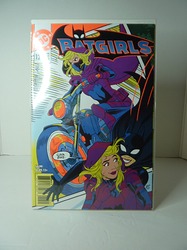 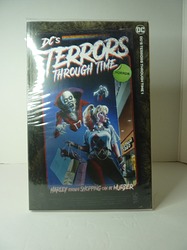 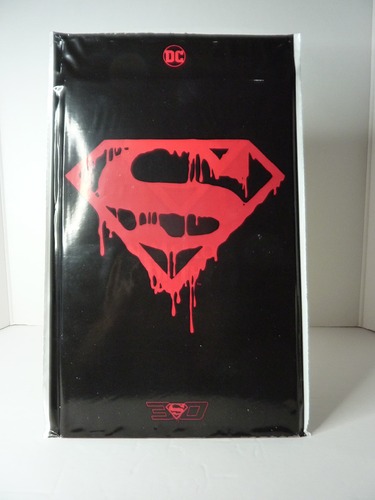 Really happy with this 90s themed BGs #12 cover and Harls on the Night Terrors cover too. Picking up this Supes TDOS thirtieth anniversary special invoked some of the same feels of Nov. 18th 1992- gotta’ get the all chrome version of this book soon. 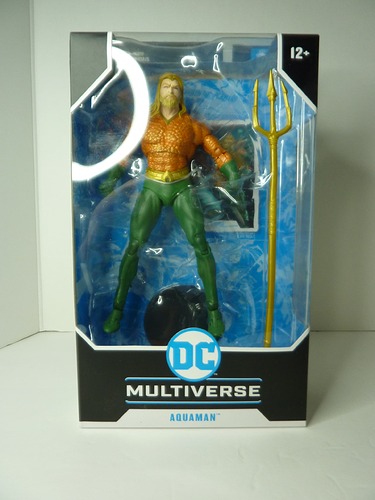 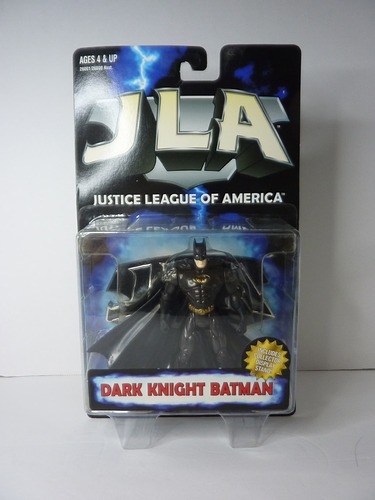 P10508131920×2560 206 KB
Saw this very spiffy all in black JLA version of B-Man and have decided to populate the JL section of my DC comics/figures/statues display with all Total Justice/JLA figures as this portion of the display will be 1997 JLA themed. 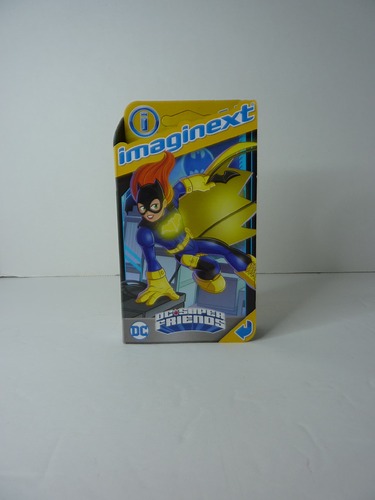 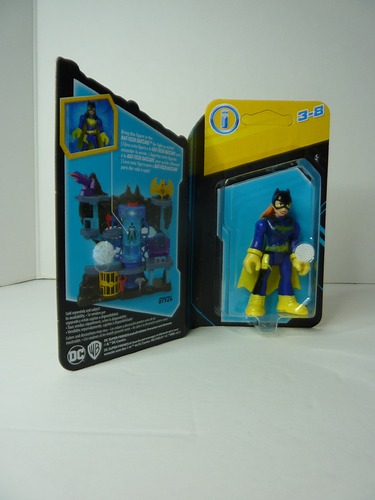 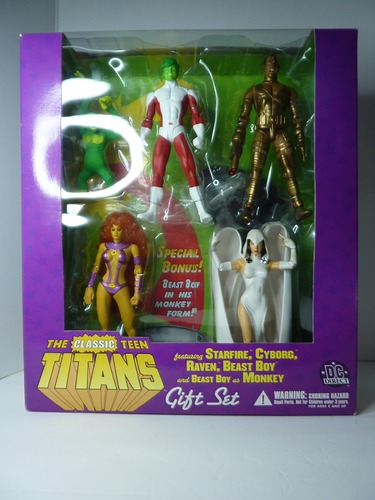 P10508151920×2560 263 KB
Am really impressed with this DC Direct classic TTs figure set. I’m still building this portion of my collection and I really needed this Beast Boy figure and the Purged (white) Rae Rae. That gold Vic will be interesting to display and now I have another Star!

OK y’all- this is the BIG one: MY VERY FIRST KEATON B-MAN THEMED MERCH PICK-UP IN OVER THIRTY YEARS!!! 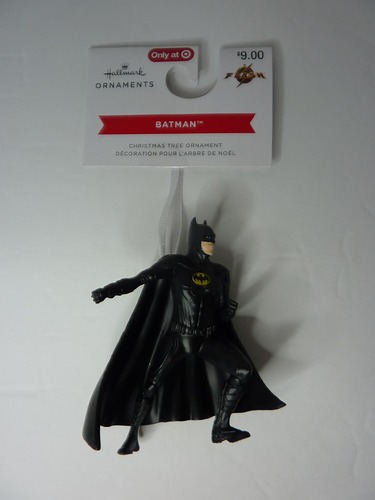 I am sooo pumped about this and am sooo ready to see the merch that’s on the way. WOOT-WOOT! 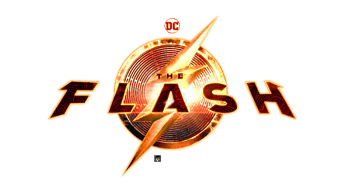 Oh, I love the Mego figure. And that Batman '89 ornament is so cool!

that Batman '89 ornament is so cool!

The B-Man ornament is actually a new Keaton themed piece from the upcoming Flash movie comin’ out later next year. I should probably go back and correct that in my post.

decided to populate the JL section of my DC comics/figures/statues display with all Total Justice/JLA figures as this portion of the display will be 1997 JLA themed.

this is a really cool idea!

and whatever DC Direct figures lacked in articulation, they more than made up for in how cool their sets were. those are so cool!

so I’ve got a cumulative haul of sorts to share with ya’. 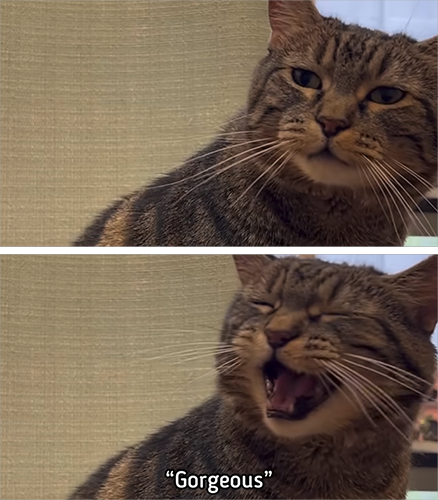 Do you have anything set up where you currently are, or plans to set things up? Would love to see all of these together on a shelf!

Have you ever been Christmas shopping for others online and just happen to “accidentally” toss a couple of things for yourself in the cart? These were both around $10 each so I obviously had to snag them. After all, my room is almost completely devoid of Wonder Woman stuff. 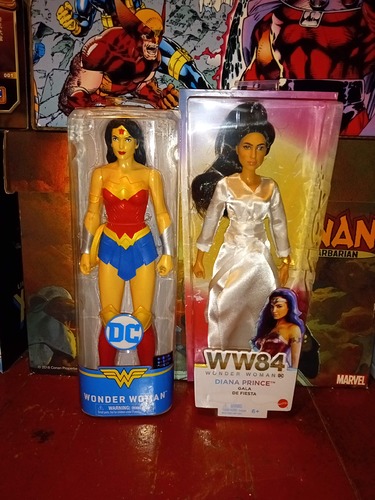 I used to lie to myself that I was buying stuff for myself while Christmas shopping to “save on shipping”, but shipping is free so now instead I am “saving the environment by getting more stuff in fewer shipments.” It’s the least I can do.