I’ll admit Kilmer’s likeness was a little off, but as someone who had been wanting a solid black, regular Batsuit (or “panther suit” as it was known during production) Batman from Batman Forever since the movie came out in theaters, and that it was never made by Kenner in their Batman Forever line, I was over the moon with joy when I saw he was coming.

“Finally, after 20+ years of waiting, we get a proper, screen-accurate, panther suit Batman!” I thought.

Shipp was also one I’d wanted since I was a kid, and he turned out perfect. One of my absolute favorites from Mattel’s Multiverse output.

McFarlane and/or Spin Master’s, which sells for a fraction of the price and, in McFarlane’s case, looks nearly as good as Mafex and the rest.

Must say, in McFarlane’s case, the figures actually look better than Mafex to me. So much more sculpted detail, and a bigger scale.

Beast Kingdom’s newest figures intrigue me though. Yes for the cloth goods costumes, and also the 8” scale. I would only indulge in a Superman though, or maybe a Trinity if they make a Wonder Woman and Batman other than TDKR. Waiting for some informed opinions/reviews.

Must say, in McFarlane’s case, the figures actually look better than Mafex to me.

Agreed, and they’re only $20 (and cheaper, at times) for the basic assortment pieces.

IDK…I think a lot of people buy the imports because its a “Oh, I only buy the import toys, as the domestic items are so gauche!” mentality.

I’ve never been one for snobbery, though. Just give me something that looks and feels good, is affordable and I’ll likely toss some paper with pictures of dead famous people on it (or the digital equivalent) your way, toy companies.

IDK…I think a lot of people buy the imports because its a “Oh, I only buy the import toys, as the domestic items are so gauche!” mentality.

Some folks come across that way, but I find most folks who prefer the imports like to pose their figures a lot more than the average collector. Like, articulation is the number 1 thing on their list of figure needs/wants. When it comes to that, the Japanese companies (at least I think they’re Japanese) seem to really have things down.

I love to pose my stuff a ton, but I don’t feel the need to shell out a hundred bucks for it, either. At least for product that’s new and currently in-production. Vintage stuff, OTOH? That’s a different story.

Japanese companies do have a way with articulation and design, however. Not DC-based, but Kaiyodo made some beautifully designed figures for Trigun (an anime/manga property) in the early '00s. The things those figures could do and how they could be posed?

The things those figures could do and how they could be posed?

Yeah that’s what I meant. Folks seem to fawn over that stuff a lot more than I ever will

I’m an articulation junkie, but I usually display my figures in vanilla, at-attention poses, as it creates a more museum-like effect, I’ve found (it also saves a ton of shelf space, too 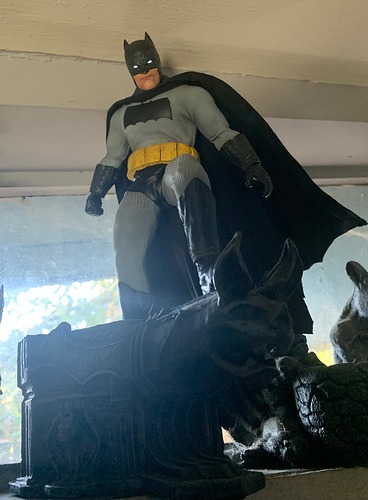 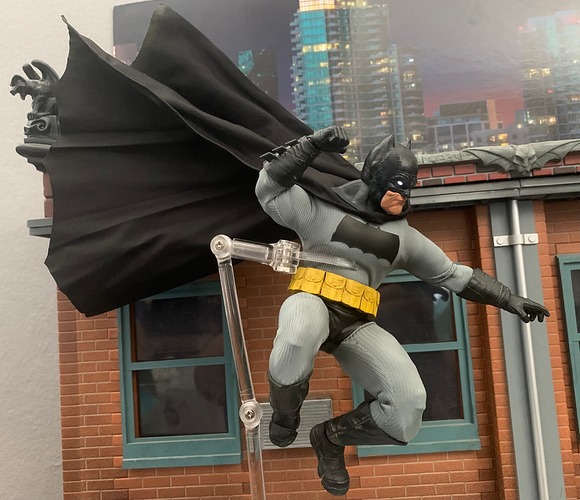 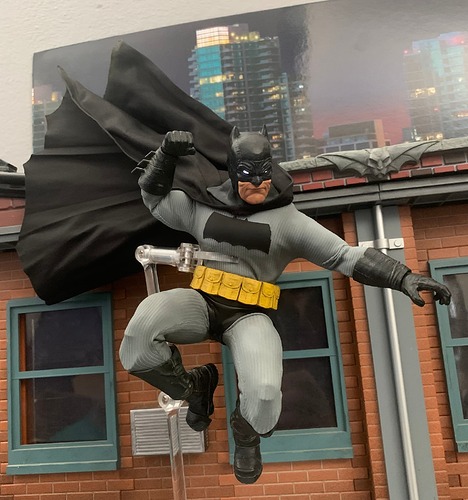 Groovy photos, and a nice use of what looks like NECA’s street display background.

Thanks and correct that’s a Neca street display
Good eye 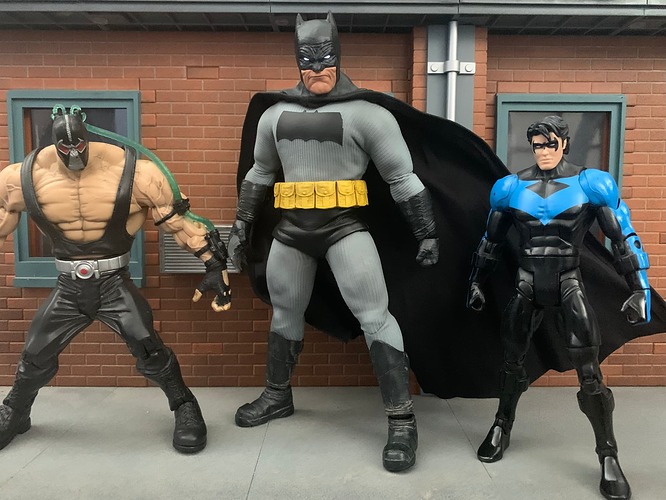 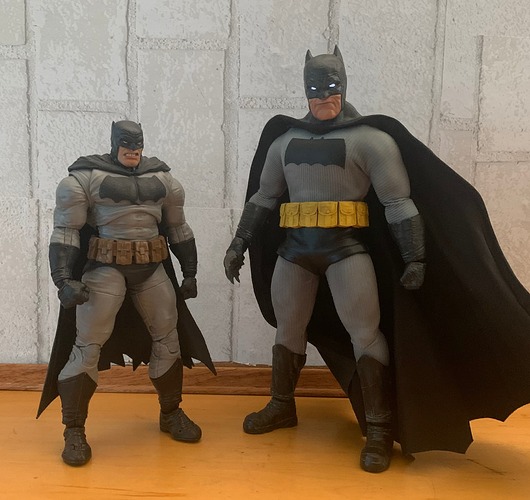 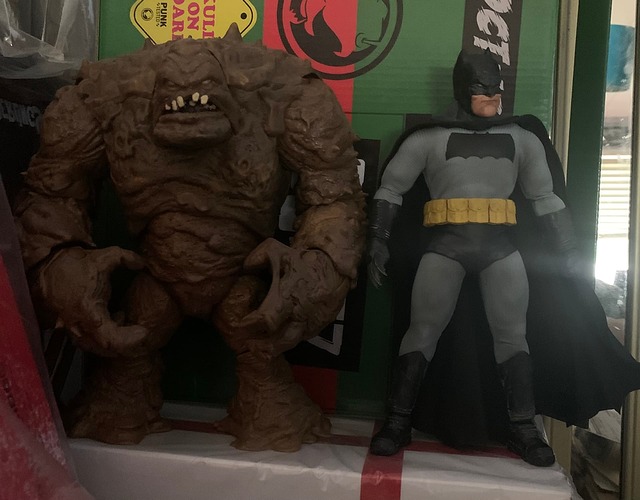 Two of my favs from Mattel.

Just got back from BrickFair and while I didn’t get too much Lego stuff since most of it was hella expensive, I did snag these Black Canary and Stargirl minifigures along w/ a tiny Batwing!

I love that Batwing!

Nice snags! I have that Black Canary in my Lego Batman Movie set-up, and its a favorite of mine. Belt it, Dinah!

I did snag these Black Canary and Stargirl minifigures along w/ a tiny Batwing!

Was at Walmart yesterday and stumbled on these: 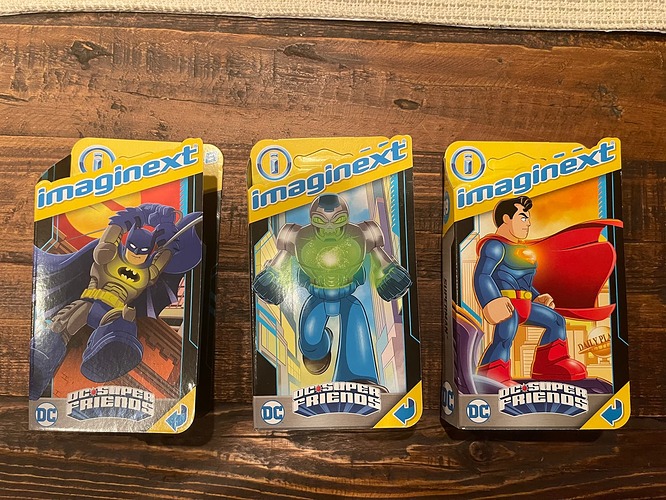 What compelled me to purchase was the packaging. I mean look at this little book style case! I’m rarely tempted to keep anything in box, and this is one of those few instances. 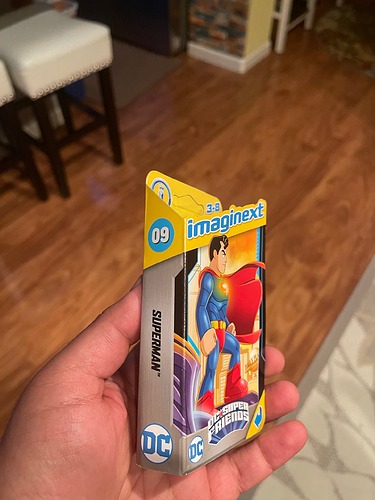 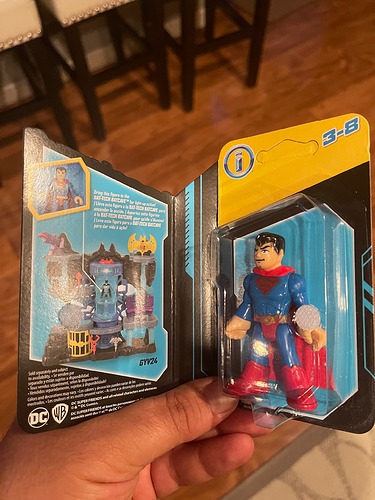 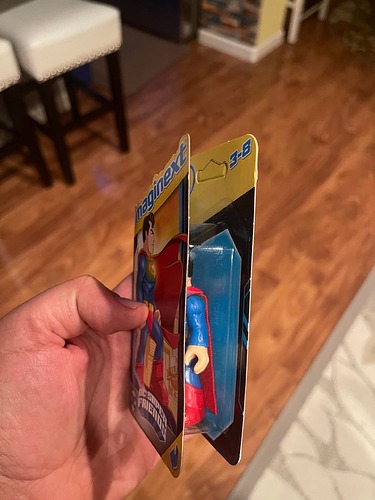 @Vroom, what’s the word on what’s been released or coming down the pipeline with these? Finding it very hard to find reliable info on ‘em online, and I know you collect ‘em.

That batwing is amazing along with the mini figures.

Those are so cute!