I went to grab some new release comics from this and last week at the store today. I got Batman: Urban Legends #15, Justice League #75, and Seven Secrets #17 (not DC sorry). But I also found two other comics I hadn’t been looking for.

I found Blue Devil #13, which I really only grabbed because Eddie Bloomberg is sort of in it and the cover looked cool. Plus it was only a dollar.

And then I found Robin Annual #3. I’ve been slowly collecting all of Tim’s solo Robin run so this was a nice find. 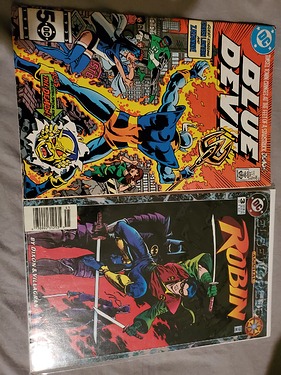 Not sure why the picture is sideways so sorry. 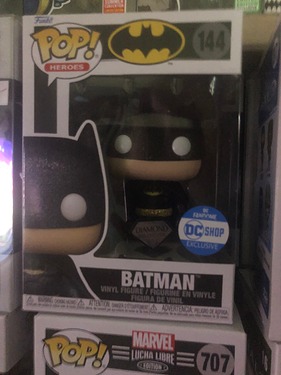 Sweet pick-ups, especially Blue Devil, as that series is grand and glorious in how fun it is.

Pick-ups from this past Friday: 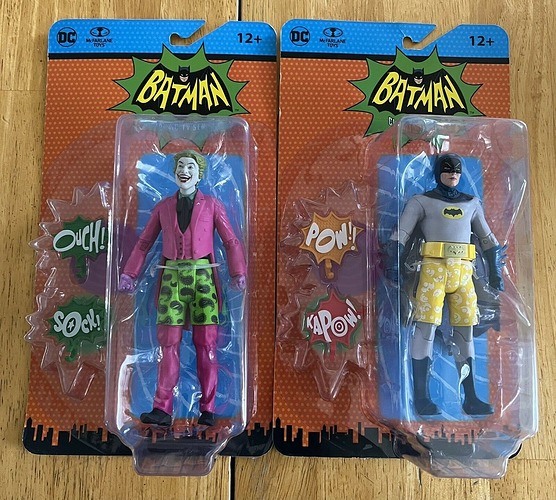 Target had them on clearance for $5.39. I didn’t scan Riddler to see if he was marked down, but he likely is.

At that price, I don’t mind the lack of surfboards (like their Mattel iterations had), so I grabbed 'em.

Since we’re talking about Pops, this was the piece de resistance of my Friday Finds™: 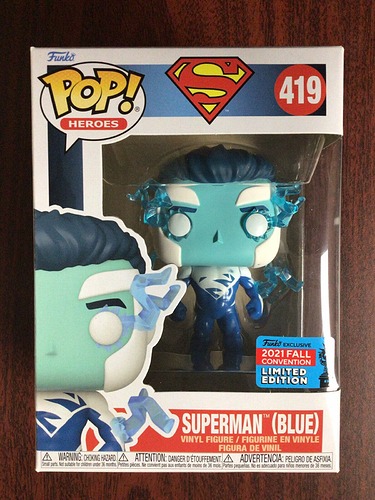 My thanks to Funko for making a Pop of Superman in his best non-regular Triangle Era suit.

Now we just need the following:

Also, if Funko wants to set Guinness World Records for Biggest Pops Ever?

Do the Millennium Giants. 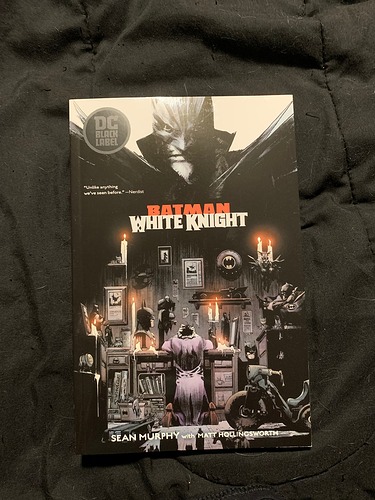 The art looks very nice and Sean Murphy looks to be doing some cool things with his new universe, looking forward to reading it! 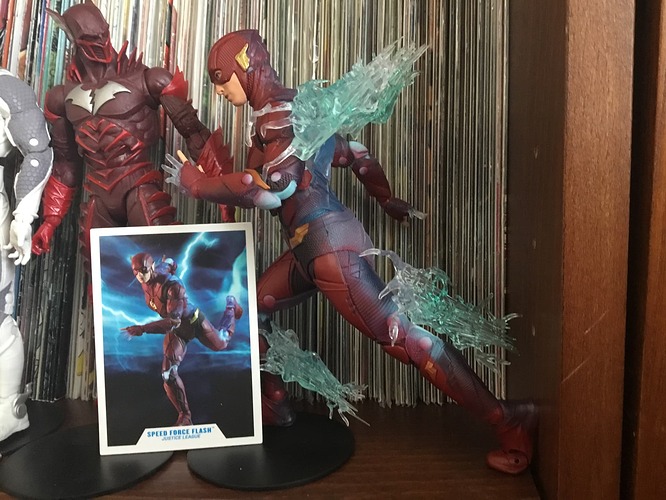 Today, courtesy of GameStop
I got the CW Flash. 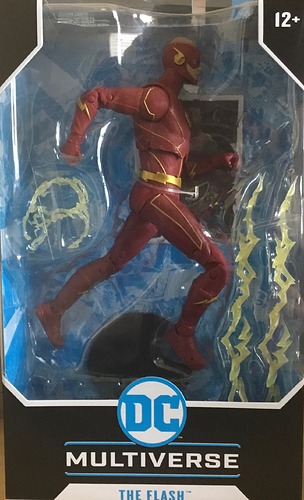 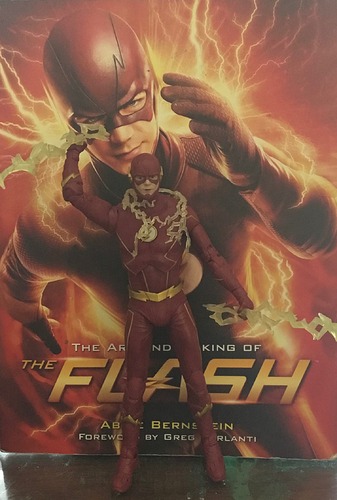 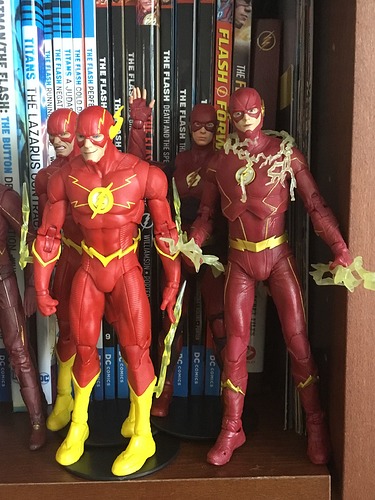 I was able to get Green Lantern: Legacy from my LCS on Free Comic Book Day for half off. I’ve had my eye on it for a while and am excited to read it.

Neat! Definitely looking forward to him and, most especially, Godspeed. 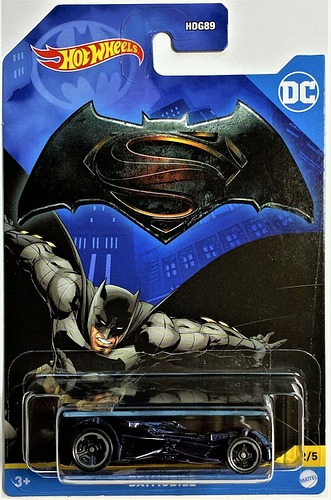 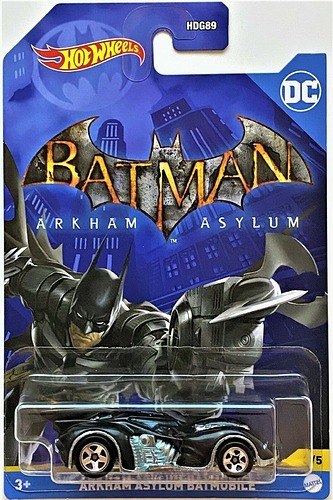 Something to read is always a great pick-up.

Let us know what you thought!

Enjoying it so far, feels like a mature continuation of btas which is very much welcomed Since btas and the Arkham games were my primary source of Batman when I was younger.

Oh my gosh your question for whatever reason didn’t register to me as you asking where I got them til now sorry, I got them from 2nd and Charles, They sell comics, video games, books, and some other cool stuff. 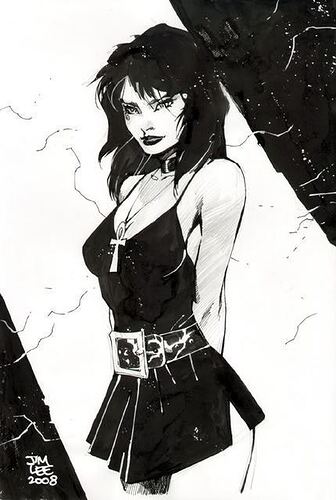 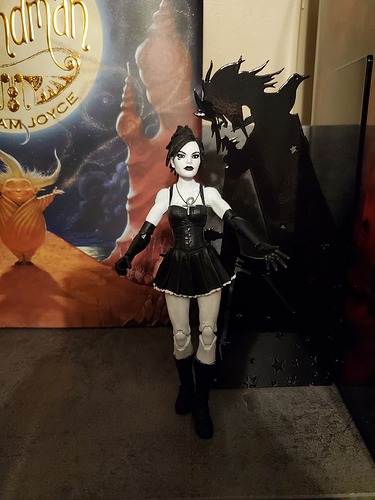 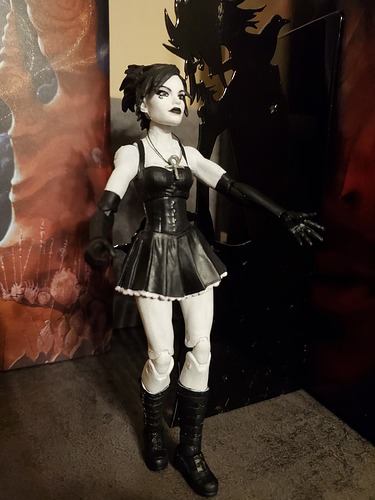 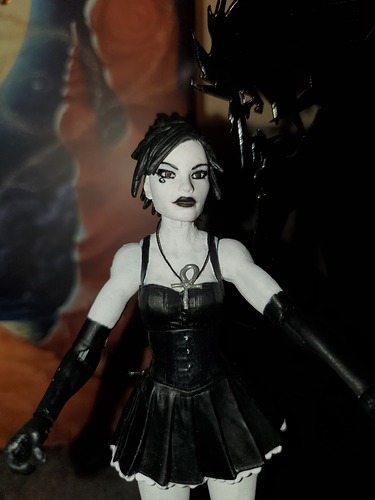 Finished the book, absolutely amazing, It had just about everything I like from the Batman mythos and was all done incredibly well, 10/10.

pulls out a rubberbanded wad of Monopoly cash

How many Xeroxed Monopoly bills for a duplicate of that amazing piece of art, good sir?

Also, I’ll kick a few bucks in as a tip, both for your services rendered and your use of Jim Lee art.

While they have 0 locations in my humble metropolis, I know of them from YouTube toy hunting videos, wherein certain folks stop in and peruse their latest offerings in the field of plastic crack (“action figures” as the Muggles and Mundies define them).

There’s a chain similar to 2&C in my 'burg though, and it often has a stellar selection of comics, toys and other pop culture-centric asskickery (including an amazeballs selection of physical media).

Picked up some goodies at Barnes & Noble in the city today.

Edit: not sure if the picture is working or not. But yeah I picked up MAD: Treasure Trove of Trash Vol. 1, The new Barnes & Noble exclusive Sandman Vol 1, Superman’s Pal Jimmy Olsen: Who Killed Jimmy Olsen? And Tails of The Super Pets! 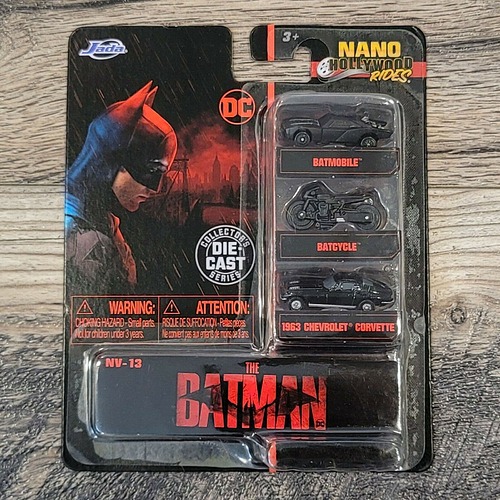 I’d love to see one from Batman Forever with the Batmobile, Batwing and Batboat.

Those are so cute!