Just because he doesn’t have powers doesn’t make him any less of a hero. Make more figures of him, DC! 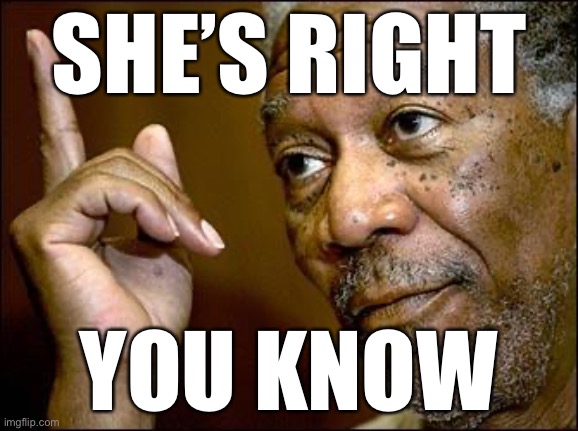 There is always Funko as well but I know you are trying to quit. 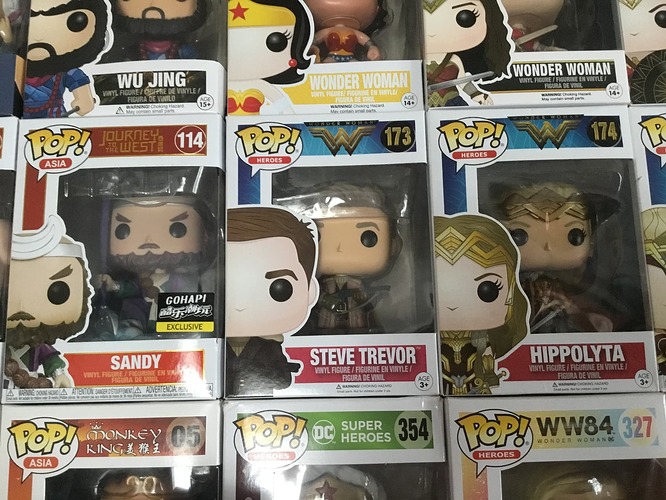 Hey! I have that same Twitch figure from Toy Story 3. I believe that was a hard character to find back then.

Did you make the Darci figure? It looks great, but it got me curious if you used the Mary Jane body mold or the Vintage Invisible girl?

I can’t wait for the Funko Jurassic Park Movie Moment with John Hammond and the front gate, and the Movie Poster they did.

Hey! I have that same Twitch figure from Toy Story 3. I believe that was a hard character to find back then.

Awesome- I came across it by chance in a Value Village in Alaska.

Did you make the Darci figure? It looks great, but it got me curious if you used the Mary Jane body mold or the Vintage Invisible girl?

I did make her. Her head is from a Marvel Legends Sharon Carter: 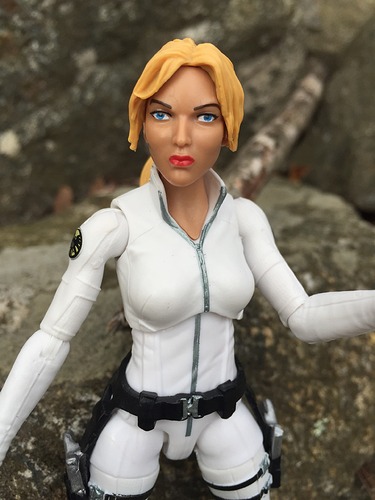 And from the neck down, she’s a repainted Marvel Legends Enchantress: 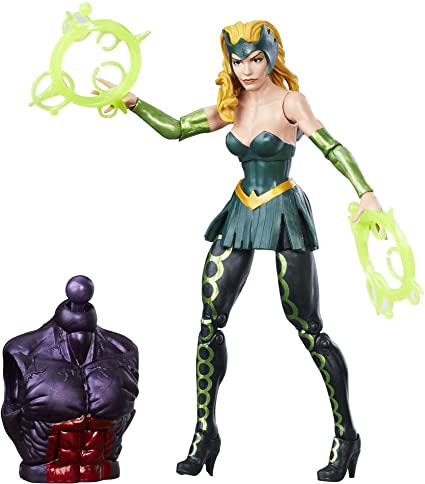 Does Peacemaker not come with a two head version, toilet bowl on and off?

Nope. This is the regular version: 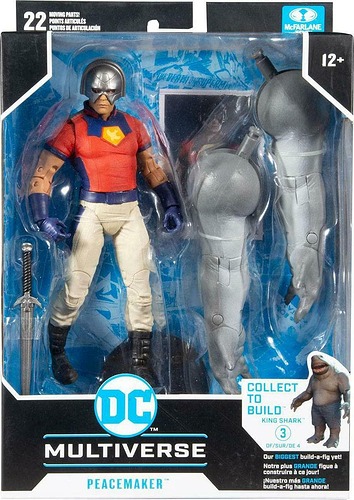 And the Target exclusive edition: 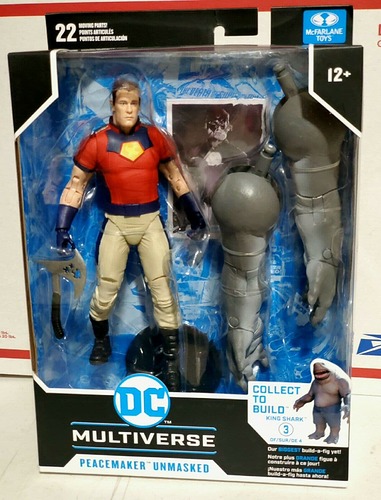 Going back to Day One in 1994, its long been a tradition of McFarlane Toys action figures to offer slightly different things (be it heads, accessories or what have you) in different packages, rather than in the same pack.

I get it and it makes sense, business-wise, because why sell one product when you can sell two?

For $24.99, I stuck with the regular Peacemaker, and passed on the Target iteration.

At $7.49 for the unmasked take on clearance? Yeah, that’s worth a new head and an axe.

Huh. I have to admit, I have sometimes liked an exclusive edition, but I am not a fan of double dipping (with some slight exceptions when it comes to Steph - I did buy five first issues of Batgirls for the variants, when I normally force myself to buy only one, and I have two DC Multiverse Spoiler action figures

I am not a fan of double dipping

It depends on the figure for me.

Like the Multiverse Grifter that I’m still gushing about?

Yeah, getting a double of him to keep boxed when he lands at physical retail. Todd needs to see WildStorm fans care about their characters thriving in plastic, and the way he sees that best is when the register beeps with a sale for Mr. Cash (Grifter’s real name being Cole Cash, for the unaware).

I have 4 of the Spin Master Green Lantern, though. Two carded, a loose one in my Heroes Unite display and a loose one I fiddle with at my work desk.

After well over a year of him having very minute retail availability, when the floodgates did open at Walmart, and he became as easy to find as most other Heroes Unite figures are, I wanted to soak in all the chances I could of finding him at retail.

See, you’ll likely do the same thing when Steph Robin figures happen…because Minerva and Hera know I will, and I know you’re a bigger Steph fan than me, so there you go.

When it comes to double-dipping in other hobbies…hoo…the number of times I bought Army of Darkness on various formats…maybe I shouldn’t think about that. “Basically.”

Oh, unless they make a Steph figure in any costume that is super ugly, I’m buying at LEAST two of them! (I don’t own a Mara Jade figure because I think they did not respect her - it’s such a bad action figure! Same with the Steph Batgirl action figure, actually - it has two strikes against it, for me - 1) she has a weird tilt to the way she stands, 2) all of the figures are something like 200 dollars!)

(I don’t own a Mara Jade figure because I think they did not respect her - it’s such a bad action figure!

I know you’re not talking about this one: 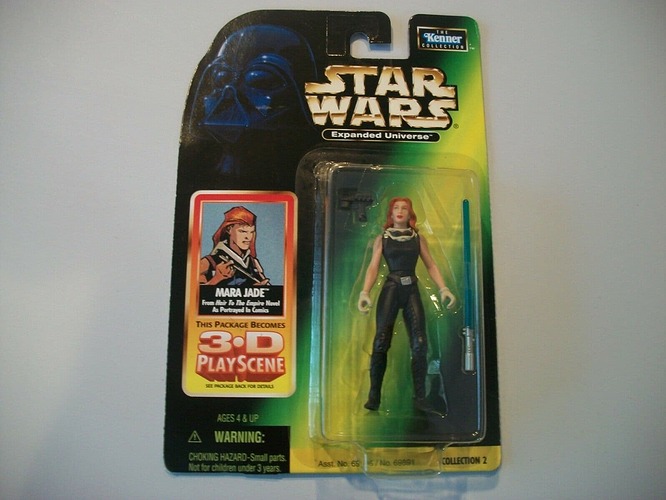 Uber-Star Wars nerd me in 1998 just loved that one. When the Expanded Universe wave hit retail, the screams of thousands of plastic-loving geeks could be heard from here to Alderaan.

I don’t want to even think of the number of afterschool toy runs I did to Toys R Us looking for Mara and friends, but it was a lot.

Same with the Steph Batgirl action figure, actually - it has two strikes against it, for me - 1) she has a weird tilt to the way she stands, 2) all of the figures are something like 200 dollars!)

Yeah, her tilt was such a turn-off that it made me pass on her and the others in the Batman Reborn line.

As for the price, eBay sellers are funny when it comes to older items from DC Direct.

They seem to think they’re worth a lot because of their age and because they were made primarily for the specialty market (and in much smaller quantities than anything sold at Target, Walmart and the like), so therefore they should have a ridiculous price attached to them.

They can just think that as I scroll right on by their listing(s).

I get sellers wanting to make as much in a sale as they can.

However, you have to be reasonable as well. Know your product (and if you don’t, do some research) and offer it at what its actually selling for. Do you want to sell something and make some money, or not sell anything and make bupkis?

You can price the DC Direct Steph at $200 all you want, but nobody will buy it, because while it is only 1 of 2 Steph figures that currently exist, it is in no way worth many times over what it retailed for.

Note to eBay sellers: Stop overpricing the Authority and Transmetropolitan figures. I would like to buy them from you, but at reasonable prices, P/TY.

That Mara doesn’t seem so bad. The one I keep seeing is the comic book dual packs, with Mara and Luke and an issue of the Heir to the Empire comic book - and Mara’s face just looks terrible.

Yeah, if Steph Batgirl were going for $50, I would probably get it. Wincing a little bit, but it’s not the worst figure. But a tilty figure for $200? Nope. (And if you have a Steph Batgirl you’re willing to sell for $50 or under, my DMs are always open!

I do have two Steph Batgirl Heroclix, as well as her Robin and Spoiler figures from that game. Never played the game once. Just like the little figures!

However, the gates do open on this beast of a playset from Kenner. 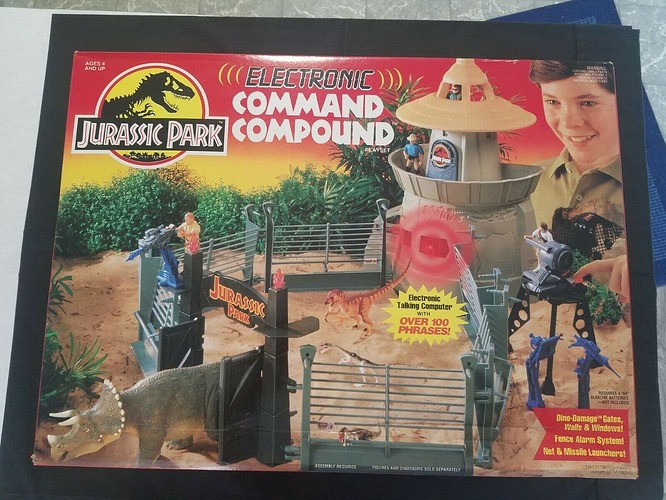 I do have two Steph Batgirl Heroclix, as well as her Robin and Spoiler figures from that game. Never played the game once. Just like the little figures!

I’ve never played HeroClix, but I used to have quite a few of the figures.

Primarily, because there were many snazzy figural representations of things not seen in other toy lines at the time I collected them ('03-'04), and something’s better than nothing, after all.

The one HeroClix I really want to pick up is Superman Blue (and Superman Red, if available), as I loves me some Superman Blue. 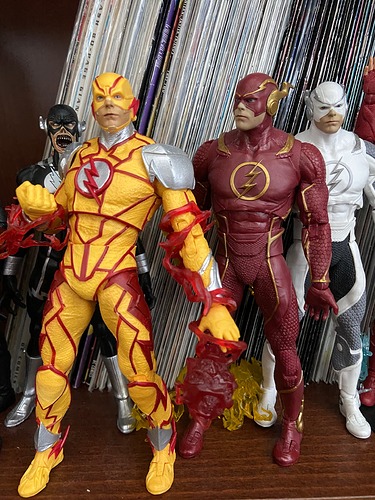 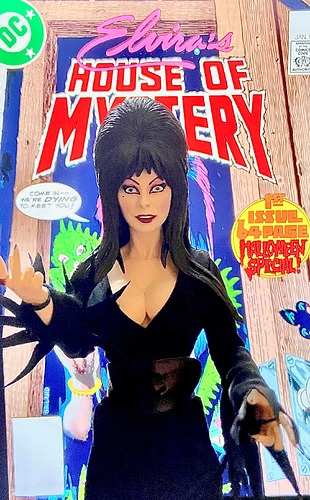 And, while I was waiting for my shift to start, I preordered from Target…. 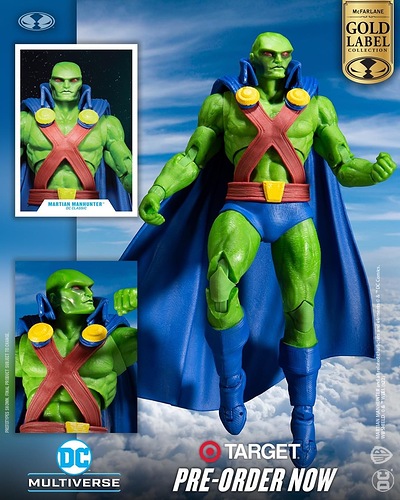 Hmmmm not sure I deserve this on this occasion…… 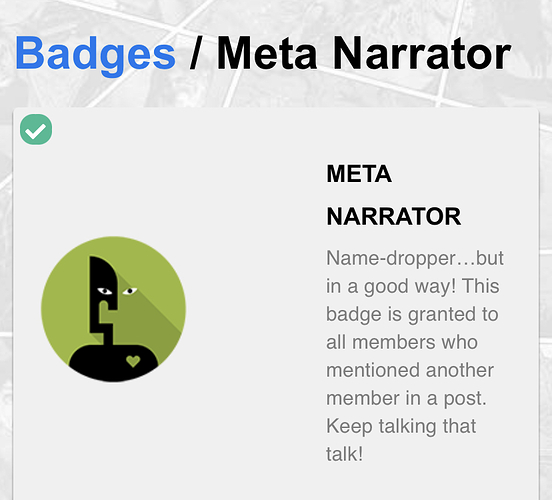 I mean, unless For Your Entertainment (FYE) is a member here in the DCUI Community. I wasn’t trying to name anyone specifically with that post.

I absolutely love that GL MM.

The Rebirth J’onn is my #1 Multiverse figure of the year right now, so I feel confident that the GL iteration will be my #1 GL fav of the year when it hits.

There is always Funko as well but I know you are trying to quit.

I love that you said “trying to quit” like Funko Pops are cigarettes or something.

I actually do have that Steve Pop! I’m pretty sure I posted a pic of him and the ice cream Diana Pop over on the Funko thread. I told myself that was all I could get. But maybe if I wanted to attempt some customs….

(Yeah it is an addiction, you’re right.

This was my 1st time at Big Lick Comic-Con, but once I saw that Rags Morales was gonna be there, I knew I had to go. It’s probably the smallest con I’ve been to so far but I had a good time, especially since I was able to meet Rags, who was very cool and gracious, and have him sign a handful of books 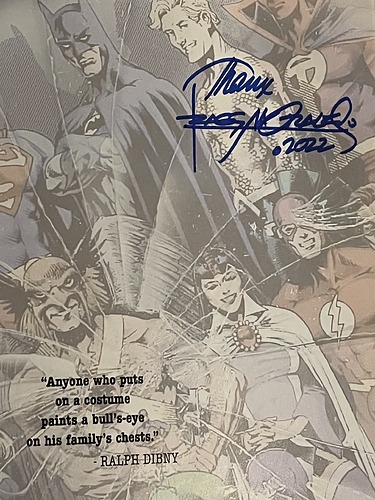 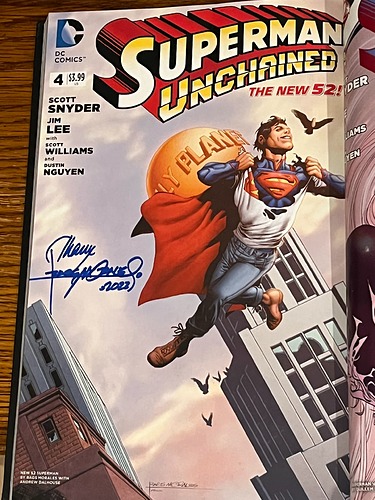 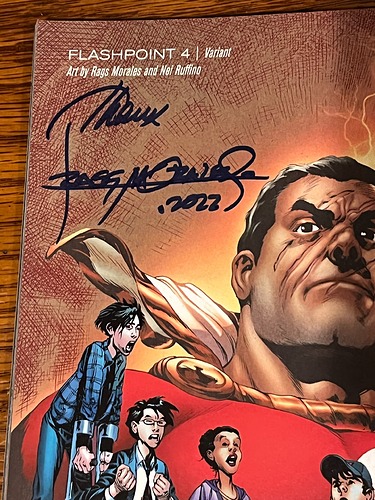 Along w/ a previous signature from Robert Venditti 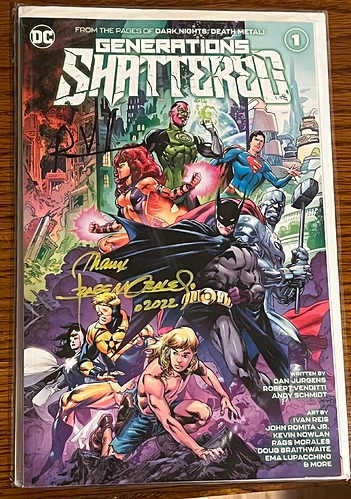 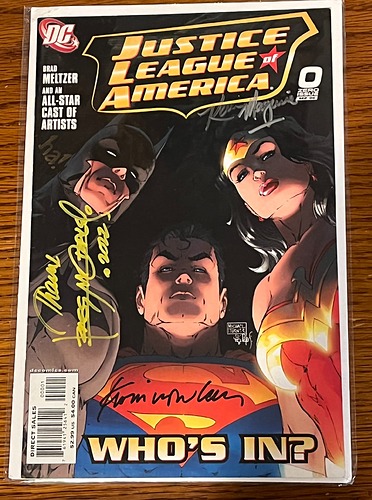 And picked up a few floppies as well. I’m especially happy about the Bizarro Action Comics issue, since I’ve been looking for that for a few years now. The other issues were from a $1 box and I should be able to get a couple signatures on Aquaman later this year, so you can’t beat that 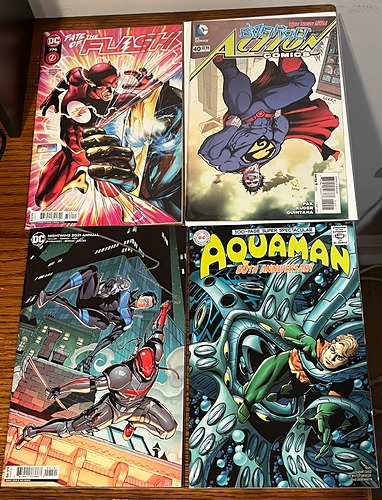 That is one sweet shelf.