Where my gays, lesbians, and everything in between at? What’s the best part about LGBT representation in DC? And what do you wish was better represented in DC?

Has there been much representation past Batwoman in recent years? Previously they had Obsidian but he has all but been erased from history it seems. Apollo and Midnighter are about as mainstream as it gets right now I think and do they exist anywhere currently? I am part of the T of the LGBT umbrella. I find it disheartening that the entire umbrella seems not to be represented very well. I never really see my community (all the LGBT family), not even in team books. The real world should be somewhat reflected in these books and that means people from all walks of life should be heroes!

Yeah no representations like I feel there should be in this day and age. I only know Batwoman and Rene Montoya from DC and Wiccan and Rictor from Marvel. I’m sure there’s more but they’re just minor I guess

The representation, especially among trans folks, is woefully lacking I agree! I won’t write a think piece here about how costumed heroes are a metaphor for the queer experience and all that but I know I identified strongly with many of them as a Gay kid. Sad that many creators dont feel the need to write characters that reflect so many of our experiences. Listen I’m not asking for much here just a mainstream lgbt character who doesn’t die or turn evil?!

Priest even said that he wrote Triumph (a founding member of the JL) as gay but then he was literally erased from history. Props to the Arrowverse for introducing both The Ray and Captain Cold, as well as a reformed Pied Piper and a lesbian Batwoman and White Canary into their universe. And the Bi’s have Wonder Woman, of course! So I feel like were moving in the right direction. Time for a badass trans superhero!

It’s pretty cool how much they’re raising Constantine’s profile. He’s in current comics, animation, and live action TV. The new animated Harley Quinn trailer also showcased Ivy, hopefully they explore their relationship on there. I do wish they would bring back the Midnighter title. It’d be great if DC Universe got enough content where it could be like Netflix where they have categories for their content based on genres, like action, romance, etc., with LGBT being one of the categories.

I would love it of DC came out with some more trans heroes, or at least more stories about the trans community. To me comics have always had themes that matched the themes that I could relate with LGBT themes and seeing actual heroes who were out and proud was a phenomenal thing to discover. The double identity was really something that was remarkably similar and I really related with those characters and I looked up to Midnighter and Apollo, and then I discovered Ralph Dibny who was “out” and I thought that was sooo cool and I fell in love with John Constantine who I found out was bisexual, and I loved the story arc with his boyfriend though it was terribly sad, but anything John Constantine is terribly sad.

I’ve very exited for a trans character this season on CW’s Supergirl!

Here is a great article about her, by the way, and she looks absolutely adorable and I bet will do great on the show, not familiar with her character though: https://www.usatoday.com/story/life/tv/2018/10/10/nicole-maines-plays-first-transgender-superhero-cws-supergirl/1583499002/

I personally love this thread - As a side note DC have had a few transgender characters in the past including Coagula (Kate Godwin) from the Doom Patrol.

Keep the Rainbow flag flying all over the Universe!! See you at Gotham Pride

Would she appear on the Doom Patrol show on DC Universe? 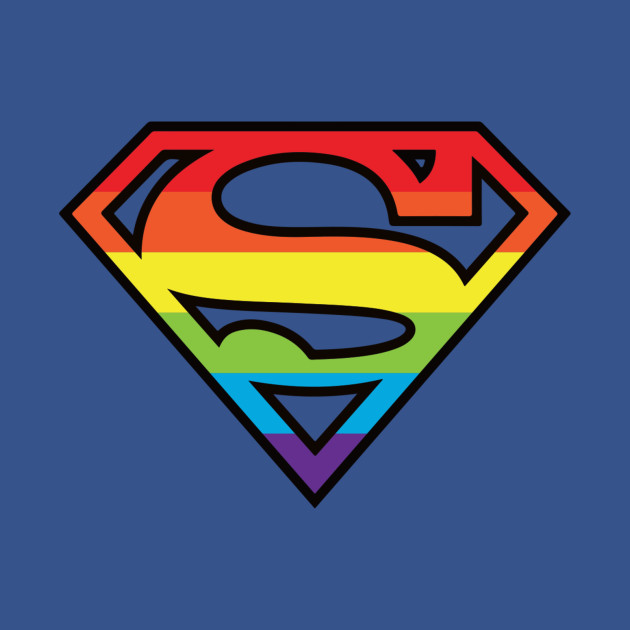 For anyone who may be interested, Supergirl star Nicole Maines was on The Ellen Show today and gave an interview about growing up transgender.

She’s awesome! Thanks for sharing that video. I wish I had her hair. This season of Supergirl will be really super.

I have really loved the recent series we got with Batwoman and Midnighter. Those are definite bright spots for me representation-wise.

Oh!! I’m very excited that I found this thread! There are some characters here that I didn’t know about, and I’m very eager to check out.
I agree that I would love even more representation. I appreciate what the Arrowverse has done, especially since it seems like they’re game to continue to add to the representation across those shows rather than just deciding it’s good enough as-is. As a fan who has subsisted mostly on headcanon, any canon representation is always appreciated.