The planet of Tamaran and its people are not very explored within the DC Universe. We have Starfire, Blackfire, and Ryand’r, and we visit their parents from time too time but that’s about it. So there hasn’t been much to showcase diversity within their people as all having been depicted with gold skin (now orange but it started out as gold), either Red or Black hair, and Green or Purple eyes. IDK about you but I would like to know more about them.
We know Tamaraneans evolved from a race a of felines, that their bodies absorb sunlight, they’re more durable than humans, and are naturally born with the abilities to fly and super strength. Different versions also see the ability of Starbolts being the result of experimentation from another alien species or part of their genetics, and learning language through either any physical contact or strictly by kissing (personally, I prefer strictly through kissing cuz it would be passes through the tongue and having it be any physical contact means Starfire chooses kissing as her preferred method which just sexualizes the character more, but that’s neither here nor there). But again that’s pretty much it.
One thing I have thought about is since their bodies absorb sunlight, the fire that generates in their hair would have to be the cause of that since a sun is just a burning ball of gas and fire. And would this make them fireproof since their hair doesn’t burn? Mixing different gasses and chemicals creates different colors of fire when burned. So I think natural hair colors would have to be reminiscent of that. Here is a picture of some possibilities: 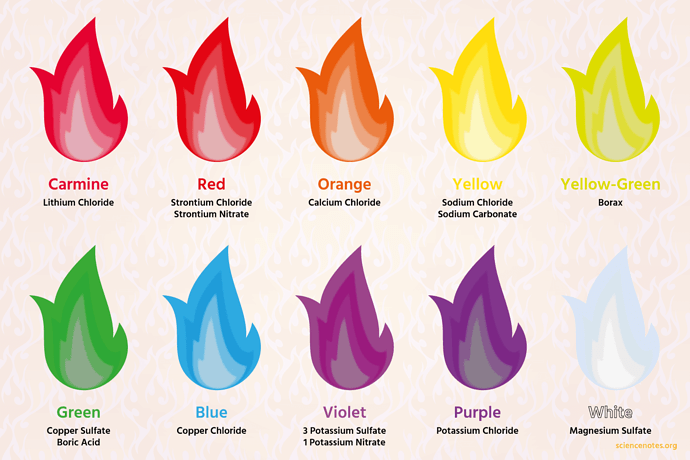 Flame Colors1500×1000 198 KB
What do you think? What makes their skin gold and what other colors could there be? What are the different colors their eyes could be and how does that translates to Starbolts as their eyes glow when using them. Would or should Starbolts be a genetic trait? And why don’t they have pupils…?
1 Like