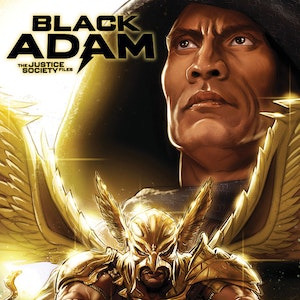 To commemorate the theatrical release of Black Adam, DC has published a series of four tie-in one shots under the Black Adam: The Justice Society Files banner, which star Hawkman, Atom Smasher, Cyclone and Dr. Fate, all of whom make their big screen debuts in Black Adam.

The books take place before the movie and can be read all-together, or if you just want to focus on one character, you can pick your favorite and go from there.

All four books are now available at retail, while 3 of the 4 (Hawkman, Atom Smasher and Cyclone) are available in the DCUI library for Ultra members, with the Dr. Fate one-shot making its Ultra debut in November.

Are you going to read The Justice Society Files before you see Black Adam? Maybe after?

Either way, chime in with what you think of these one-shots and what you feel they contribute to the movie and the DCEU in general (Spoiler alert: The books are pretty darn good.

I have mine sitting in my chair ready for me to read before I head out to the movies!

I will read after watching. The best way to see a movie is to be introduced to the characters by the movie.

I read the Ultra-available issues (with Cyclone being my fav, so far) before seeing the movie, and just might re-read them, now that the movie is in my mental sponge and I can compare the comics to the flick.

Spoiler about Hawkman: One of my favorite things about it was Gentleman Ghost’s appearance. Mr. Craddock has always been a favorite Hawkman villain of mine, so to see him in the DCEU was very cool.

I have to say, @moro has inspired me. He snagged the Dr. Fate issue after reading the previous issues here and I just might do the same thing.

makes a note of “Yoink BATJSF: Dr. Fate at Yon Comic Shoppe next Tuesday” to himself 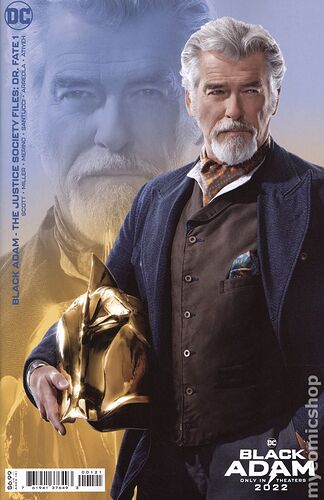 I have to say, @moro has inspired me. He snagged the Dr. Fate issue after reading the previous issues here and I just might do the same thing.

See? We’re inspiring each other to spend more money on DC!

Seriously though, it’s a great read. I already posted my take here:

After The Movie: Black Adam and Hawkman

Going to see the movie today. I’ve read a few things on this list. Quick takes on my Black Adam reads below: Black Adam: The Justice Society Files My favorite out of what I’ve read. Great comic in its own right. Does a great job of fleshing out the JSA members and giving them backstories/origins. For the first time I actually find myself genuinely interested in them. The mini also tells two other stories: Teth Adam’s early days in ancient Khandaq (surprising how peaceful he was), and back…

We’re inspiring each other to spend more money on DC!

I have both seen the movie and then read the four stories! I decided to read the main features by Cavan Scott first - I don’t know much about Dr. Fate, Atom Smasher, or Cyclone, but I liked the Gentleman Ghost nod in Hawkman! There were some interesting darknesses to Hawkman and Dr. Fate’s stories, and very inspirational, kids wanting to make good qualities to the Atom Smasher and Cyclone ones! I’m very curious to read a bit more about those two young-uns now!

I read all four pieces of the backups together aftewards, and I have to say, even though it’s Bryan Q. Miller (who is really the reason I bought these books, since he wrote the best Batgirl series of all time!), it felt a bit too much like the producers were pretty strict on what could happen. So it’s a bunch of relatively fun vignettes about Black Adam and his son, but doesn’t really do much once you’ve seen the film. Which, fair enough, but I dunno. The flashbacks felt unnecessary. The Adrianna storyline felt more interesting - like BQM was trying to write her like Sarah Shahi’s most famous TV character, Shaw from Person of Interest.

Pretty fun overall! Glad to have them in my collection.